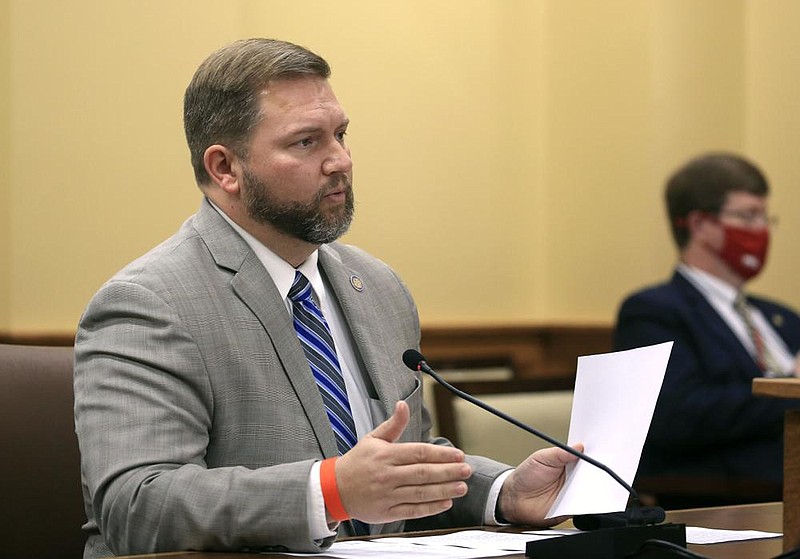 A bill that would require that pregnant women be notified of the availability of medical, welfare and private assistance programs before receiving an abortion was advanced Thursday by the House Public Health, Welfare and Labor Committee.

House Bill 1195, by Rep. Jim Dotson, R-Bentonville, would require that women seeking abortions receive a "resource access assistance offer." However, they would not be required to follow through with any of the services offered before receiving an abortion. The title of the bill is the "Every Mom Matters Act."

Dotson's bill also would require the state Department of Health to set up -- and fund -- services that coordinate and connect programs to women who seek assistance under the law through a hotline.

The bill does not create any new services for women -- other than the creation of a toll-free hotline -- nor does the bill provide additional funding for current programs.

"Many abortions are driven by socioeconomic concerns that preexist a pregnancy," Dotson said. "Many women seeking abortion experience heightened stress and are unaware of the resources available to them."

The cost of establishing such a program would be between $1.2 million and $1.5 million, Dotson said, using the example of similar programs in other states. The Health Department rebutted that estimate, however, saying the legislation could cost $4 million to $5 million to implement.

Several Republicans on the committee -- including Dotson -- said the cost would be appropriate if the bill resulted in more women choosing to carry their pregnancies to term.

Dotson estimated that as many as a third of women who receive the notice of assistance would choose to forgo an abortion, resulting in about 1,000 more births in Arkansas each year.

There were 2,963 abortions performed in the state in 2019, according to statistics from the Health Department.

Rose Mimms, the director Arkansas Right to Life, an anti-abortion advocacy group, also spoke in favor of the bill Thursday, saying it "will go a long way in helping to reduce the number of abortions in Arkansas.

No members of the public spoke against the bill, which is one of several bills aimed at limiting abortions.

"We have serious concerns," said Holly Dickson, the executive director of the American Civil Liberties Union of Arkansas. "It adds yet another obstacle before a patient can obtain care and would outsource to private entities varying advice to be given to patients."

Dickson also expressed concern that the measure would result in the state partnering with crisis pregnancy centers that are run by anti-abortion groups.

The committee passed HB1195 on a voice vote, sending the bill to the House floor for consideration.