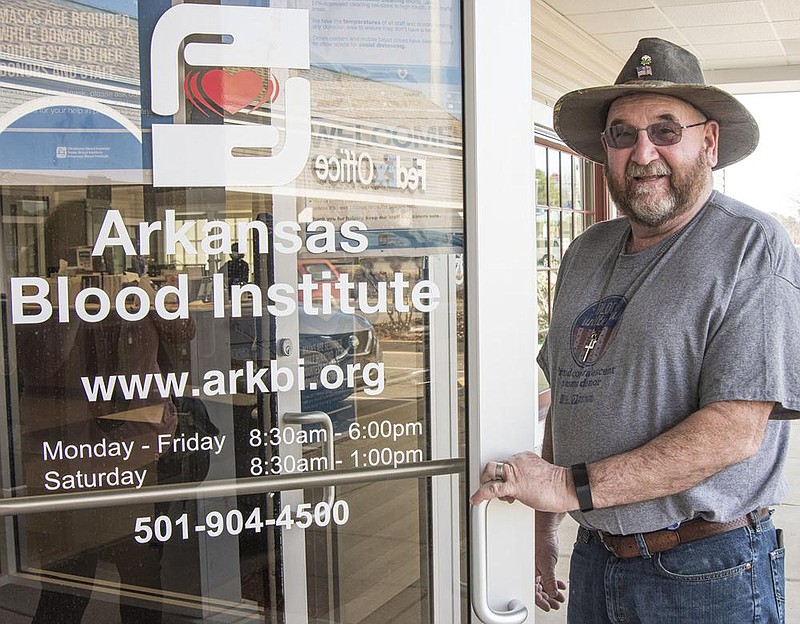 Keith Perkins has been a plasma donor since 1999 and has donated 19 units of plasma since March to the Arkansas Blood Institute after recovering from covid-19. Next month, he plans to make his 20th plasma donation. (Arkansas Democrat-Gazette/Cary Jenkins)

Keith Perkins' experience with donating plasma on a regular basis dates to 1999, when his infant daughter developed respiratory problems and needed plasma.

Fast forward 21 years, when Perkins learned he was one of the first people in the state diagnosed with covid-19. He began experiencing symptoms on March 16 and ended up spending two nights in a hospital. After fully recovering, he learned of the need for plasma donated by covid-19 survivors.

"I was really sick," he says of his covid-19 experience. "I felt like somebody put a bag over my head and my chest was being squeezed and it just got worse from there."

Perkins, who turns 57 today, lives in Lonoke and is the Lonoke County Cooperative Extension Service agent and staff chair. He made 19 plasma donations in 2020 and plans to make his 20th donation on Feb. 5.

"If I can take a moment to help save a life or make a difference in somebody's life, I am going to continue to do that as long as the need is there and I am able to donate," Perkins says.

Perkins found out he had covid-19 after he and several members of his family drove to Fayetteville to celebrate the birthday of his granddaughter. In all, he and four other family members had the virus. But he had the worst symptoms.

"I will be honest with you. I thought this [was] probably the end for me, but it was not," he says. "God had other plans."

The facts provided by the Arkansas Blood Institute (ABI) are startling.

• Every two seconds, someone needs blood.

• One blood donation can save up to three lives.

• O-negative blood is the universal donor blood and can be used for all people. But only 7% of the population are O-negative.

The onset of the covid-19 pandemic has only compounded the problem. Since March, the ABI has canceled more than 400 blood drives and lost out on almost 7,000 units of blood. The loss in blood drives in high schools has particularly affected the amount of blood available. High school blood drives accounted for almost a quarter of all units collected in Arkansas.

According to the Federal Drug Administration, the blood from people who recover from covid-19 contains substances called antibodies, which are capable of fighting the virus that causes the illness. In some cases, giving patients plasma obtained from those who have recovered from the virus may lead to more rapid improvement of the disease.

The ABI currently is distributing 400 units of plasma a week and more is needed. But some Arkansans have never heard of ABI and still think the American Red Cross collects blood in the Little Rock area. In 2018, the Red Cross transferred its donors and blood-drive sponsors to the ABI, a nonprofit blood donation organization. The institute provides blood to about 50 hospitals in the state and is the only blood provider in Central Arkansas. (The Red Cross continues providing other services in Central Arkansas, including disaster relief, veterans services and health and safety training.)

Affiliated with the Oklahoma Blood Institute, the ABI is the nation's sixth largest independent, nonprofit blood center. Currently, the organization distributes 75,000 units of blood annually to Arkansas hospitals but only collects about 35,000 units. To make up the difference, it must rely on its Oklahoma counterpart to meet the needs.

And there is no substitute for blood. Supplies must be constantly renewed as the blood only lasts 42 days.

"We all need to do our part," Perkins says. "Wearing our masks and social distancing. If you've recovered, donate plasma to help others. It's all just part of trying to help this situation go away. And of course, once you are able to get a vaccine, getting a vaccine to make things better would be wonderful." 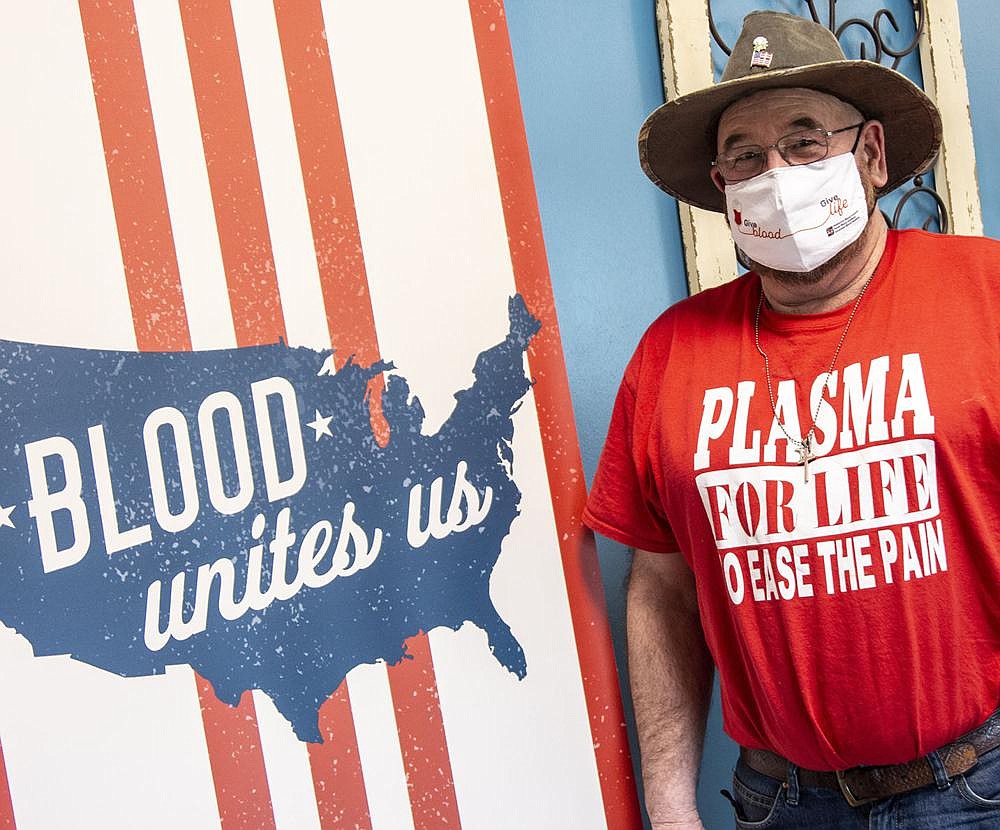