Former CEO of Xerox will speak in Little Rock next week 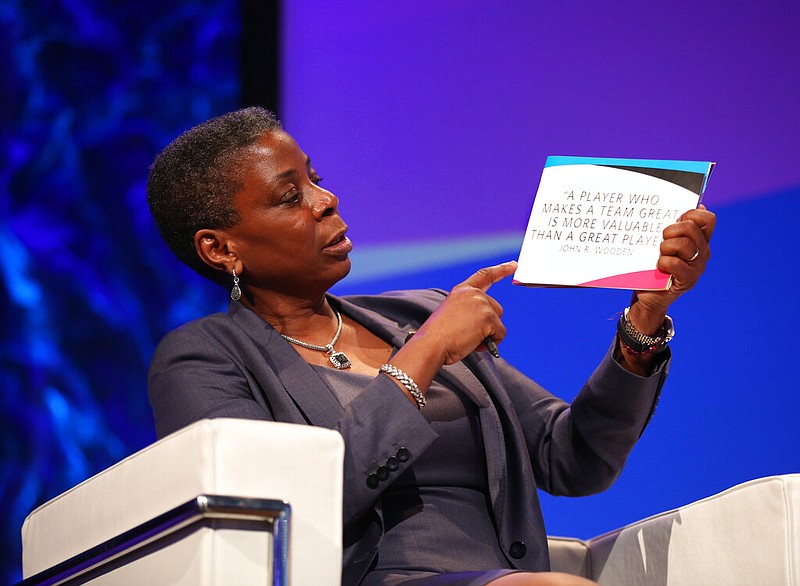 Ursula M. Burns, former chief executive officer and chairwoman of Xerox Corp. and author of “Where You Are is Not Who You Are,” will deliver the Frank and Kula Kumpuris Distinguished Lecture next week, the University of Arkansas Clinton School of Public Service and Clinton Foundation announced Thursday.

Her lecture will focus on her career at Xerox, as well as racial and economic justice and obstacles she has overcome as a Black woman in corporate America, according to a news release announcing the event.

Burns led President Barack Obama’s White House national program on Science, Technology, Engineering and Math from 2009 to 2016, and she was chairwoman of the President’s Export Council from 2015 to 2016 after being its vice chairwoman from 2010 to 2015. She also served as chairman of the board of Netherlands-based Veon Ltd. for three years until she announced in 2020 that she was stepping down.

The lecture — July 8 at 6 p.m. — will be a virtual event. To reserve a virtual spot and get more information, people can email kumpurislecture@clintonschool.uasys.edu. More information and a link to view the lecture will be emailed in reply at a later date, organizers said.

The Frank and Kula Kumpuris Distinguished Lecture Series was established with a gift by the Kumpuris Family in honor of their parents. Dr. Frank Kumpuris, a prominent Little Rock physician and surgeon, served for 10 years on the University of Arkansas Board of Trustees. Kula Kumpuris was actively involved in civic, charitable and community activities.

The Kumpuris Distinguished Lecture Series is presented by the UA Clinton School of Public Service, the William J. Clinton Foundation and AT&T.