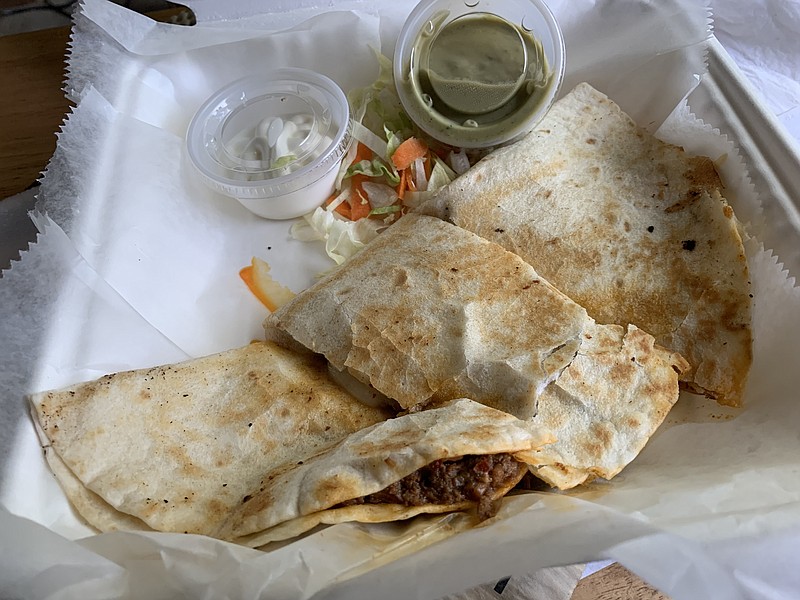 Even though we've resumed eating in, post-pandemic and fully vaccinated, we are not yet cutting out takeout. "Takeout Tastings" will continue to be a part of our restaurant coverage from time to time for some time to come.

You get the same authentic Mexican food, on a less elaborate scale, at the River Market taqueria that bears the Casa Manana moniker that you do at Casa Manana's full-service restaurants in the Heights and in far west Little Rock. It's a little more expensive than the average taqueria (or taco truck, for that matter) because it's in the Market Hall and they have rent to cover, but it's quick and you do get a good return on your lunch "investment."

We passed up Casa Manana's tacos and burritos to try its version of al pastor, marinated grilled pork bits, in a larger-format quesadilla. Orange-oily but delicious and surprisingly lean, we enjoyed its full flavor without resorting to enhancing it with the small side plastic cups of sour cream and a creamy but kicky green salsa. It came with a small side "salad" of chopped lettuce and carrot shavings.

HOW IT WENT: Even with a couple of customers ahead of us, it took only about five minutes for the guy to grill it up, slice it into three oversize wedges and set it up in a to-go container.

HOW IT'S GOING: Foot traffic in the Market Hall, which reopened May 1 after more than a year of pandemic-related shuttering, is still light, but there were a handful of customers at most of the open kiosks. 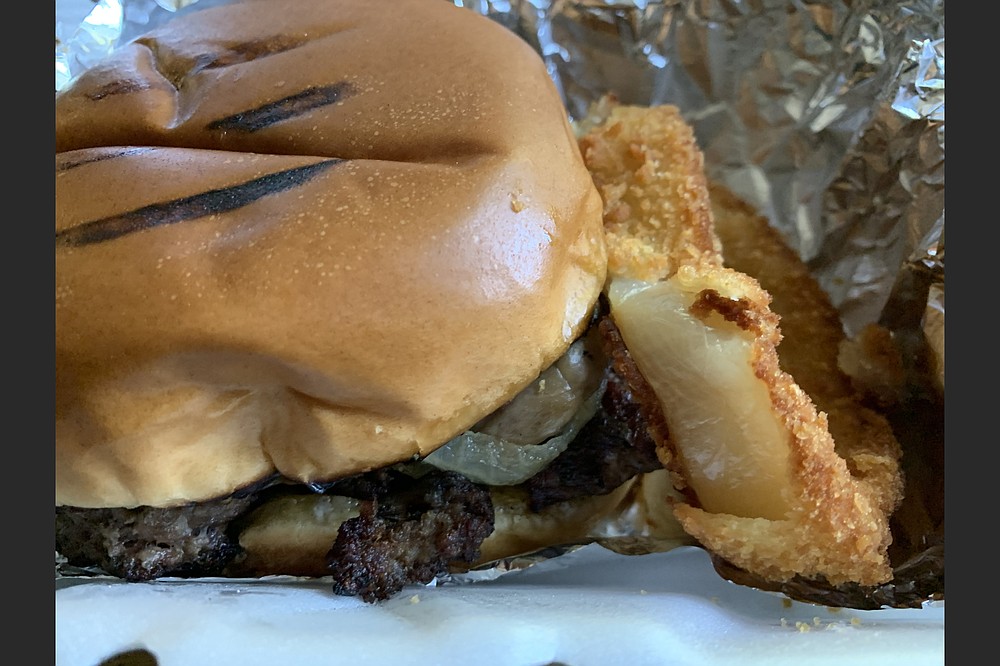 Prospect produces a very good burger — two patties totaling half a pound before they're cooked medium well, and firmly flavorful. It came with an adequate amount of melted Swiss cheese and more than an adequate amount of sauteed mushrooms on a brioche-style bun. (We made sure they held the mayonnaise.) Prospect's burgers come with a side of house-cut fries, but after a discussion with our server/bartender about how likely it was that they'd get soggy on the way home, we opted to spend an additional, worthwhile, $3.50 for Prospect's extraordinarily cheesy mac & cheese. A surprise onion ring also came alongside our burger, but we're glad we decided not to opt for that as a sub for the fries — it was bland and a little greasy.

HOW IT WENT: We dropped by late in the midafternoon (the place opens at 3 p.m.) and there was one other customer at the bar; the single employee on the floor was acting as server and bartender. It took about 20 minutes for our burger to come out of the kitchen — not bad considering how big the burger was and how long it ought to have taken for it to have properly cooked.

HOW IT'S GOING: The place started to fill up a bit as the afternoon wore on, including a couple of other customers on the bar stools and a couple of families sitting in two of the three round-entried booths. 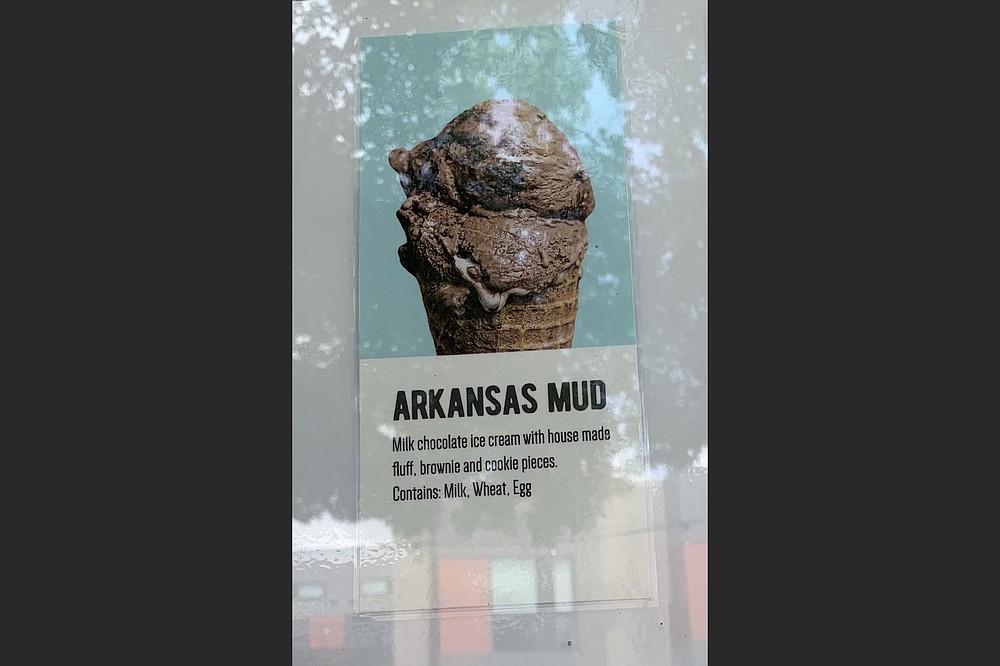 We couldn't hold our Arkansas Mud ice cream cone from Loblolly Creamery and photograph it, so we settled for "shooting" the in-window menu descripton. (Arkansas Democrat-Gazette/Eric E. Harrison)

Loblolly proudly proclaims that all its ice creams are made from scratch using "local and seasonal ingredients ... from the brownie chunks, to the marshmallow fluff, even all the sauces and toppings." (They also sell house-made baked goods, including macarons and oatmeal cream pies.) Those brownie chunks and marshmallow fluff are embedded, along with cookie pieces, in chocolate ice cream to create the Arkansas Mud. Guessing that the standard two scoops would absolutely do us in, we resorted to the single-scoop children's portion, then splurged on a house-made waffle cone (store-bought cones are about a buck cheaper), and were absolutely delighted as we consumed our cone just outside the shop's door (some seating options are available or, if you can lick quickly enough, it's not a big stress to stand).

By the way, and purely by coincidence, the Food Network's monthly online publication recently included Loblolly's Arkansas Mud as the state's top scoop (foodnetwork.com/restaurants/photos/50-states--50-scoops), noting that the marshmallow cream was the "secret ingredient." (Even though the menu description mentions it.)

HOW IT WENT/HOW IT'S GOING: We beat a big rush late on a Sunday afternoon and got our cone fairly quickly; the shop subsequently filled up with customers shortly thereafter. Note that the store requires masks to be worn on entry, and the current pandemic-connected rule is no eating inside and no samples "at this time." Loblolly offers gluten-free and vegan options. 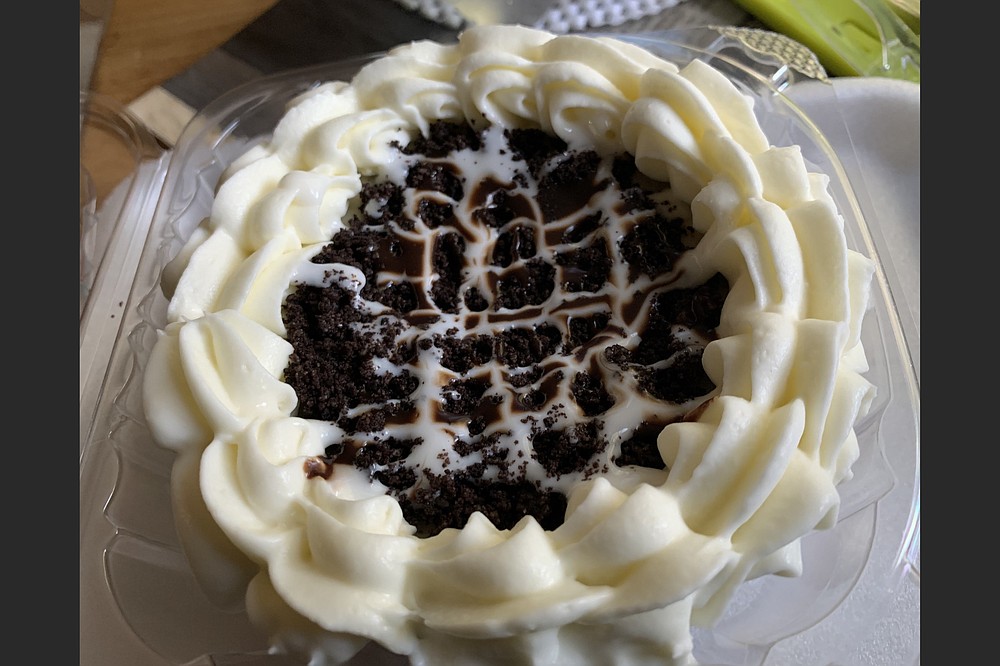 Our cheesecake, on a chocolate-cookie crust and wreathed in whipped cream, was decadently rich. As we noted, it's enough to feed two; if you're pigging out by yourself, we recommend eating half right away and the other half on the morrow.

HOW IT WENT/HOW IT'S GOING: We were the only customers about 15 minutes before closing time. It took the nice woman behind the counter a couple of minutes to travel to the refrigerator, which is out of sight of patrons, and retrieve our dessert item.

Our timing here is less fortuitous than it was with the ice cream: Founder/owner Matcha Norwood posted to Facebook earlier this week that she was having to close for a week after discovering that the heat controls were broken on her brand new ovens; they'd been fixed, but "since I can't tell which cheesecakes are okay and which ones aren't, I will have to throw out everything we have in stock ... and start all over again." She was expecting to reopen Tuesday.