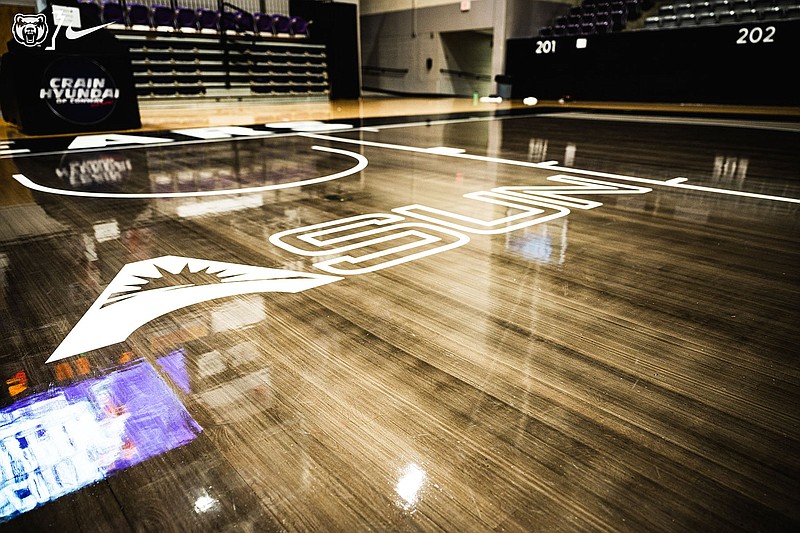 The University of Central Arkansas spent its final day in the Southland Conference on Wednesday, the exit marking the end of the school's time in the league it joined in 2006.

By late 2020, the conference was fractured. The previous nine months of operating through covid-19 had laid bare differing priorities and gaps in resources between the Southland institutions.

Beyond the pandemic, there were new athletic directors with new ideas, and their counterparts feared the conference's historical values were no longer being honored. The debates, decision-making and disjointed communication all played out over Zoom.

"There was a lot of frustration," UCA Athletic director Brad Teague said. "... I was getting concerned with the direction the conference was going."

At that point internal discussions began at UCA about a realignment of its own. By mid-January, the school had a new home in the Atlantic Sun Conference.

"A lot of things happened within a six-week window, but everything fell right into place," university President Houston Davis said.

Today marks UCA's first day in the ASUN, a conference based in Atlanta. Eastern Kentucky and Jacksonville State, former Ohio Valley Conference institutions, are the other new members accompanying UCA.

The official move is a formality. Teague and Davis have been involved in conference meetings for several months; administrators have undergone orientations; and the school's athletic department and individual coaches already hold voting status within the league.

The jump represents a next step for UCA's athletic program, only a decade and a half removed from its transition into Division I. It's a move that's been in the making not over the past six months, but across the previous 15 years.

"We've progressed a long way over our time in the Southland," Teague said. "We're proud of that. We put ourselves in a position where we're attractive to other conferences and that's really all you can ask."

Back in 2006, UCA joined the Southland and began the process of becoming a full-fledged Division I member with a vision of elevating the school onto the national scale.

"We really wanted to have that brand of being a Division I program," Teague, who was named athletic director in 2007, said. "We wanted to be on the ESPN ticker."

Among the limitations were restrictions from postseason play, starting with the Bears' first football season in the Southland in 2006 through 2010.

Despite constraints, success soon came on the field. In 2008, UCA football went 10-2 overall and 6-1 in the Southland. Barred from competing for a conference title, the school claimed an unofficial championship -- Texas State took the official trophy. Even without the hardware, the result was a significant marker.

"That made us feel like we could compete in our major sport," Teague said. "We knew if we continued with our system that we could continue to be successful everywhere else."

The football program grabbed conference championships in 2012, 2017 and 2019. A Southland title and a first-ever NCAA Tournament appearance came for the baseball program in 2013, and the softball program did the same in 2015. All together, the Bears won 21 Southland team titles.

The success led to expansion as the school added programs, including a beach volleyball team in 2017, and fueled improved facilities from a new baseball stadium, track and field complex and soccer stadium, along with additions to the Farris Center and Estes Stadium.

"Central Arkansas was really kind of a model for moving through a transition successfully," Southland Commissioner Tom Burnett said. "They brought value to the conference."

In taking on UCA as part of an expansion with a football league as the stated priority, the ASUN took note of the school's investment in athletics, its on-field success and facilities.

"I think any UCA supporter would be really pleased with the progress they've made," Gumbart said. "And we were certainly impressed enough to invite them to be a part of our conference."

In joining the new conference, UCA plans to take its brand into cities across the Southeast rich with alumni and prospective students.

It's a transition that marks a new chapter for UCA, one made possible by its previous 15 years in the Southland.

"Our time in the Southland was a valuable part of our history," Davis said. "It helped us raise the bar. We think that as we transition to the ASUN, the same is going to happen for us again."