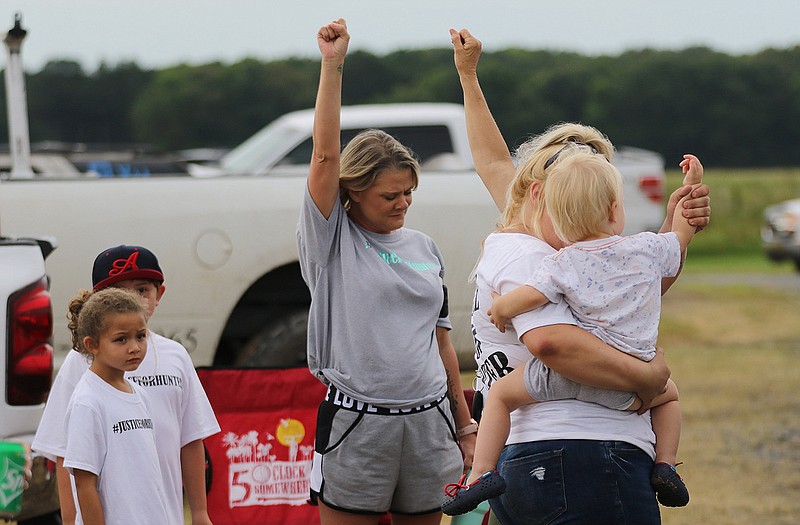 Friends and relatives chant “justice for Hunter” during the nightly rally Thursday outside the Lonoke County sheriff’s office in Lonoke to protest the shooting death of 17-year-old Hunter Brittain by a deputy. Prosecuting Attorney Chuck Graham said Thursday he has requested a special prosecutor for the case. (Arkansas Democrat-Gazette/Thomas Metthe)

A Lonoke County sheriff's office deputy involved in the fatal shooting of a McRae teen last week has been fired after an internal investigation, Sheriff John Staley said Thursday in a video posted to social media.

Sgt. Michael Davis shot and killed Hunter Brittain, 17, about 3 a.m. June 23 during a traffic stop on Arkansas 89 just south of Cabot, authorities said. Davis has been with the sheriff's office since 2013.

"Our policy says the deputy must activate the camera before encountering any member of the public while taking official action, and certainly during any traffic stop," Staley says in the video. "My review of this deputy's action has determined that he did not activate his body camera in a timely way."

Staley said there is no video of the actual shooting, only the aftermath.

"Due to that failure, I have terminated the employment of this deputy," Staley said.

[Video not showing up above? Click here to watch » https://www.youtube.com/watch?v=l9Tni_03aqs]

Brittain was shot three times while he held a can of antifreeze, Jesse Brittain, the teen's uncle, told reporters previously. Jesse Brittain said the teen was working on the transmission on his truck at Mahoney's Body Shop near Cabot and was pulled over while test-driving the vehicle.

He questioned whether Davis is the only deputy in the department who isn't using his body camera.

"How many of these guys pull people over and don't have their cameras on?" Brittain said.

Arkansas State Police, the agency investigating the shooting, has released few details and hasn't confirmed statements released by the family.

Police said the injured Brittain was transported to a North Little Rock hospital where he died. Davis was immediately placed on administrative leave, pending the investigation's completion.

The Lonoke County sheriff's office does not have dashboard cameras in its vehicles.

No videos of the incident, including the aftermath, have been released by the Arkansas State Police or the prosecuting attorney's office.

Chuck Graham, 23rd Judicial District prosecuting attorney, said Thursday that he has requested a special prosecutor to handle the case.

"I want to make sure everyone is comfortable," Graham said.

Graham said the state has two special prosecutors. If one of those isn't available, a prosecutor from another jurisdiction could be assigned.

It will be up to the special prosecutor to release any video, Graham said. He also said any video would likely be released by that prosecutor next week.

The Arkansas State Police investigation also is likely to be passed to the prosecutor next week, Graham said.

Graham said this is the third time he has requested a special prosecutor during the 11 years he's been in office.

Brittain's death comes at a time when police departments nationwide have come under increased scrutiny after the death of George Floyd. Floyd died May 25, 2020, while in police custody in Minneapolis.

"It's been one week since 17yo Hunter Brittain was fatally shot in a traffic stop by Lonoke County sheriff deputy Michael Davis," Crump posted on Facebook hours before the announcement Thursday that Davis had been fired. "We will continue to demand the release of body cam footage as the investigation into Hunter's death continues. Hunter's family deserves ANSWERS and accountability!"

Calls to Jacob and Crump's office went unanswered Thursday, but Crump released a statement on Twitter later in the evening.

"The horrific killing of Noah 'Hunter' Brittain, an innocent 17 year old boy who had his whole life ahead of him, points to the urgent need for increased training and policy enforcement in every police department across the nation," the statement read. "Vehicle trouble should never end with a teenager being shot dead by police.

"Lonoke County Sheriff's Office did the right thing by terminating former Sergeant Mike Davis when they learned that he failed to activate his body camera during the traffic stop. Body cameras are, in the overwhelming majority of cases, the only way to see the unbiased facts surrounding a police and civilian encounter resulting in injury and/or death. When officers turn their body cameras off, they turn off their intent to be transparent along with it."

Staley said Thursday that he and his deputies have received threats at the sheriff's office since the shooting.

"People in Lonoke County are good, peaceful people, but out-of-state activists have blown up social media with irresponsible and hateful statements, and that has led to dozens of death threats, and every single one of those threats is a crime, and there are investigations underway," Staley said in the video. "Threatening to kill and rape us and our family members is beyond disgraceful." 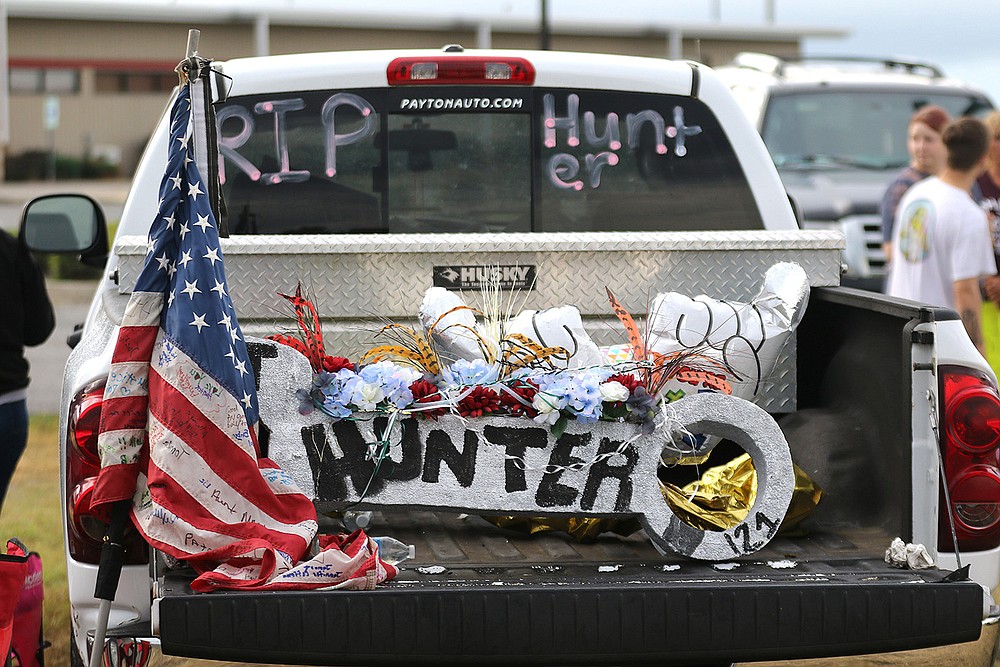