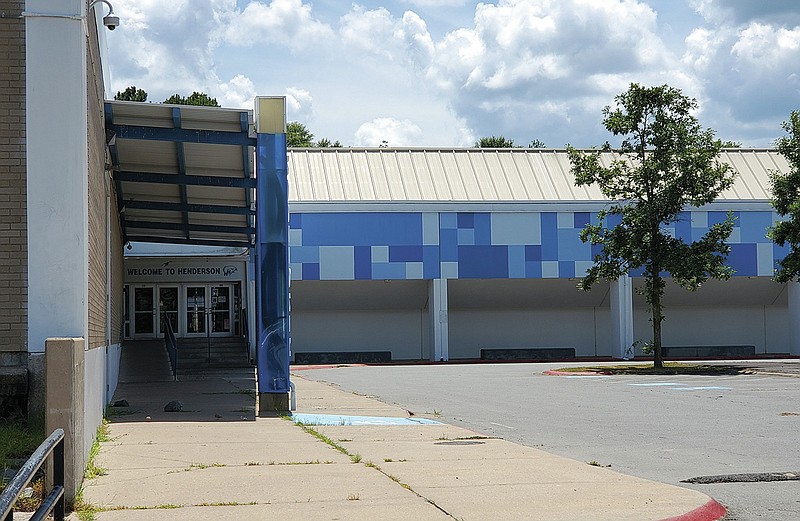 Henderson Middle and David O. Dodd Elementary schools are dropping off the Little Rock School District's list of operating schools for the coming 2021-22 school year and beyond.

"We are going to fill that building up pretty decently," Poore said.

The future of Dodd, 6423 Stagecoach Road, is more uncertain, he said.

The closing of the Henderson and Dodd campuses to students has been in the works since 2018, when Poore and his staff held a slate of community meetings to develop a multifaceted Blueprint Facilities Plan.

The facilities plan calls for closing and/or consolidating certain schools to tailor the number and location of campuses to the declining student enrollment in the system that had 20,700 students this past year, not counting pre-kindergarten pupils. The facilities plan -- parts of which have been carried out while other parts remain on the drawing board and waiting for funding -- is also meant to improve the learning environment, expand education choices for parents and provide savings that can be used to raise employee salaries, Poore has said.

In November 2019, Poore recommended that the planned 2020-21 closing of Henderson and Dodd as traditional schools be delayed to the upcoming 2021-22.

The very centrally and prominently located Henderson served about 520 sixth through eighth graders this past year. And Dodd had an enrollment of 196. Now the pupils who would have been assigned to those two campuses and to Romine Elementary, 3400 Romine Road, are being redirected to what was the J.A. Fair High School campus, 13420 David O. Dodd Road.

Poore said last week that the district is moving its curriculum, student testing and evaluation, and federal programs departments to the Henderson building. Those offices are currently in the Instructional Resource Center -- the former Ish Elementary.

Additionally, faculty for the new Ignite Digital Academy's elementary program -- under the direction of Stephanie Franklin -- will be housed at Henderson. Franklin is also the principal of the nearby Terry Elementary.

The faculty for the Ignite Digital Academy for seventh through 12th graders is being housed at West School of Innovation -- all under the direction of West Principal Karen Heatherly.

As for Dodd, Poore said there are no plans as yet for its use once summer school programs end .

"We have no real irons in the fire there," Poore said.

The superintendent raised the possibility of the Dodd property going on the market when he said the district has advertised for the services of a real estate agent and that the selection of such a property adviser could be finalized by the School Board later this month.

In contrast to the shutting down of Henderson and Dodd as student-serving schools, the former J.A. Fair High that was without students this past school year will reopen in August as a kindergarten-through-eighth grade school. Workers last week were installing colorful playground structures on the south side of the campus in the shadow of the school's football stadium.

Poore said work was being done on the inside of Fair to install restroom fixtures appropriate for younger students.

Melinda Modica, the former principal at Dodd, is the new Fair principal. Michael Anthony, former Henderson principal and initially selected to be co-principal, has resigned from the district, district spokesman Pamela Smith said.

Fair, which was among the 14 schools acquired from Pulaski County Special by Little Rock in 1987, was closed this past school year as was McClellan High.The two high schools were replaced with the new Little Rock Southwest High that opened last August.

The brand new Henderson was opened in 1964 as a seventh-through-ninth grade junior high for growing west Little Rock.

Henderson was named for for G. DeMatt Henderson, Sr., a Little Rock attorney and member of the district's School Board from 1918 to 1930, according to the school history link on district's website.

He was on the board when Central High was built, and feeling strongly that a new high school should be constructed for Black students, Henderson traveled to Chicago at his own expense and "secured a grant from Sears, Roebuck & Co. executive and philanthropist Julius Rosenwald to help fund the construction of Dunbar High School." Dunbar is now a middle school.

The new Henderson building, the district history also states, "was considered a modern beauty with its many skylights and courtyards." The school included an orthopedic wing for the special needs of physically challenged students.

Its other features included a gymnasium with permanent seating and a stage, a centrally located library, a band room and home economics and industrial arts classrooms. To passersby, the school is distinguished in part by its tan brick and white trimmed walls that are largely devoid of windows, as well as the tennis and basketball courts and expansive widely used soccer fields that are north of the school and partly owned by the city of Little Rock.

The opening of Pinnacle View Middle School in August 2016 resulted in a reconfiguring of the middle school attendance zones and lessened the Henderson enrollment that in past years stretched toward 1,000.

With the move of district departments to Henderson from the Instructional Resource Center, the center will remain the headquarters to the district's campus security force, Poore said.

Additionally, the administration for the district's athletic program will be housed at the center, 3001 S. Pulaski St. The athletics office is being moved from the West High School of Innovation.

Regarding the status of other provisions of the Blueprint Facilities Plan:

• Romine Elementary is closing this coming school year to children in grades kindergarten through five but will remain open as a pre-kindergarten center, with plans to expand in subsequent years to infants through age four.

• McClellan High School remains vacant but plans are being developed to rebuild it as a replacement school for Cloverdale Middle as well as for Baseline and Meadowcliff elementary schools when funding becomes available.

• Plans to make the old Southwest Middle School and the adjacent Bale Elementary into a elementary and middle school complex are waiting on funding.