Nurse-midwives are heartened by recent change in state law 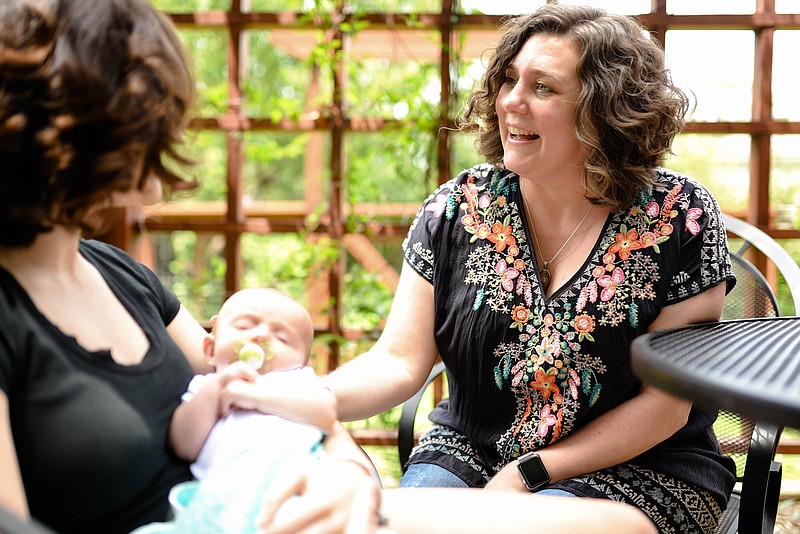 Even before the global pandemic forced health care into the spotlight, the world had been steadily more dazzled by advancing medical technology and treatments. Except, that is, in the delivery room, where one of the oldest forms of medicine — midwifery — is enjoying a spike in popularity.

During the recent General Assembly, lawmakers passed Act 607, which gives certified nurse-midwives full practice authority in gynecological, prenatal, delivery, postnatal care and reproductive health cases. The law changes the long-held stipulation that a nurse-midwife be contracted to work under the supervision of a physician.

Advocates had sought this latitude for years on the argument that the extensive education certified nurse-midwives hold — that of an advanced practice registered nurse — makes them qualified for broader medical authority. It also puts CNMs on equal footing with other classifications of midwives who are not required by state law to work under the guidance of a physician.

"This is a huge win for women, children and nurse-midwives in the state," said Brennan Straka, a certified nurse-midwife who is now an adjunct member of the faculty at the University of Arkansas, Fayetteville. "CNMs want to work within the health care system in collaboration with, not under the supervision of, other health care providers."

"I'm thrilled that Arkansas is joining the 27 other states that have already established full practice authority for certified nurse-midwives," said Samantha Crouch, a certified nurse-midwife with Creekside Center for Women in Springdale. "This legislation is going to allow CNMs to practice to the full extent of our education, which in turn will give the women of Arkansas more choice in their obstetric and gynecologic care."

State Rep. Mary Bentley, R-Perryville, championed the original House Bill 1215. The mother of four, who delivered two of her babies via midwife, said the new law will also help reduce the number of women's health deserts in Arkansas.

"In 37 of our 75 counties, there are absolutely no obstetrician or gynecological practitioners. Another 10 have only one," Bentley said. "We have some women that want to see an OB-GYN not even for maternal care, but just to see a gynecologist. They have to wait a year to get their first appointment. That's how poor it is in some parts of our state.

"Just among my constituents, some women have to travel an hour or more to get to an OB-GYN. If you're a poor working mom, trying to work every day and find the time to make those prenatal visits, it's pretty tough. I think that's a huge factor in our low birth weight of infants ... increasing access to care with certified nurse-midwives, I think, will make a huge impact on that."

Midwifery has been around almost as long as human pregnancy. Before the advent of medical schools, women were commonly assisted in childbirth by other women in the community, according to registerednursing.org. Yet misperceptions persist about what midwifery is and about the training required to do it professionally, especially in Arkansas which has far fewer midwives than other states. 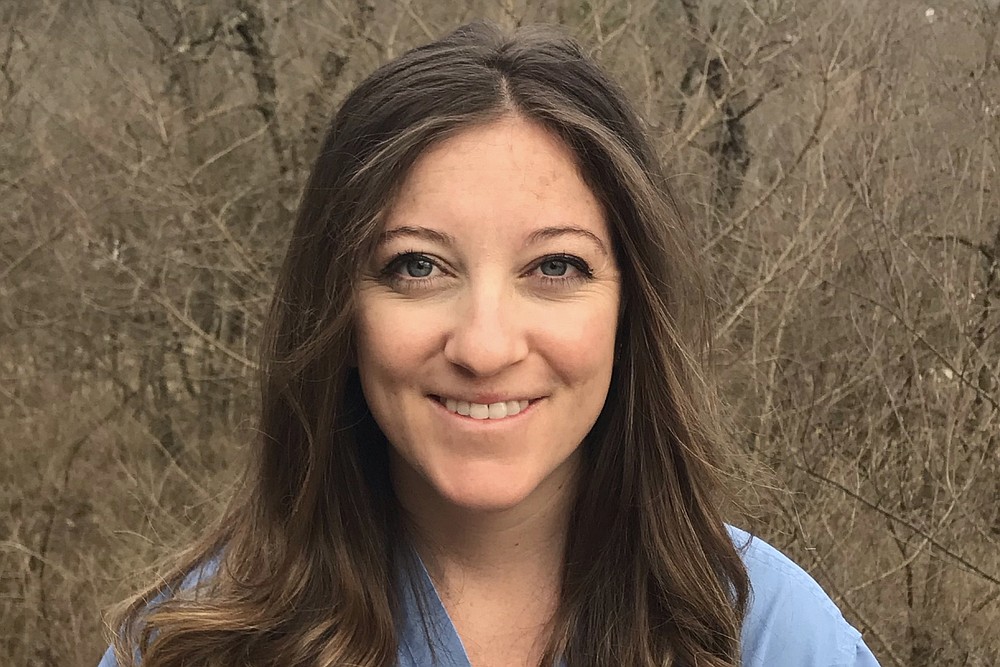 "When things are underrepresented, they are oftentimes misunderstood. It takes numbers to be more visible," Crouch said. "I've seen within my own practice a really huge growth just in the 3½ years that I've been practicing, and I think word of mouth follows as people talk about their experiences."

Straka noted that the number of nursing students entering the field continues to inch upward.

"When I was in college, I didn't even know what a nurse-midwife was. I had all of the misconceptions," she said. "Now, I get calls from people thinking about becoming a nurse-midwife. To me, that says more and more young people, young women mostly, are interested in it."

Virtually every ancient civilization — from Egypt and Rome to China on forward — speaks of midwives as routinely ushering new life into the world at all levels of society. The physical and the metaphysical frequently entwine during such deliveries, according to an article on midwifery's history by Phyllis Brodsky in the Journal of Perinatal Education.

"Midwives were empiricists and knew their craft well. Home was the place of birth and, generally, several women were in attendance ... skilled in assisting the parturient woman by providing comfort measures, nourishment and nurturing," Brodsky wrote. "This network of women attendants patiently waited for nature to take its course without undue interference ... Magic played a spiritual role, soothed and comforted the woman, and ensured safe passage of her baby."

Crouch said that even today, one primary reason women seek out a midwife is for the comfort of connectedness.

"When it comes to midwifery care, the real hallmark of it is to keep women centered at the focus of their care," she said. "It's involving them in choices throughout their care and regarding it as a whole experience they're having and not just a medical event we're treating and then moving on from.

"In practice, what that looks like for me is spending a lot of time talking to women and hearing about their anxieties and their fears. I spend a lot of time just listening, and that's what women want. They just want to be heard."

It wasn't until the 1800s that doctors began to wrest control of labor and delivery away from midwives in favor of institutionalized medicine. In 1900, half of U.S. births were attended by midwives; by the 1930s, the number of births by midwife was less than 20% and falling fast, according to the National Association of Certified Professional Midwives. By the end of World War II, fewer than 5% of births were attended by midwives.

The drop in midwifery during this time had as much to do with societal forces as with improved medical outcomes. The Washington Post reported in May 2020 that as midwives continued to serve Black and immigrant mothers, health authorities dismissed midwifery as the last resort of racial and ethnic "undesirables."

"Thomas Darlington, health commissioner for New York City, stated in 1911: 'We know in general that the midwife is commonly employed in this country by the negro and alien populations as well as by many native-born of foreign parentage,'" the Post reported. "Reports prove conclusively that the midwife, with very few exceptions the country over, is dirty, ignorant and totally unfit to discharge the duties for which she assumes.'"

By the mid-20th century, according to the national association, midwifery survived in the very narrow obstetrics margins, serving women largely on religious and cultural grounds or in communities denied hospital care due to race or poverty. The women's rights movement of the 1970s brought formal training degrees and licensure, which increased practitioner numbers and midwife-managed home deliveries, albeit minuscule compared to hospital births.

Still, the practice soldiered on, kept alive by practitioners dogged in their belief they stand on the right side of medicine and history.

"It really turns into a human rights issue," said Kim Jacob, certified professional midwife and owner of Kim Jacob Homebirth Services in Conway. "It's about how we can respect the mothers, respect the babies when they're born and [ensure] that we're not using habits that aren't rooted in some kind of evidence. All of that stuff goes far into making healthier, happier families."

Gaining acceptance in the United States has meant slowly overcoming stereotypes. Not all midwives today are women, for instance, though the vast majority are. Not all perform home births; depending on qualifications, many deliver babies in hospitals or specialized clinics such as Creekside, which offers midwifery as appropriate in low-risk pregnancies alongside other options.

Contrary to perceptions that midwifery is, in Straka's words, "a towel and a prayer," midwives' training and licensure programs are demanding. Certified nurse-midwives are advanced-practice nurses who must earn at least a master's degree before specialized training, while certified professional midwives serve an extensive apprenticeship in addition to a rigorous certification process. They may also have earned additional professional credentials and skills from a midwifery program or school, according to graduatenursingedu.org.

In Arkansas, a third designation — Licensed Lay Midwife — is overseen by the Arkansas Department of Health. LLMs typically learn their trade via an apprenticeship under a qualified midwife and are also required to complete a certification process. Trained in prenatal care, labor and delivery, postpartum care and newborn care, LLMs are typically the choice for home delivery, according to information on the Health Department website under "Licensed Lay Midwifery" (see arkansasonline.com/75LLM).

Midwifery has also gained mileage on the basis of health outcomes. According to studies published by the American College of Nurse-Midwives, deliveries by certified nurse-midwives consistently result in fewer first-time cesarean sections, fewer interventions and induction and far better breastfeeding initiation over physician-led protocols.

Birthplacelab.org estimates that 10.3% of births in the U.S. are attended by midwives, but just over 1% are in Arkansas. Given the new law and more widely available information on the benefits of midwifery, practitioners hope awareness will grow.

"As far as [midwifery] being more accepted, I feel it certainly has been since I started my training in 2001," Jacob said. "Back then, talking to a stranger and mentioning something about homebirth, people were like, 'That's really weird.' Now, over 10 years later, you mention homebirth and people say, 'Oh, so water birth?' People have this idea that everybody that's having homebirth is having a water birth, which isn't true, but at least it's out there as an idea more than it was 10 years ago." 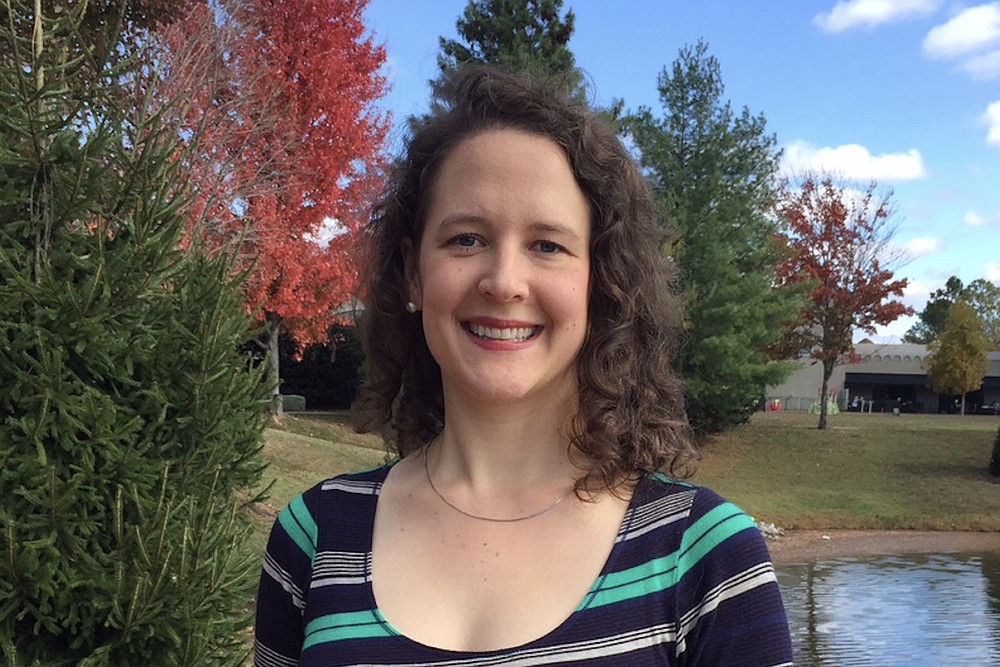