ARKANSAS SIGHTSEEING: Argenta’s murals among a plethora of public art springing up all over in North Little Rock 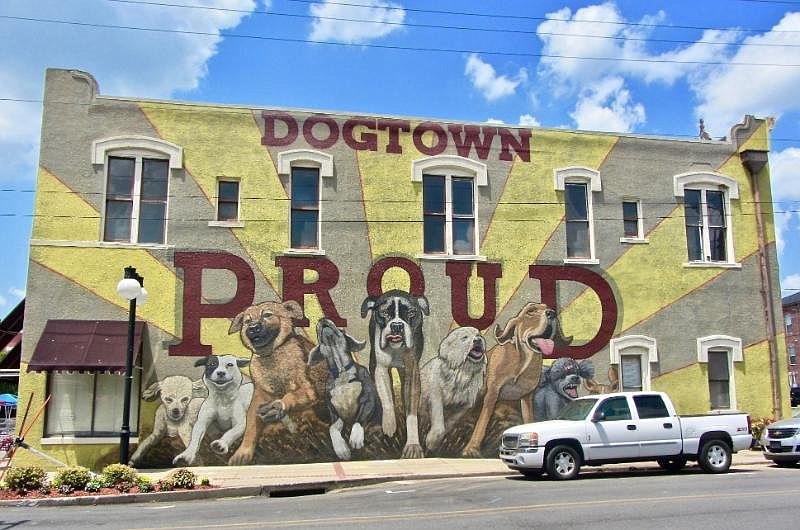 Once derided by its big brother to the south, North Little Rock is having a chuckle by artfully making light of the old "Dogtown" label. The playful comeback is mixed into the city's expanding collection of outdoor murals and sculptures.

Dogs form the motif in some of the 75 or so public-art works — old and new, small and large — adorning North Little Rock. Many are in downtown's Argenta Arts District. The mural by Kevin Kresse, at 400 Main St., portrays dogs of nine breeds loping in formation below the bold headline "Dogtown Proud." Despite their determined demeanor, they're not a threat — but rather ambassadors of good will.

The unlikely settings that can welcome outdoor art are demonstrated at Seventh and Main, where Emily Wood has painted a young woman in a dress riding a bicycle. The artwork's canvas is a utility box, and she has created a three-dimensional effect by painting two of its four sides.

A social-action theme predating 2020's Black Lives Matter movement gives energy to The Gathering/Flying Free, painted by Angela Davis Johnson at 108 E. Fourth St. She was inspired by the fatal 2017 shooting of 17-year-old Trayvon Martin in Florida to depict hope through Black people gathered in solidarity.

Farther afield, scattered works predate the recent public-art boom in Argenta Arts District. At the eastern fringe of North Little Rock, a large mural with a floral theme in the 4600 block of Broadway offers a "Welcome to Rose City." 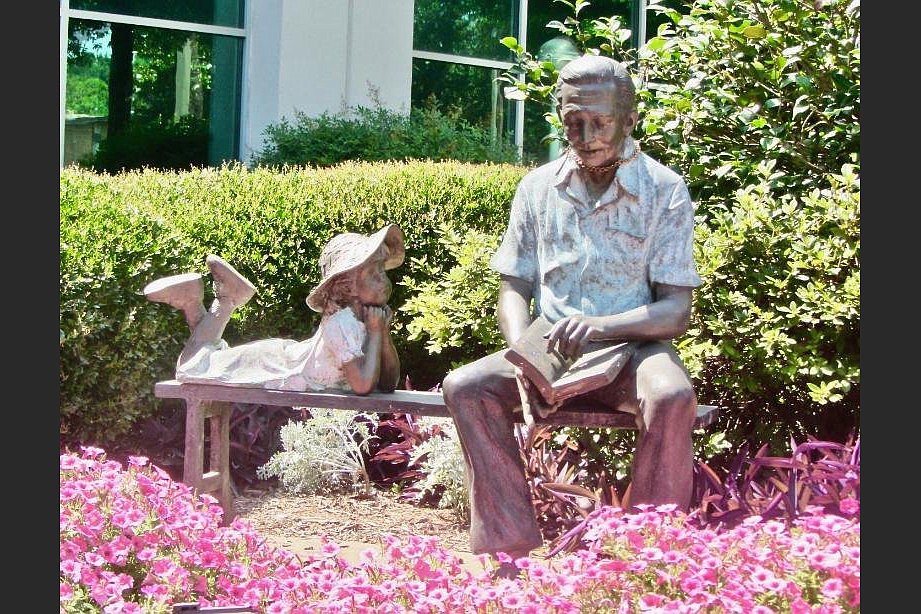 A sculpture by Randolph Rose of a man reading to a child graces Hays Senior Center. (Special to the Democrat-Gazette/Marcia Schnedler)

Notably endearing is a sculpture by Randolph Rose outside the entrance to Hayes Senior Citizen Center. It depicts an older man reading to an attentive child. On the golf course in Burns Park, there's a touch of whimsy to the statue titled "Putter Boy."

Among the oldest murals to be seen in North Little Rock are those painted in 1962 along North Little Rock's Riverfront Drive by Betty Dortch Russell McMath and Marge Holman. Restored most recently in 2001, the ensemble stretches horizontally in 13 panels moving from prehistoric cultures to space-age rockets. The parade of Arkansas' past displays the staying power that public art can have.

For more information, visit northlittlerock.org/north-little-rock-public-art. Visitors to the website may also download of map with mural locations.