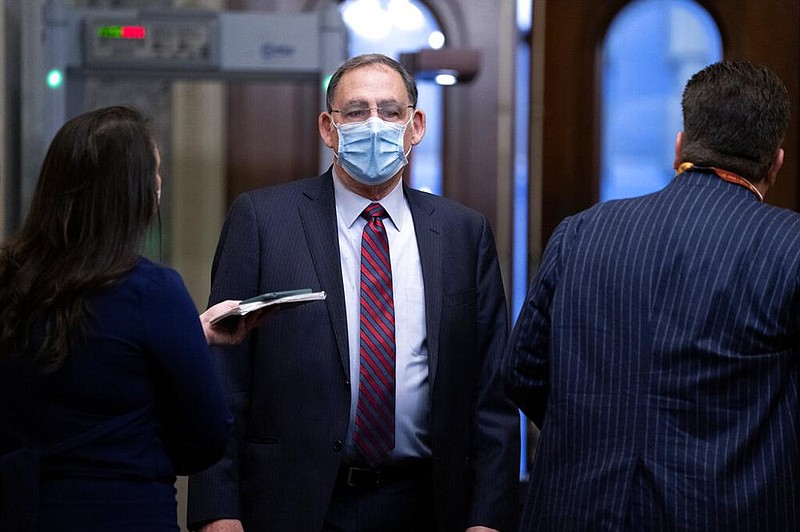 "We haven't really pushed the needle 20 years and billions of dollars later."

Boozman added a provision into an October 2020 appropriation by Congress on veterans mental health spending. The provision allows grants to nonprofit groups and state and local organizations active in veteran suicide prevention.

Thursday's meeting discussed a variety of veterans-related issues from job opportunities to housing, but Boozman emphasized the suicide issue in his remarks. Meeting attendees included Mikel Brooks of Little Rock from the veteran suicide prevention group "We Are the 22" and psychotherapist Megan Werner of Fayetteville.

"People lose a sense of mission and purpose when they take off the uniform and try to re-enter civilian life," said Brooks, a National Guard veteran. Brooks spent five years in homelessness before attempting suicide Feb. 17, 2017, he said. He regained a sense of mission and purpose by helping form "We Are the 22," a group where veterans respond to a fellow veterans call for help by going to him in pairs and doing whatever it takes see the veteran through a crisis.

The suicide problem got worse during the covid-19 pandemic, Werner said.

"The number one problem before covid was loneliness," she said of suicidal veterans. Then covid hit, requiring social distancing and other self-isolating practices, she said.

Sept. 11 will mark the 20th anniversary of the 9/11 terrorist attacks, which spiked the highest volunteer enlistments in the U.S. armed services in decades, said Ben Dykes, director of the Washington County Office of Veterans Services.

Those enlistees who are still in the service will soon reach their 20-year retirement eligibility, meaning more demands on veterans services of all kinds, he said.