'The Huntress' and other reads this month

I got a bit behind in my reading now that I did a little traveling this past month, but I made up the difference this past 2 weeks, getting 5 books in. Our book for today's book club was The Huntress by Kate Quinn. 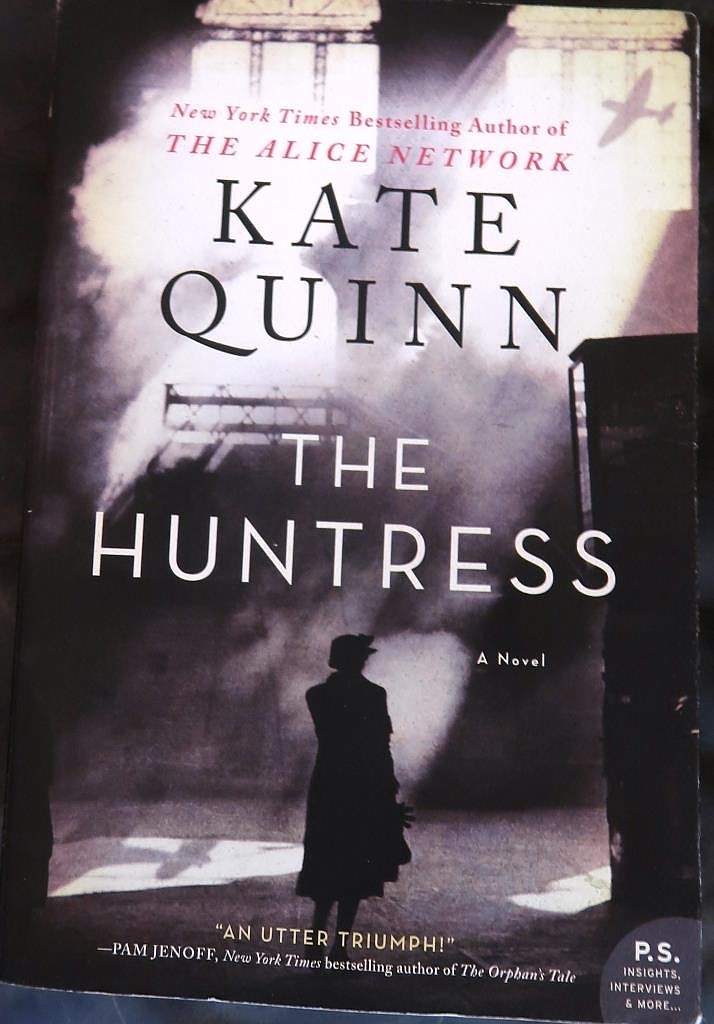 The story focuses on a small group of people hunting down Nazi's after the war to bring them to justice. One of the people they are searching for is The Huntress, a woman who killed some innocent children and one of the hunters brothers. There was excellent character development of all the main characters, and we all learned quite a bit of history in this historical fiction book. How many of you had heard of the Night Witches? They were an all woman band of Russian pilots who risked their lives bombing the Germans in less than ideal airplanes. Kate Quinn writes very well, and the book was an easy read that kept you engrossed from beginning to end. Even thought it did move back and forth through time, it had a good rhythm to it which I did not mind for once. It was one of those books that you had a hard time putting down once you started reading. It got one of the highest ratings from our book club(since we started doing ratings)--it came in at a 4.65! Chris pulled out all the stops with her Linzer torte, along with crawfish quiche and other goodies. I forgot to take a picture of our group, but here is the food! 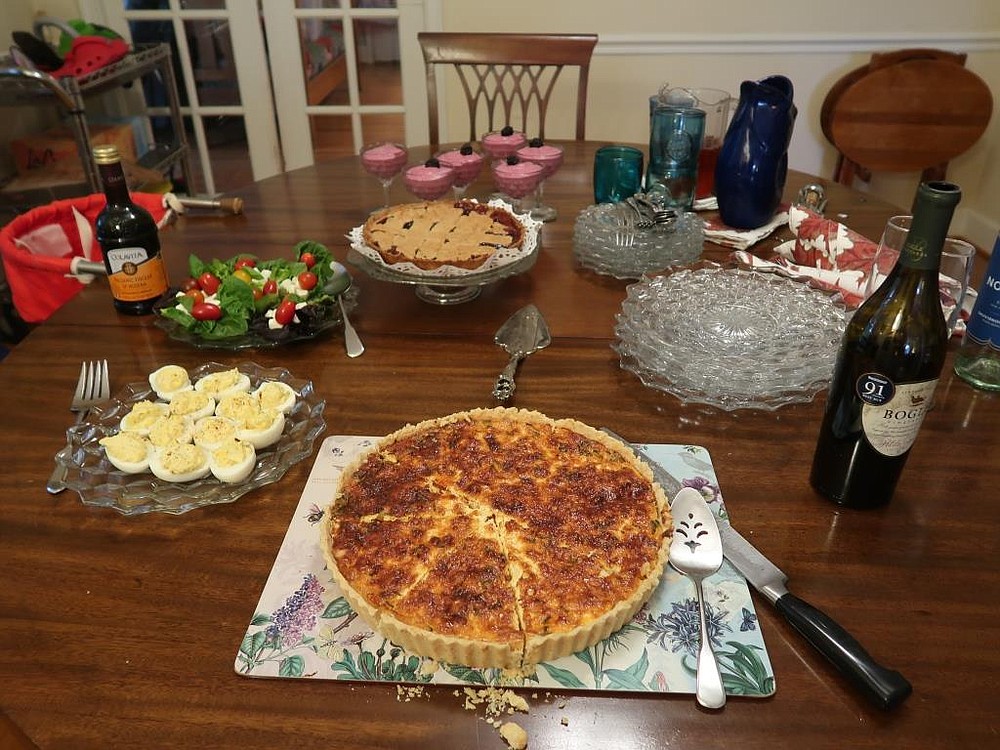 We had a great discussion of the book, and life in general. I think we solved quite a few world issues today!

I also finished several other books this month. Another in one of my favorite Cork O'Conner series was Trickster's Point, by William Kent Krueger. 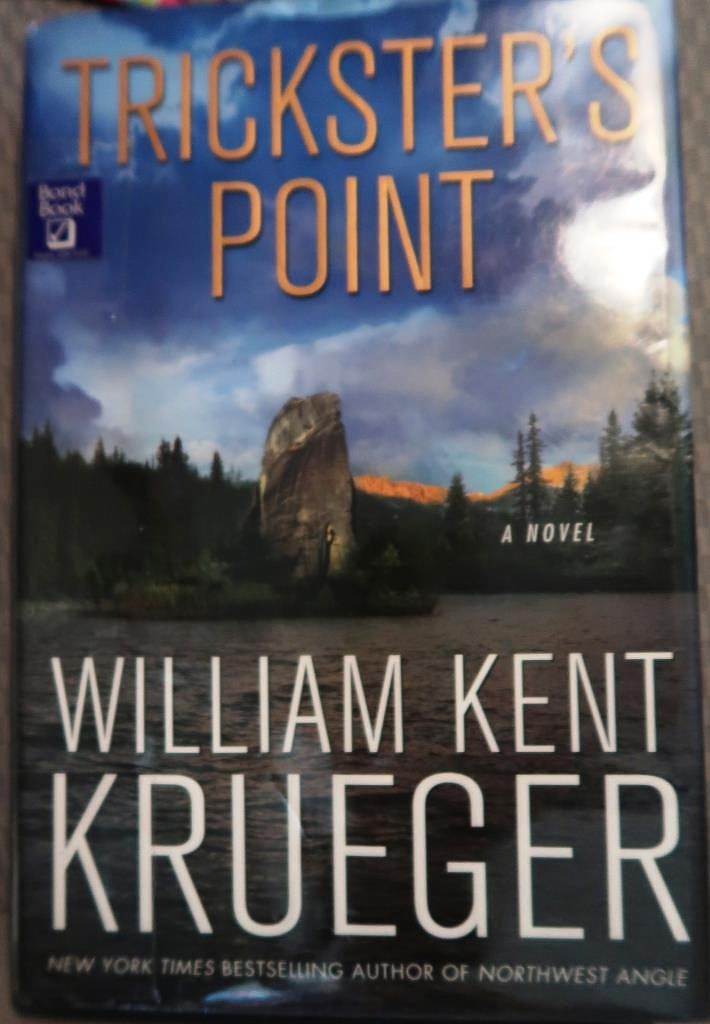 I like going back and revisiting what feels like friends in these reads. Well written, and good family values, even if death is usually involved. They remind me a little of the Longmire series, just not as humorous.

One that started out extremely weird and I did not plan to finish was Yolk by Mary H.K. Choi. 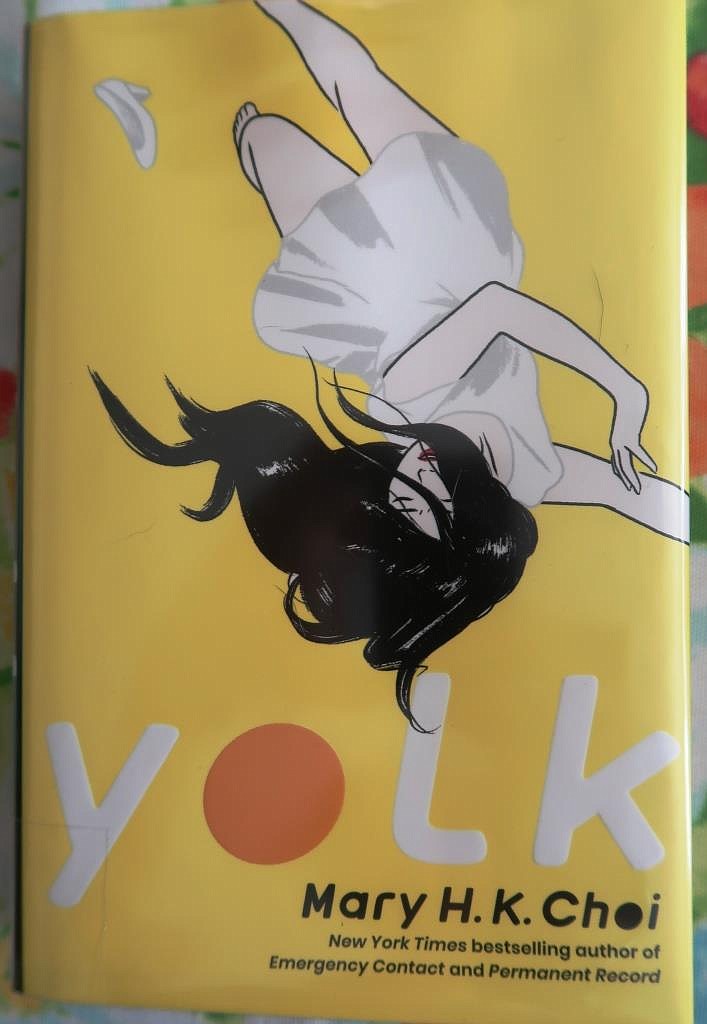 It is the story of two Korean sisters who moved from their family home in San Antonio, TX to New York. They live very different lives, and are not close. Due to health issues, they come back together and their journey is interesting. It was quite different, but gave some insight into the differences in Asian culture, family issues, and bulimia. It ended up ending much better than it started, but I would not give it high marks; however I am glad I saw it through to the end.

Commonwealth by Ann Patchett was another disappointment. 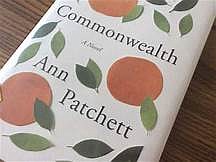 I love Ann Patchett's writing, but this one felt too soap-opraish. An awful lot of whining in my opinion and very dysfunctional families.

However, my least favorite read of the month was Valentine by Elizabeth Wetmore. 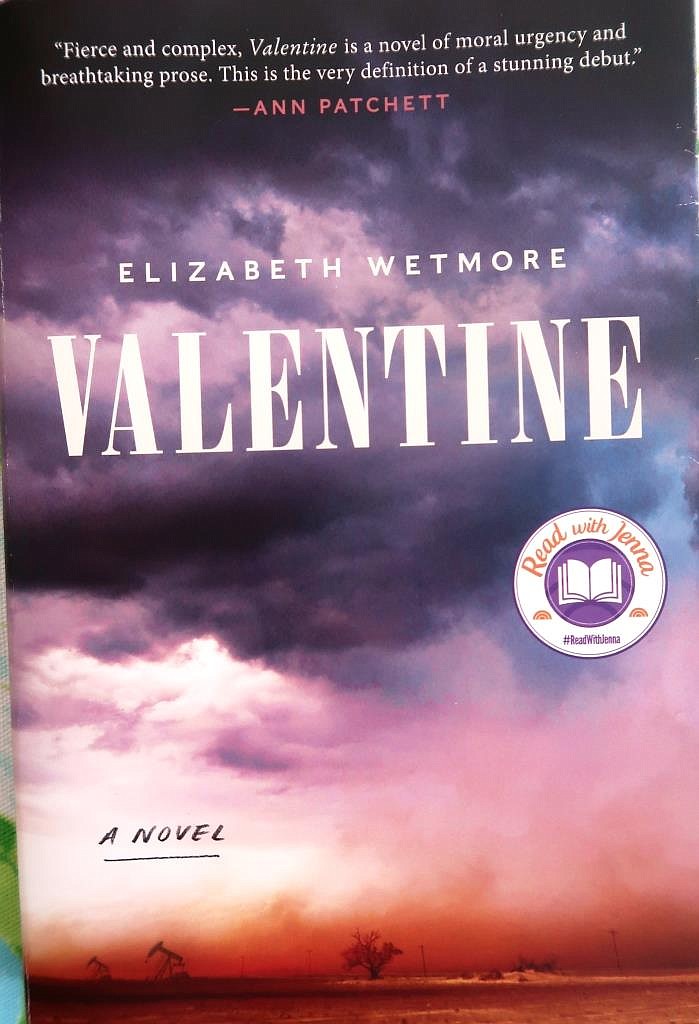 I borrowed it from a friend and took it to the beach back in April. After reading the first chapter I knew it was not a good beach book--horrific rape occurs to a young Mexican girl. So I put it on the back burner. It had come with high acclaim, so I decided to tackle it this past week. Why I finished it, I am not sure. It did not have an uplifting ending, and there were some characters that had chapters that I really didn't know who they were or how they fit in. It was a depressing read about the injustices against women, minorities and poor people. The book was set in the late 1970's in Odessa, TX. After reading this book, I can't imagine anyone wanting to step foot in that town. Bleak to say the least. While it was certainly true of that time period, and some parts are still today, I did not find much redemption except for the one little girl whose mother ran off and left her. She was the most pleasant character in the book. It got good reviews, and I know of at least one person who liked it, but why, I am not sure. I was quite happy when it was over.

I am started now on my next two book club books for the month--Klara and the Sun for online group, and Last Year in Havana for my in-person group. What are you reading that you recommend?