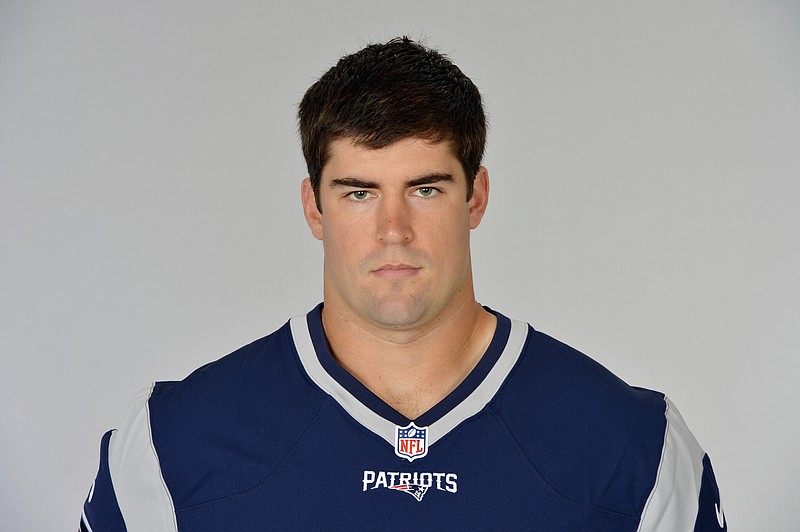 FILE - This is a 2015 file photo of Jake Bequette of the New England Patriots NFL football team. (AP/File)

Speaking to the Arkansas Democrat-Gazette, the former New England Patriot highlighted his support for former President Donald Trump, questioned the legitimacy of the 2020 presidential election and condemned acts of violence after the murder of George Floyd by a Minneapolis police officer.

But during an interview Monday morning, Bequette, an Army veteran and Little Rock resident, repeatedly declined to take a position on the storming of the U.S. Capitol by supporters of then-President Donald Trump.

After the attack that left more than 140 law enforcement officers injured, Boozman condemned Trump's conduct, saying the 45th president "bears some responsibility" for what happened on "one of the darkest days in our nation's history."

Despite the criticism, Trump has endorsed Boozman for reelection.

"No one has more respect for President Trump than me," Bequette said. "Every single soldier who I knew and served with knew that the president had our back."

Asked Monday whether he shares Boozman's view of the Jan. 6 attack, Bequette said he has "very, very serious concerns" about the 2020 presidential election.

Bequette, a former law student, maintained that covid-19-related efforts to expand ballot access had been unconstitutional.

Similar arguments were presented last year in courtrooms across America. After dozens of unsuccessful legal challenges, Democrat Joe Biden was certified the winner of the 2020 presidential election.

Asked for his views on the Capitol insurrection itself, Bequette pointed to last summer's protests and riots across the U.S. over police treatment of minorities.

"When I returned from Iraq, I was very disturbed to see the amount of violence that we had in our streets," he said. "It makes me very upset to see too many in the media, in the political class, in the establishment, totally excuse the months on end of violence that we saw."

After acknowledging the disturbing nature of last year's violence, the reporter asked Bequette whether what happened on Jan. 6 was wrong.

Bequette replied: "Look, I'm here to focus on the future of Arkansas and the future of this country. I'm focused on securing our elections. The election process in 2020 was an absolute mess, and we have to secure our electoral process nationally and by state to ensure free and fair elections."

Asked whether he was disturbed by the Jan. 6 storming of the Capitol, Bequette replied: "Look, right now, I'm focused on the future. I think what's important is securing our elections, making sure they are fair and secure," he said.

Citing time constraints, the Bequette campaign ended the interview without the candidate taking a stand on the propriety of the Jan. 6 Capitol riot.

In a written statement, Bequette subsequently denounced the post-election lawlessness.

"Any attack on the U.S. Capitol is reprehensible. Responsibility for crimes rests with those who commit crimes, not with others," he said Monday afternoon. "Anyone who committed a crime on January 6 at the Capitol should be prosecuted to the full extent of the law."

Bequette, 32, is the son and grandson of former Razorback football players.

After playing four years in Fayetteville, where he achieved all-SEC honors, Bequette was selected by the Patriots in the third round of the 2012 draft.

During his sojourn in Foxborough, Mass., the team won Super Bowl XLIX, defeating the Seattle Seahawks.

Released in September 2015, Bequette eventually joined the Army, completing Ranger School and serving with the 101st Airborne Division in Iraq.

More recently, he has gone on Fox News to accuse some athletes of "blatantly disrespecting our flag and the great country that flag stands for."

In a video posted on his campaign website, Bequette refers to himself as a "God-fearing Christian conservative who is 100% pro-life and pro-police."

Boozman, first elected to the U.S. House in 2001, unseated Democratic U.S. Sen. Blanche Lincoln in 2010 and was reelected to the Senate in 2016. He is seeking a third term.

"John looks forward to sharing his strong, conservative record and continuing to serve the people of Arkansas," she added.