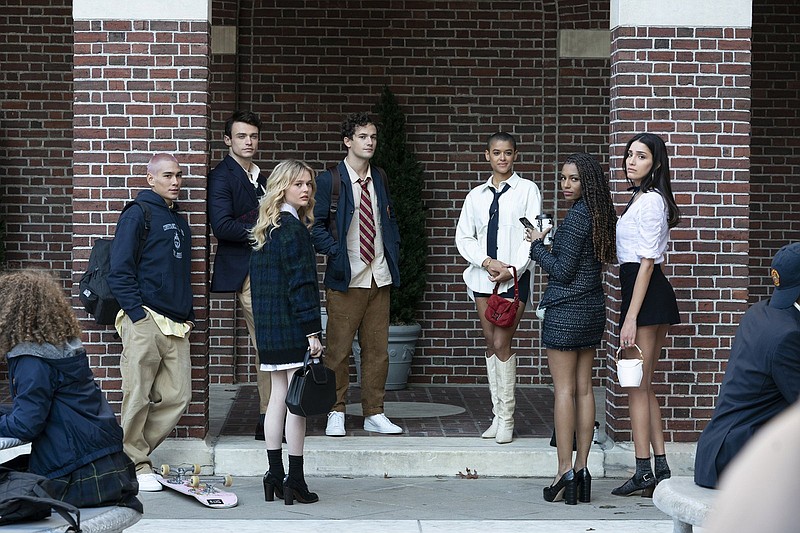 Gossip Girl here, I'm back and as opulent as ever.

Executive producer and creator of the HBO Max reboot of "Gossip Girl" Joshua Safran, in the weeks ahead of last Thursday's premiere, had fueled speculation the new generation of Upper East Siders were woke, alert to racial and economic injustice rather than obsessed with sex, drugs and lavishness.

Safran would like to disabuse you of the notion the new crew is any less outlandish.

"The kids are more aware of their privilege ... and yet they still abuse it. That's what makes the show fun: It's actually worse if you're aware of your privilege and you're like, 'Oh, I would never do that,' and then you still do it," Safran said.

"That's much worse than the original show where I don't think they were aware of their privilege and they'd do these bad things and then be like, 'Oh, s---, I did something bad.' Now, Julien knows she's doing something bad and does it anyway and you're like, 'You deserve what's coming to you.'"

Their exclusive private school Constance Billard maintains the same hierarchy that it did for Serena, Blair, Nate and Chuck more than a decade ago. Gossip Girl, voiced once again by Kristen Bell, is back to spill their darkest secrets. And, very little about their world has changed, even if they take Lyft instead of limos.

Then an outsider arrives in the form of Zoya Lott (Whitney Peak), who threatens to upend the precarious social structure.

"It's a very heightened show," said Doherty, whose hedonist Max makes it impossible not compare him with Chuck Bass. "As far as the characters go and their privilege, yeah, I think they're conscious of it. They're younger, they're midteenagers. Of course they're going to lean into it. They're going to enjoy it, as they would in real life, and take ownership of their parents' success."

Even before Zoya's existence, the preppie progenies were at least aware of the outside world.

"Sure, being aware of your privilege is good," Peak said. "But what are you going to do about it?"

Alexander called the awareness a "bridge" between where they were and where they could be. Peak said it often looks more like "a deluded performativism."

"That's what representation looks like. It's not saying, 'Hey, we're super diverse and we talk about queerness and we talk about sex and it's OK with us,' pushing it in your face. Because then it's like, 'Is it OK with you? Why are you talking about it so much? Because that's weird,'" Smith said.

The appeal of "Gossip Girl" was a world you couldn't touch, but could watch from the outside.

Yet Lind said their problems are not all that different from those of the rest of us.

"There's not really a scale when it comes to your personal growth and your sexuality and the struggles you go through with that, and love and hate," she said. "Those feelings are just as big as anyone else's and those are the things that really normalize these characters. They still have to explore so much and I feel like that will give them a humanistic sense."

In "Gossip Girl," everything is just increased: The fashion is better, the drinks are stronger, the drugs work faster, the parties are louder. This time, the characters don't pretend it's all normal.

"We're still very deluded characters, which I think adds to the fun-ness of the show. That's the whole charm of it. You have these rich kids who don't really understand the world outside of their own bubble. But I think the world is just gonna feel that it's much more representative, as much as 'Gossip Girl' can be, of teenagers and the age we're currently living in."