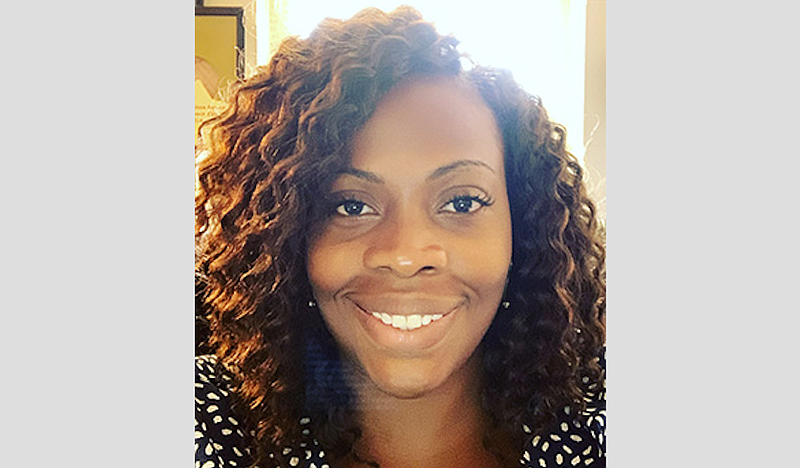 Saint-Louis said Tuesday that she plans to work on improving North Little Rock's "stagnant" ACT scores and closing the racial disparity in how white and nonwhite students are disciplined.

But after a school year marked by the covid-19 pandemic and kids out of class, quick changes will be hard to make, she said.

"We're coming out of the pandemic and virtual learning, so I don't want to have these smart goals that are not obtainable for us as a school to meet," Saint-Louis said. "But I do feel like we can move the needle slightly if we do some of the hard work."

Growing up in Knoxville, Tenn., Saint-Louis' love for teaching began after connecting with her seventh-grade math teacher. That inspired her to eventually attend Tennessee Tech University where she studied math and secondary education. She later went on to obtain her doctorate degree in education from East Tennessee State University.

After graduating college, Saint-Louis worked as a math teacher, but after five years of teaching she moved into administrative roles.

While she has spent most of her life in Tennessee, Saint-Louis isn't a total stranger to Arkansas. She has previously done consulting work for the Little Rock School District where she heard about the opening and later applied.

"When I came down here to do the training, I just really enjoyed being here," said Saint-Louis, who shifts to North Little Rock after working as the academy principal at McGavock High School in Nashville. "Honestly, it was just kind of faith and the stars kind of aligned."

Gregory Pilewski, superintendent of the North Little Rock School District, pointed to Saint-Louis' time at McGavock High School as one of the reasons for her hiring, calling the school "a national model for smaller learning communities."

"I think she brings a great depth of knowledge and experience to the role," Pilewski said.

Saint-Louis' hiring comes as school districts in Central Arkansas are pushing a new initiative to combine academics and career preparation in what is being called the Academies of Central Arkansas.