.22-cal. centerfire rifles do the job 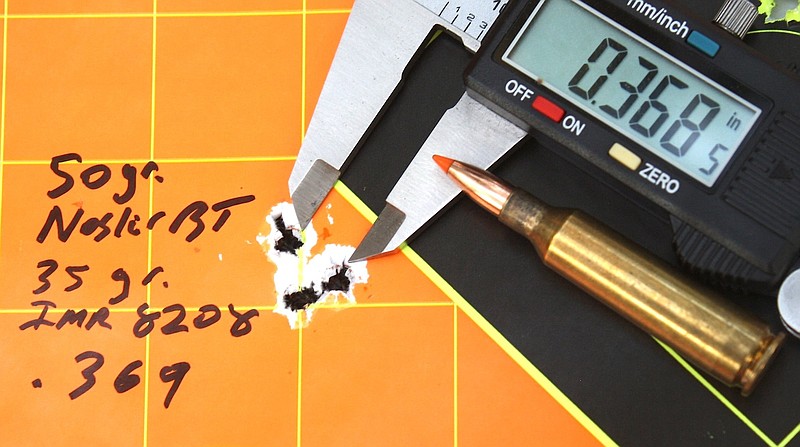 With tailored handloads, the author’s Dave Model 10 Predator Hunter in 22-250 Rem. shot groups like this and smaller. (Arkansas Democrat-Gazette/Bryan Hendricks)

Many Arkansans who hunted deer for the first time in 2020 liked it so much that they are looking for a new deer rifle.

Selecting a first deer rifle can be daunting. There are dozens of deer-specific cartridges and multiple types of rifles, such as bolt-action, lever-action and semi-automatic. Rather than recommend cartridges, we'll examine the advantages and disadvantages of a few popular standards over the next few weeks. You can decide based on your personal needs and preferences. This week, we'll examine the .22-cal. centerfire cartridges.

Once there was a time when we would not have recommended a .22-cal. cartridge for deer. It is still controversial to do so, but times have changed.

Actually, ammunition has changed, legitimizing .22-cal. centerfire cartridges for hunting whitetailed deer in southern environments. Over the past 16 years, we've seen enough photos of youngsters who shot deer with .22-cal. centerfires to prove the point. All .22-cal centerfire rifles have very low recoil, negligible muzzle jump and negligible muzzle blast, making them very easy to shoot accurately. Accuracy is the most important attribute for a deer rifle, and ease of shooting contributes to accuracy.

You can buy premium ammo in all of the most popular .22-cal centerfire chamberings factory loaded with tough, heavy-jacketed bullets from Nosler, Speer, Hornaday and Sierra.

The caveat is that .22-cal. rimfires are effective for deer at limited ranges. A 55-gr. bullet loses energy quickly, which can prevent it from expanding when it strikes a deer. Light bullets drop quickly and are vulnerable to wind drift. For hunting in woodland environments where shots will be 150 yards or less, all of the modern .22s are appropriate for deer. When you get to bullets heavier than 60 grains, we recommend moving up a notch to the .243 class of cartridges.

The greatest thing about the .22 rimfires is, again their ease of use. You can shoot all day without experiencing fatigue, unlike shooting 7mm and 30-cal. rifles. The more you shoot, the better you'll shoot.

The popular AR-15 semi-automatic rifle is chambered for the .223 Remington and its military equivalent, the 5.56 x 45 NATO. Many manufacturers also make outstanding bolt-action rifles and single-shot rifles chambered in .223 Rem.

Many bolt-action rifles are generally target rifles or varmint hunting rifles designed for lighter bullets in the 40-45 grain category. For deer hunting, we recommend a bullet no lighter than 50 grains, but we prefer 55-60 grains.

Most AR-15 barrels have a 1:12 twist, meaning that the rifling makes one complete turn inside the barrel every 12 inches. Rifling is a spiraled groove cut into the barrel that makes a bullet spin as it travels down the tube. It turns a bullet into a spinning fastball instead of a knuckleball.

A 1:12 twist stabilizes lighter bullets. A 1:8 twist rate (one complete turn every 8 inches) is better for heavy bullets. Retailers often don't know twist rates. With smartphones, you can look up the specifications for the particular rifle in your hands before buying.

The 5.56 x 45 NATO is almost identical to the .223 Rem., but it is not frequently loaded with hunting bullets. Most users shoot full metal jacket ball ammo that they buy in bulk. It does not expand and is not legal for deer hunting in Arkansas. Therefore, we recommend the .223 Rem, which is recognized as a sporting cartridge.

We have a lot of experience with this cartridge, and it is one of our favorites. Our platform was a Savage Model 10 Predator Hunter, a heavy, bolt-action rifle with heavy bull barrel designed for heavy bullets. I killed deer with it, as did my daughter Amy.

Because of its slow barrel twist, that rifle was very inaccurate with 40-grain target ammo, but when we finally dialed in the right handloads, it was tremendously accurate.

My Swift is a Remington VSSF. After dialing in the scope, its first three shots formed one ragged hole, which gave us the confidence to part with our 22-250. Regrettably, we were not thinking clearly when we made that decision. The Remington is a much heavier rifle with a considerably longer barrel. It is made to be shot from sandbags, whereas the Savage Predator Hunter was quite at home in a box stand or pop-up blind. We have not hunted deer with the Remington, but we have all confidence that it would perform like a lightning bolt if the opportunity arises.

Gun writers cannot resist repeating the myth about the Swift burning up gun barrels. Thanks to modern powders and modern barrel steel, the Swift is no harder on barrels than anything else, especially with the low volume of shooting that most Arkansas hunters do. If you get a Swift, it will outlast you and your heir.

We repeat that a .22-cal centerfire is not the gun you want for shooting deer across bean fields or down utility rights of way, but inside 200 yards with proper shot placement, it will put venison in your freezer without a bit of trouble. 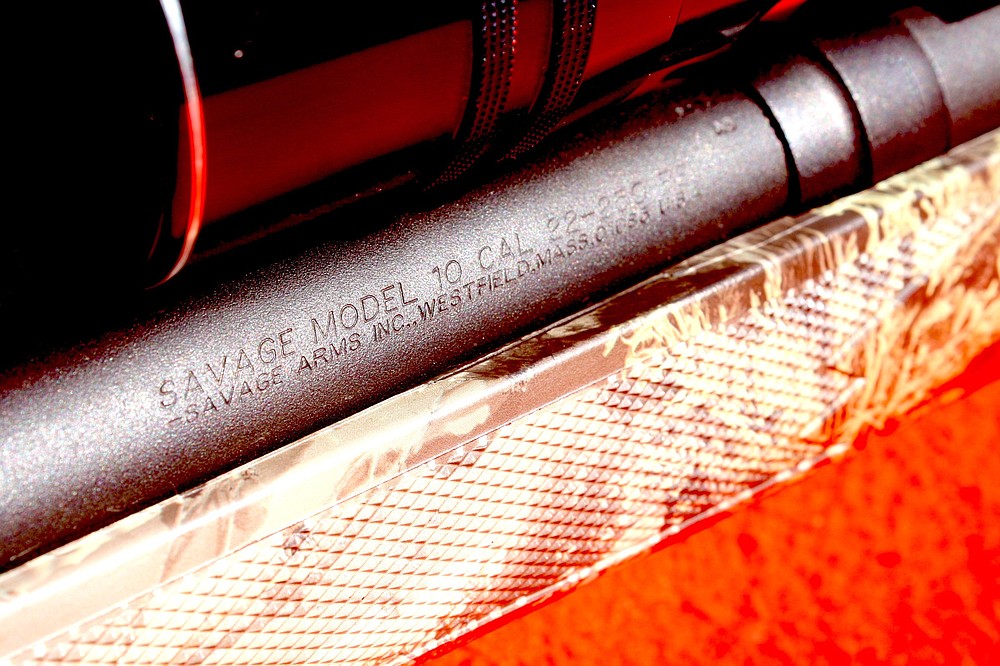 Loaded with Nosler Ballistic Tips, like this load, it is an effective deer hunting combination. (Arkansas Democrat-Gazette/Bryan Hendricks)