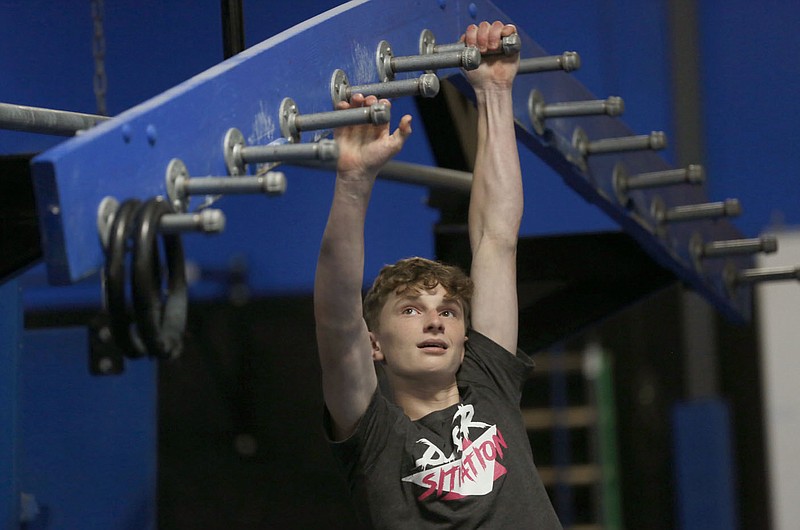 Bentonville West High School student Owen Dyer, 16, a competitor in the new Ninja Warrior's teen category climbs down a jungle gym as he trains Tuesday, July 6, 2021, at Flip Side Ninja Park Lowell. Check out nwaonline.com/210711Daily/ and nwadg.com/photos for a photo gallery.(NWA Democrat-Gazette/David Gottschalk)

BENTONVILLE -- Owen Dyer is hanging on by his fingertips on the latest season of "American Ninja Warrior." That's just how he likes it.

"I like hanging on smaller ledges," Owen said. "Almost all the obstacles in the sport kind of have something to do with a grip or some kind of upper body strength."

Owen, 16, of Bentonville is one of about 30 teenagers to officially compete on the NBC television show, which this season introduced athletes as young as 15 to compete against traditional adult contestants. More than 400 athletes are competing this season, according to NBC's website.

"It was just a dream come true for me, no matter what happened this season on the show," he said. "It's been the goal this whole time doing all of this. I wanted to make it to the big show."

The 13th season of "American Ninja Warrior" began airing June 21 and featured qualifiers filmed at the end of March in Tacoma, Wash., said Brent Dyer, Owen's father. Owen performed well enough in the qualifiers to advance to the semifinals, which were filmed in mid-April in Los Angeles and will air at 7 p.m. Monday on NBC, he said.

Owen will compete against about 150 competitors in the semifinals, said Brent Dyer. Episodes of the competition will air into September, he said.

"American Ninja Warrior" was inspired by a Japanese television show called "Sasuke" that began in 1997, according to the Internet Movie Database, an online multimedia resource. The popularity of the show has inspired spinoffs globally, according to the database, as well as the "ninja warrior" sport and athletic competitors called "ninjas."

"It's a mixture of rock climbing, gymnastics and parkour," he said of the sport. Parkour involves running, and rapidly jumping and climbing through barriers.

The West High School junior wasn't one of the original teens selected for the show, most of whom were familiar with producers and had competed previously on "American Ninja Warrior Junior," he said.

Owen applied as an adult competitor in December to get producers' attention and communicated in his audition video that he would be 16 at the time of the competition, he said.

"The worst thing they were gonna say was no," Owen said. "It ended up working out really well."

He found out in February that he would be competing.

"It was incredible," he said. "I still can't explain the moment."

The competition has been filmed in full, he said. The teen said he's limited on what he can share about how he fared overall toward the show's $1 million top prize, which is awarded to the ninja who can conquer all four stages of the obstacle course at the National Finals in Las Vegas.

"You're gonna want to stay tuned this season. There's some big stuff that's going to happen," Owen said. "I think the viewers are going to be very shocked about what's gonna happen, and I think this season's gonna be history. It's gonna change the sport forever."

Owen said the course of his own life was affected when he discovered the sport three years ago at his 10-year-old brother Hayes' recommendation. He didn't have an interest in sports before discovering ninja warrior, he said.

"Once I found it, it just clicked with me," he said.

The teen now practices six days and eight to 10 hours per week at his home gym and Flip Side Ninja Park in Lowell, where he works as a coach, he said.

"I no longer have a garage because it's a ninja gym," said Brent Dyer. "When we're at home, he can really concentrate on all these small grip things and really work on the finesse type of things."

The private gym offers obstacles similar to those featured on "American Ninja Warrior," such as the Warped Wall, a steeply curved high wall obstacle, and the Salmon Ladder, which requires athletes to do leaping pull-ups while moving a bar up a series of hooked supports.

Lane Saling of Rogers also coaches at the gym and competed against Owen as an adult this season on "American Ninja Warrior."

He said he's been impressed with how well Owen has performed in the competition to date.

"He definitely deserves it because he's a monster."

He sometimes watches Owen practice at Flip Side in disbelief, he said.

"He is so strong at just everything in here," Saling said.

Owen said the key to progressing in the sport is finding what skill he likes most and spending a lot of time focusing on it.

"My favorite things to train is upper body and grip, but then I can't forget about the balance and lower body obstacles when I get onto the course," he said. "Those are important to earn points while you're running the course."

Owen's passion for the sport and grip obstacles inspired him to invent Dyer Situation Limits holds, which he said are being sold to home, ninja and rock gyms.

"You always hear people say 'I got in a dire situation,'" Brent Dyer said. "We just play off of our name and then call them 'Dyer Situation. Limits.'"

The 3.5-inch polyurethane resin sleeves can be screwed onto the bottom of any 2-inch piece of lumber to convert it into a vertical limit trainer, according to product specifications. The sleeves create 1-centimeter-wide ledges along the lumber, which athletes must use their fingertips to hold onto as they navigate the obstacle.

Creating the vertical limit trainers is a testament to Owen's commitment to the sport. He wants to study business management in college so he can open his own ninja warrior gym someday.

"Whether it's ninja warrior or more just fitness in general, I know people are always going to need fitness and a gym," Owen said. "I feel like it would be a sustainable business plan to get into."

Inspiring future ninja warriors has been one of the most rewarding experiences as a ninja athlete, he said.

"I think it's super cool to be able to say I helped influence and start this work, because it's still so new," he said. "It's hard to say where the end is going to be because it's such a new, fresh thing. So, I think this is just the start." 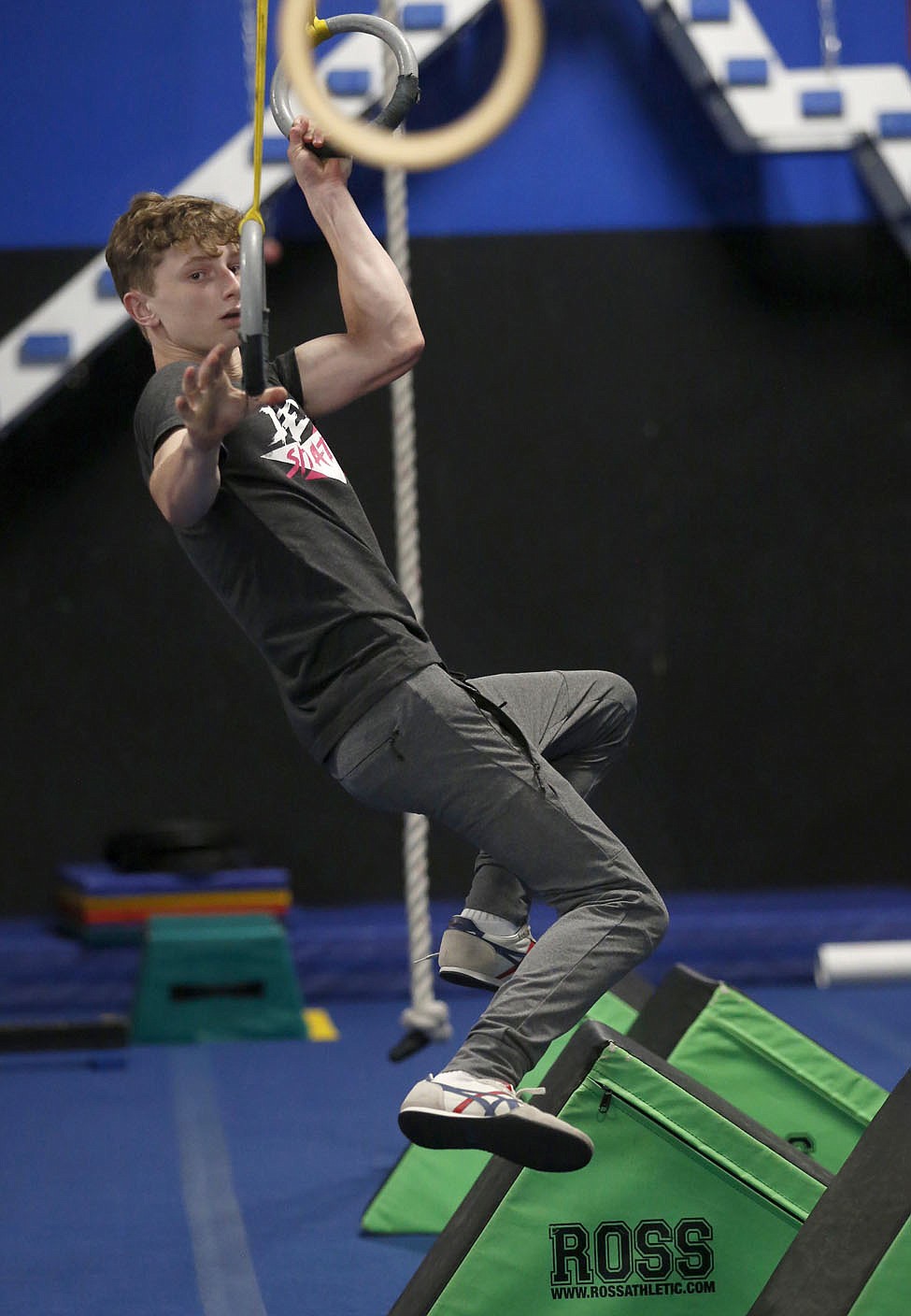 Bentonville West High School student Owen Dyer, 16, a competitor in the new Ninja Warrior's teen category reaches for a hoop as he trains Tuesday, July 6, 2021, at Flip Side Ninja Park Lowell. Check out nwaonline.com/210711Daily/ and nwadg.com/photos for a photo gallery.(NWA Democrat-Gazette/David Gottschalk) 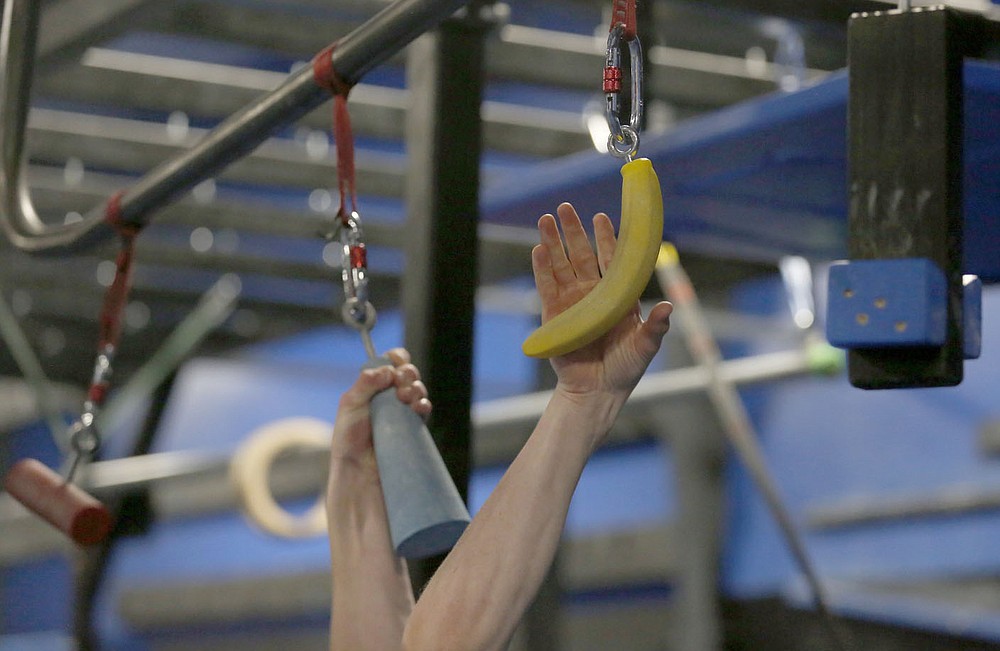 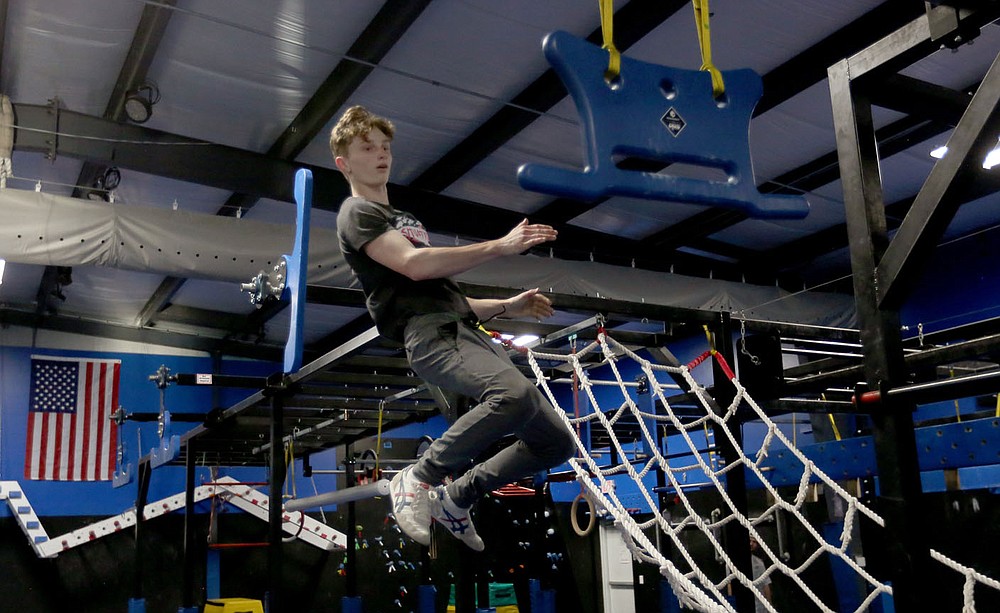 Bentonville West High School student Owen Dyer, 16, a competitor in the new Ninja Warrior's teen category flies between hand holds on an obstacle as he trains Tuesday, July 6, 2021, at Flip Side Ninja Park Lowell. Check out nwaonline.com/210711Daily/ and nwadg.com/photos for a photo gallery.(NWA Democrat-Gazette/David Gottschalk) 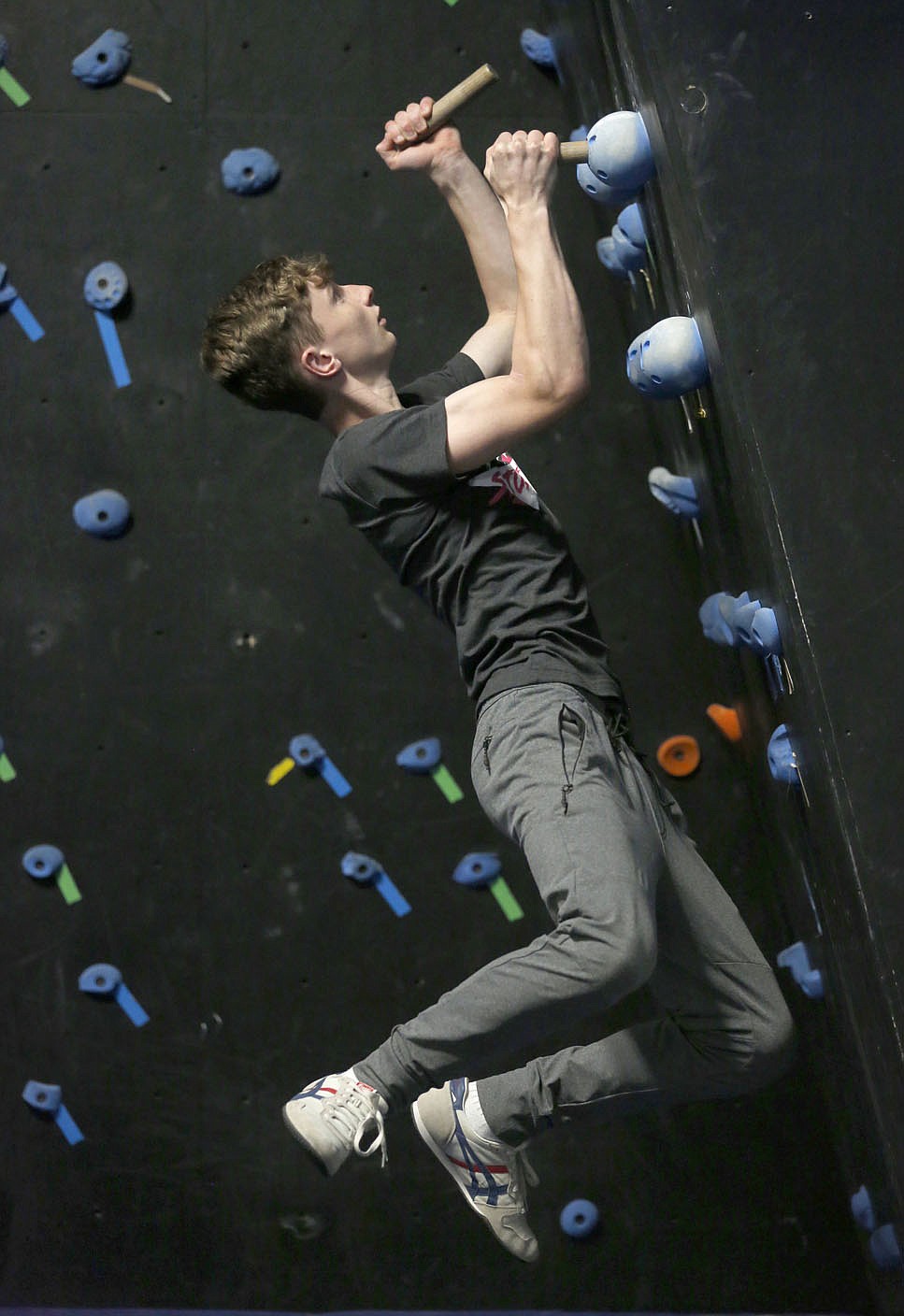 Bentonville West High School student Owen Dyer, 16, a competitor in the new Ninja Warrior's teen category climbs a peg board as he trains Tuesday, July 6, 2021, at Flip Side Ninja Park Lowell. Check out nwaonline.com/210711Daily/ and nwadg.com/photos for a photo gallery.(NWA Democrat-Gazette/David Gottschalk)