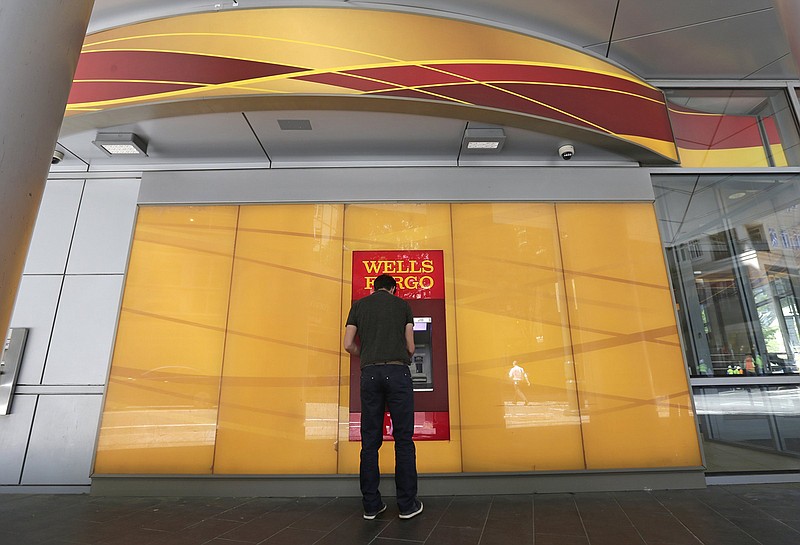 Bank of America's second-quarter profit more than doubled from a year earlier, as the consumer banking giant was able to move more loans onto the "good" side of its balance sheet as the pandemic wanes.

But like other banks, Bank of America saw a decline in interest income and revenue from a year earlier because of lower interest rates.

The Charlotte, N.C., bank said that it earned $9.22 billion in the last three months, or $1.03 per share. That is up from a profit of $3.53 billion, or 37 cents per share, from the same period a year earlier. The results were better than the 77-cent-per-share profit that analysts had predicted, according to FactSet.

Bank of America's profits got a boost from two one-time items. The bank was able to release $1.6 billion from its loan-loss reserves that it had set aside during the pandemic to guard against defaults, and also recorded a $2 billion one-time credit related to certain taxable assets in the U.K.

While the bank's profits rose from a year earlier, revenue did not. Interest income fell in the quarter to $10.23 billion from $10.85 billion a year earlier, because of lower interest rates. Bank of America's balance sheet is more heavily weighted toward securities with short-term durations, which means the bank's interest income can fluctuate more when interest rates change compared with other banks.

The bank earned $6 billion in the period, or $1.38 per share, easily surpassing analysts projections of 98 cents per share. The company lost $1.01 per share in the same period last year as the coronavirus pandemic ravaged the global economy.

Revenue also was much higher than projections, with the bank pulling in $20.27 billion in the quarter. Analysts were expecting revenue of $17.76 billion, according to FactSet.

In a sign of the improving economic conditions, the San Francisco bank released $1.6 billion from its loan-loss reserves, money set aside to cover bad loans. It set aside $8.4 billion to cover potentially bad loans in last year's second quarter.

Expectations were high for the banks this earnings season. Banks set aside tens of billions of dollars to guard against customer defaults early in the pandemic; some of those billions are now being moved back onto the "good" side of their balance sheets.

As previously announced, the bank plans to raise its third-quarter dividend to 20 cents per share from 10 cents per share, pending board approval. Just more than a year ago its dividend was 51 cents per share. The company also reiterated its plan to buy $18 billion of its shares over the next four quarters.

The bank is trying to exit the strict federal guidelines that sets its asset cap just under $2 billion, hindering its ability to grow.

The Federal Reserve capped the size of Wells Fargo's assets in 2018 after a series of scandals, most notably the uncovering of millions of fake checking accounts its employees opened to meet sales quotas. The Fed lifted that cap last April as part of the federal government's Payroll Protection Program because many of Wells Fargo's small-business customers were blocked from applying, but most of the restrictions remain.

Citigroup Inc. profit jumped more than fivefold from a year earlier, helped by an improving economy that resulted in fewer bad loans on the bank's balance sheet.

The New York bank said that it earned $6.19 billion, or $2.85 a share. That's up from a profit of $1.06 billion, or 38 cents a share, in the same period a year earlier. The results were significantly better than the $1.97-per-share profit that analysts had expected, according to FactSet.

Like other big banks, Citi was able to move previously bad loans onto the "good" side of its balance sheet as the economy had improved since vaccinations have become more widespread. Citi was able to to release $2.4 billion from its loan-loss reserves, compared with the $5.94 billion it had to put into those reserves a year earlier.

The pace of the global recovery is exceeding earlier expectations and with it, consumer and corporate confidence is rising.

"While we have to be mindful of the unevenness in the recovery globally, we are optimistic about the momentum ahead," said Jane Fraser, Citigroup's chief executive officer, said in a statement.

The improving balance sheet can be seen in Citi's consumer banking franchise. The division reported a $1.8 billion profit in the quarter, compared with the loss it reported a year earlier. Last year's loss was entirely tied to Citi putting away funds to cover potentially bad loans.

Citi's trading revenue declined in the quarter, a reflection of how markets have calmed in the past year. The second quarter of 2020 was a period of high volatility as investors navigated the social and economic impacts of the coronavirus pandemic, which provided opportunities for traders to profit.

Total revenue in Citi's institutional clients group, which includes its trading desks, was $10.39 billion in the quarter, down 14% from a year earlier. Total revenue across the entire firm was $17.5 billion.