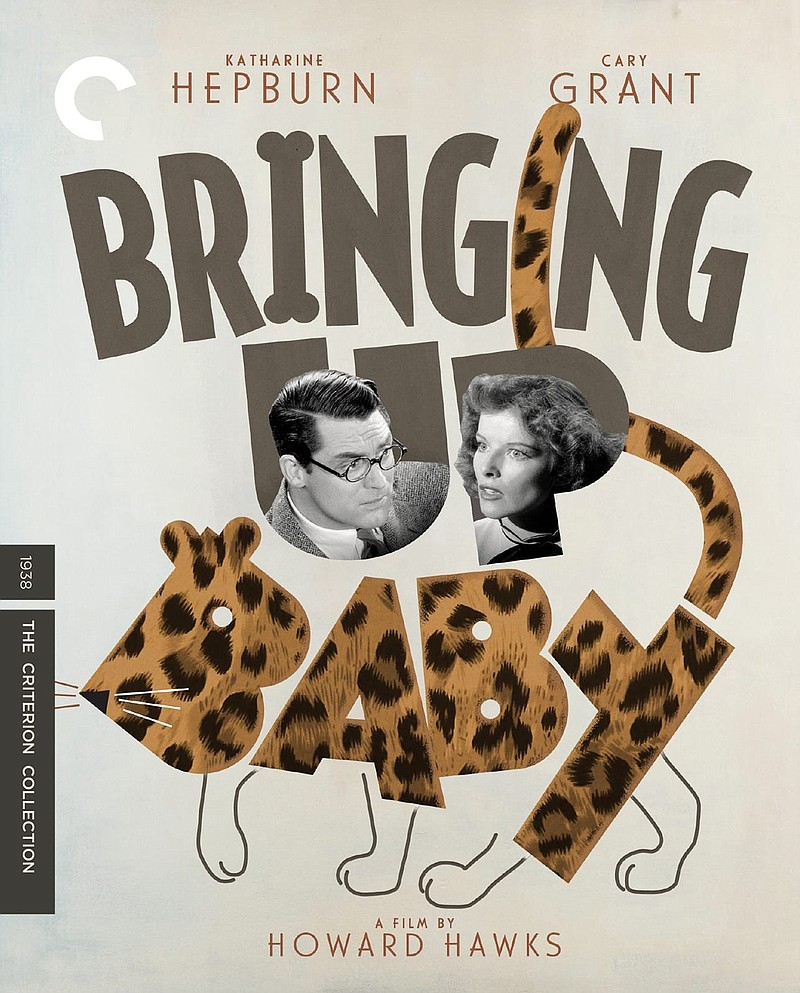 By now, it's very well understood how male-dominant the movie industry has been in its first century of existence. It's somewhat curious, then, that in a pair of staples from Hollywood's Golden Age -- the femme fatale noir and the screwball comedy -- the men are mostly dupes: In the former, they're led into disarray and murder after getting their heads turned by a flinty dame; in the latter, they are overwhelmed by a female madcap agent of chaos, who teaches them they need to loosen up to experience love and life.

Howard Hawks' 1938 classic, "Bringing Up Baby," which stars Katharine Hepburn as a flighty heiress, and Cary Grant as her lovable, but stoic love interest, a reserved paleontologist who only wants to finish his brontosaurus exhibit, definitely falls into the latter category. In fact, the very term "screwball comedy" is often attributed to the prolific director, who perfected the form with leading man Grant over the course of several pictures.

In Hawks' comedies, everything moves at a brisk pace, from the characters racing over the sets and into the next scene, to the rat-a-tat dialogue, as this interplay, between Hepburn's Susan Vance and Grant's David Huxley:

Vance: I bet you wouldn't treat Miss Swallow this way.

Huxley: I bet Miss Swallow knows poison ivy when she sees it.

Vance: Yes, I bet poison ivy runs when it sees her.

The story is twisty and plenty silly -- and, honestly, seems to have to work awfully hard with dogs, cops, bones, and live leopards while they're at it -- but the comic chemistry, between the leads, and also the side players, many of whom from the Vaudeville circuit, makes even the most tumultuous encounters (a climactic free-for-all at the county jail, in which all the players get to bomb around together as a pack, for example) run smooth as a gear box.

It's also a great lynchpin in cinematic lore: Hawks had Grant take his character's studied mein from Silent Era comedian Harold Lloyd, Christopher Reeve later used Grant's Huxley as a model for his squirmy Clark Kent character in the "Superman" movies; much of the manic energy and dynamic between stoic, repressed male, and bouncy, loquacious female was snatched by Peter Bogdanovich in his wonderful homage, "What's Up, Doc?" And so forth. If not every gag hits as hard as it did more than eight decades ago -- Grant in a frilly nightgown likely mowed them down back in the day -- the precise timing and perfectly clipped comic tone became so ingrained in Hollywood's DNA, it's impossible to imagine the institution without it. As Huxley exhaustedly responds near the end, after being interrogated by his now former fiance, who asks him what he's done, "Just name anything, and I've done it."

In addition to the handsome 4k restoration, there is an audio commentary, appropriately enough, from Bogdanovich; a video essay about Grant; an interview with film scholar Craig Barron on the special effects utilized in the film to keep the actors safe from the animals; and a doc about Hawks, which includes the director's last filmed interview, among other goodies.

Reviewed from the Criterion Collection Blu-ray.