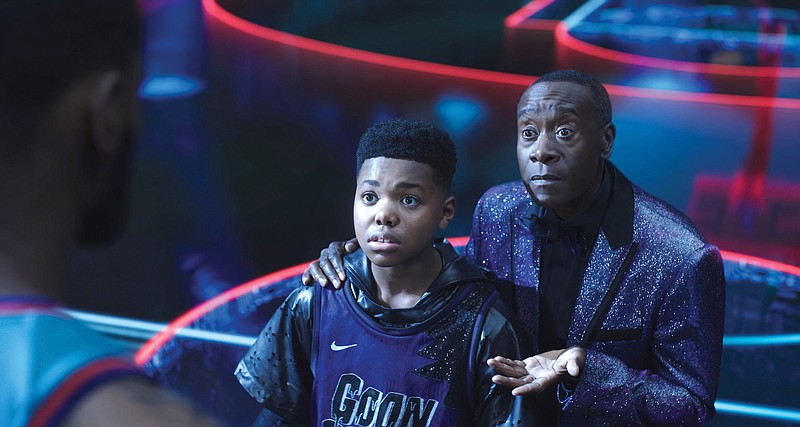 Don Cheadle was a key player in putting a modern spin on "Space Jam."

The actor stars in "Space Jam: A New Legacy" as Al G. Rhythm, a sinister artificial intelligence unit that assembles a roster of super-enhanced athletes to compete against LeBron James, Bugs Bunny and the Looney Tunes in a high-stakes basketball game.

Cheadle appreciates how the movie depicts exciting moments on the court while exploring the dynamic between James and his on-screen son, who dreams of a career outside of basketball.

"It's not just about a competition within these two different players and worlds," Cheadle, 56, said. "It's really kind of a competition with a father and a son, and a desire from all the characters to figure out how to find their place and get respect and be seen and be heard. That's interesting that all the characters are on similar sort of journeys but in very different ways."

The movie, out today in theaters and on HBO Max, serves as a highly anticipated sequel to 1996's original "Space Jam" that starred Michael Jordan.

"Space Jam: A New Legacy" begins with James and his teenage son, Dom (Cedric Joe), getting stuck in a digital realm controlled by Cheadle's character.

To return to the real world, James must defeat Al G.'s team in a basketball game, and enlists the ragtag Tune Squad to play with him.

"The ability to do this mixed media, where we have animated characters with live-action characters and these [computer-generated] worlds where you can create really spectacular visual vistas" was interesting, said Cheadle, who stressed the importance of "still keeping with the theme of the original movie with this big basketball game for super high stakes at its core."

He worked closely with the filmmakers to fine-tune the villainous Al G., with director Malcolm D. Lee describing Cheadle as "one of the finest actors ever to grace the screen."

"What was put before us was trying to figure out a way to humanize what is ostensibly a virtual piece of tech and come up with what he wants, how he goes about getting it and how he intends to manipulate not only the circumstances but [Cedric Joe's] character, Dominic, to his own ends," Cheadle explained.

Both Cheadle and Lee praised working with James, who also produced the movie. Lee, who joined the project after James was already attached, said the Los Angeles Lakers star was the perfect "transcendent global icon" to follow Jordan's performance in the original film.

"We knew we wanted to make a movie that felt modern, that was of the digital age that we're in, and with the rise and popularity of video games [and virtual reality] entertainment, we wanted to make sure we incorporated all of those kinds of elements as well," Lee, 51, said.

For Cheadle, the themes of family and following one's own path make "Space Jam: A New Legacy" relatable.

"There's for sure a big aspect of the movie that's a sports movie, but to me, it's really kind of a character movie," Cheadle said. "It's really about a kid trying to find his place and figure out how he can be who he wants to be." 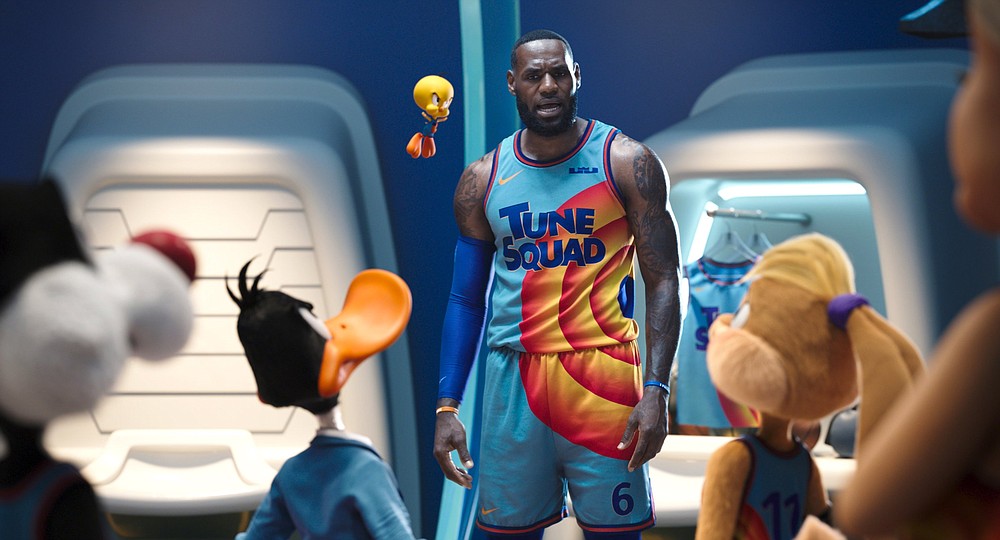 The band’s back together: Slyvester the Cat, Daffy Duck, Tweety Bird and Lola Bunny size up LeBron James in this scene from Malcolm D. Lee’s “Space Jam: A New Legacy.”