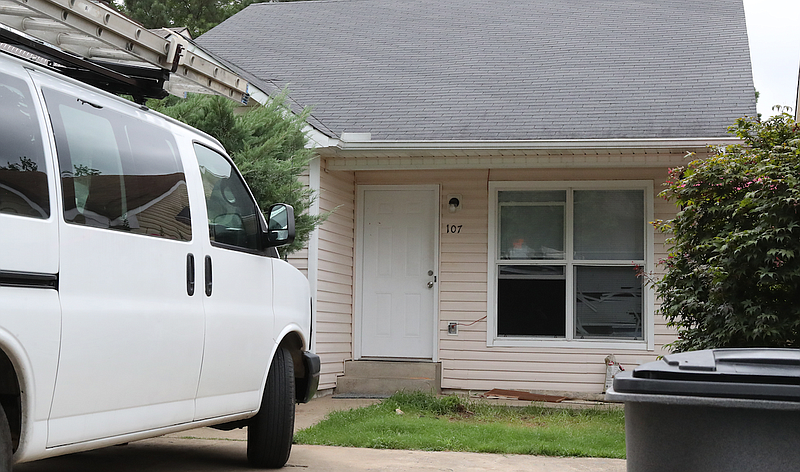 A van is parked outside 107 Rocky Reef Circle Friday morning, where the bodies of a man and woman were discovered by police. (Hot Springs Sentinel-Record/Richard Rasmussen)

A man and a woman were found dead in a Hot Springs home Friday morning after what police believe was a murder-suicide.

Officers responded to 107 Rocky Reef Circle at around 6 a.m. Friday regarding a possible shooting, according to a Hot Springs police news release. Police said officers found Stephanie Lininger, 46, and Angel Valentin, 56, both of Hot Springs, dead inside the home.

"Detectives interviewed witnesses, processed the scene and the initial investigation leads to a murder-suicide, related to a domestic dispute," the release states.

Police said the investigation was ongoing.