Meeting in Uzbekistan seen likely to tilt to talk about trouble in Afghanistan by Compiled Democrat-Gazette Staff From Wire Reports | July 16, 2021 at 3:58 a.m. 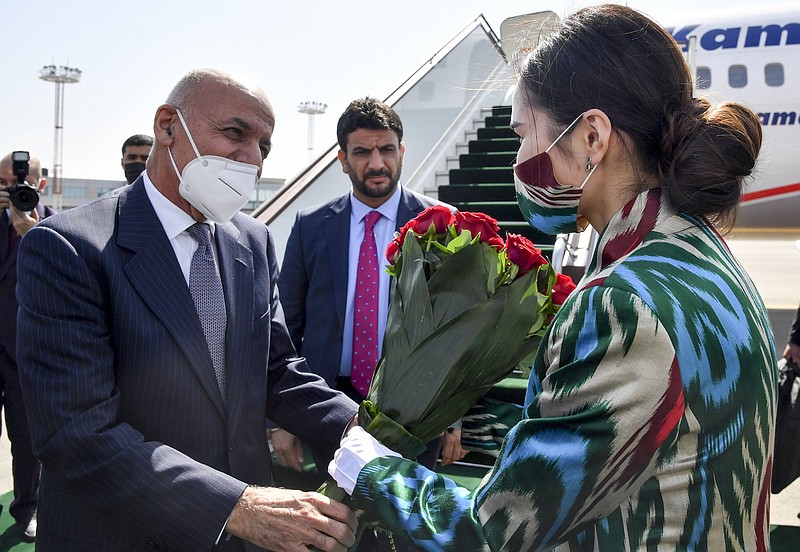 ISLAMABAD -- A Taliban surge has put the insurgent force in control of key border posts, opened up fresh sources of revenue and rattled many of Afghanistan's neighbors.

In the Uzbek capital of Tashkent, a two-day regional meeting that began Thursday was originally supposed to deal with "connectivity" in South and Central Asia, encouraging trade ties and transport issues. But it morphed into a high-level gathering of senior U.S., Russian and EU officials that most certainly will be consumed with Afghanistan and the impact of the rapidly advancing Taliban.

In many instances, Afghanistan's security forces and military have put up little to no resistance, after often being left without resupplies or reinforcements. Two weeks ago, more than 1,000 Afghan troops fled across the border into Tajikistan. The Taliban did not pursue them.

[Video not showing up above? Click here to watch » https://www.youtube.com/watch?v=EOFkPNTNXCo]

The Taliban also have issued statements, including from senior leader Mullah Abdul Ghani Baradar, who negotiated last year's deal with the U.S., assuring Afghanistan's neighbors that they have nothing to fear from the insurgent movement.

The Taliban surge it taking place as the U.S. and NATO all but wind up their nearly 20 years in Afghanistan. Earlier this week, the U.S. Central Command said the American withdrawal was 95% complete, after President Joe Biden's mid-April announcement that America was ending the "forever war."

The goals of the gathering are now unclear. Rather than the original agenda of highways and railroads, the powers probably are looking for some regional consensus over what a final peace can look like and action from all the players to push that through. The fear is not only over Taliban gains; without a peace deal, Afghanistan's many warlords may turn to a new civil war among themselves to seek power or preserve their interests.

"We call on countries of the region and the broader international community to play a constructive role in support of the Afghan peace process," Borrell said.

American diplomats are escalating a charm offensive with Central Asian leaders as they work to secure a close-by spot to respond to any resurgence of outside militants in Afghanistan after the U.S. military withdraws.

But even as high-level U.S. diplomats head to the region, they're meeting with more doubts from Afghanistan's neighbors about any such security partnering with the United States. That stands in contrast to 2001, when Central Asian countries made territory available for U.S. bases, troops and other access as America hit back for the Sept. 11, 2001, attacks plotted by al-Qaida in Afghanistan.

There's distrust of the U.S. as a reliable long-term partner, after an only partly successful war in Afghanistan and after years of widely fluctuating U.S. engagement regionally and globally, former American diplomats say. And there's Russia, blasting out this week that a permanent U.S. military base in its Central Asia sphere of influence would be "unacceptable."

Meanwhile, the Taliban leadership, more internationally savvy than in 2001, has been visiting regional capitals and Moscow this summer in a diplomatic push of its own, offering broad pledges that it will pursue regional security, peace and trade whatever comes of its fight with the Kabul government.

Information for this article was contributed by Kathy Gannon, Daria Litvinova, Vladimir Isachenkov, Ellen Knickmeyer and Matthew Lee of The Associated Press.