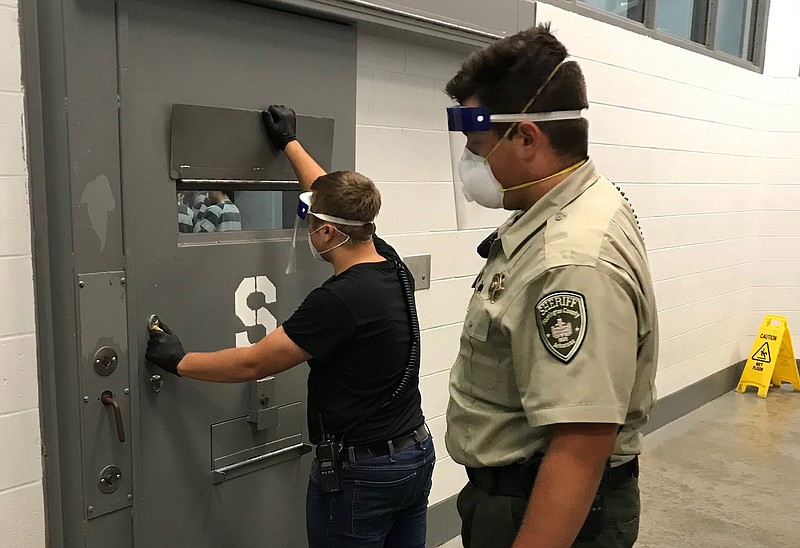 Jenkins said she didn't know when the testing is going to take place. She said it will take a few days for the Health Department to get the results to the Sheriff's Office after testing is completed.

The inmate population in the jail Friday was 638.

Jay Cantrell, chief deputy of the Washington County Sheriff's Office, said there are 20 positive cases in the jail, with the last positive test coming Wednesday.

There were 646 detainees in the Washington County Jail on Thursday, Cantrell said.

Washington County isn't planning to test all the detainees, he said.

"We test every detainee as they come out of the two-week initial intake quarantine blocks," Cantrell said. "That's where these current positive cases originated. We isolate the positives cases."

Cantrell said the Sheriff's Office works closely with the Health Department and follows its guidance.

"If we find cases within the general population blocks, we may decide to test all detainees, but so far we don't have any in GP," Cantrell said.

Holloway said staff have given inmates the opportunity to receive covid-19 vaccines. He said he didn't know the number of inmates who had been vaccinated.

Some employees also have been vaccinated, but he did not know the number, Holloway said.

The remainder of the detainees are not yet eligible for the vaccine, Cantrell said. The ineligible inmates are in their two-week quarantine or they have active covid, he said.

Capt. Philip Pevehouse with the Sebastian County Jail said Friday there were no covid cases in the facility. He said detainees with symptoms are tested by medical staff at the jail.

Crawford County Sheriff Ron Brown said Friday the jail did not have any positive cases. He said they quarantine detainees for seven days upon intake and don't allow public visitation.

"We encourage hand washing and maskings as well as thoroughly cleaning area," she said.