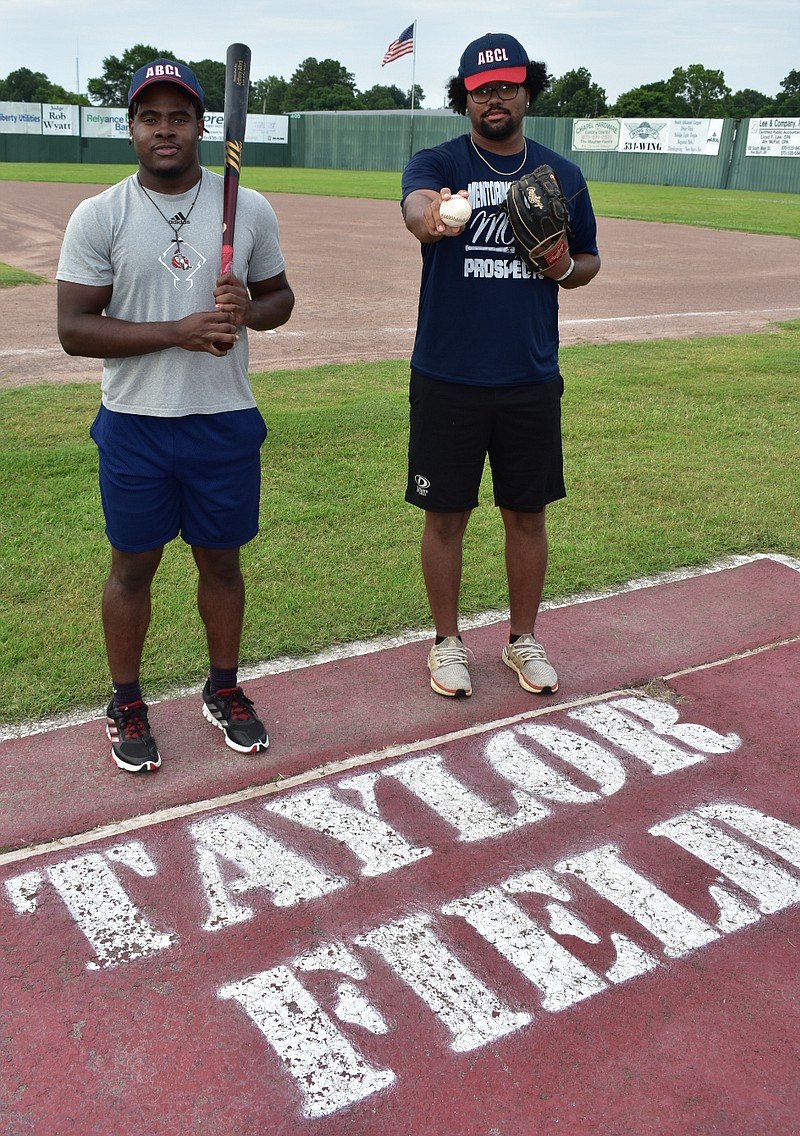 With the help of a former major-league first-round draft pick, Carroll landed a scholarship to play with the Panthers of the Southwestern Athletic Conference.

"Dee Brown was at one of his camps I attended, and he saw me," Carroll said of the Kansas City Royals' 14th-overall pick in 1996 who played 12 seasons in the majors, minors and Japanese league. "He said, 'That kid's got some potential. What is he doing? Where's he going?' He helped me out through the recruiting process."

Carroll has been honing his game in the Pine Bluff-based Arkansas Baseball Collegiate League after batting .412 with a home run, seven runs batted in and six doubles during a 5A-South All-Conference season at PBHS. The second and third baseman is hitting .313 in the ABCL with a home run, 10 RBI, nine runs scored and three stolen bases through six weeks.

Getting players to the next level has been a big goal for ABCL operator and scout Jeff Gross. In all, four participants in the first-year summer league have landed scholarships, he said.

"Everything just kind of worked out for [Carroll]," Gross said. "... [Prairie View] was pretty high on the list of where he wanted to go from the beginning of his high school senior season, and we're happy it worked out for him."

Local players who are already competing at two-year or four-year colleges are putting in work in the ABCL, which held its own All-Star activities July 6, one week before the MLB All-Star Game. The league resumes action today at 1:15 p.m. with another game between Pine Bluff teams Blue Jays and Cardinals at Taylor Field.

R.J. Stinson, a 2019 PBHS graduate, won the ABCL home-run derby with 14 shots over the tall outfield wall at Taylor Field. Using the old MLB Home Run Derby rule of hitting as many homers as possible before collecting 10 outs, Stinson blasted four homers in the first round, five in the second and five more in the third with five outs to spare to win.

The third baseman and left fielder at Mississippi's William Carey University had just come off vacation when he won the derby.

"I was feeling all rusty, but I still told myself, I might as well just go out there and do it," Stinson said. "I came out winning."

Stinson's bat has been blazing at William Carey and the ABCL. Batting as high as .350 during a shortened college freshman season, Stinson is 13 for 23 (.565) at the plate with six doubles, a triple and a homer, 12 runs scored, 11 RBI and 10 stolen bases.

His secret: working on opposite-field hits as a right-handed batter.

"Staying back and thinking the other way, so, whatever they pitch me, just hit it where it's pitched," Stinson said. "It's just a mindset to help me stay back. Once they try to come inside of you [in the pitch zone], you won't be, like, out in front."

The day after Stinson's derby feat, 2020 Watson Chapel High graduate Randy Little Jr. made his ABCL debut in the All-Star game and was named Most Valuable Player. Little struck out three out of six batters faced and smashed a home run in a performance resemblant of Los Angeles Angels pitching and hitting sensation Shohei Ohtani.

Little said he was surprised by the honor.

"I just came out to play and get my name out," Little said. "I had seen a fastball come at me, and I smashed it."

UA Rich Mountain is a two-year school in Mena.

"We played against a lot of good competition," Little said. "It was my first year. Pretty much our whole team was true freshmen. Pretty much, as 18-year-olds, we were going up against 21-year-olds."