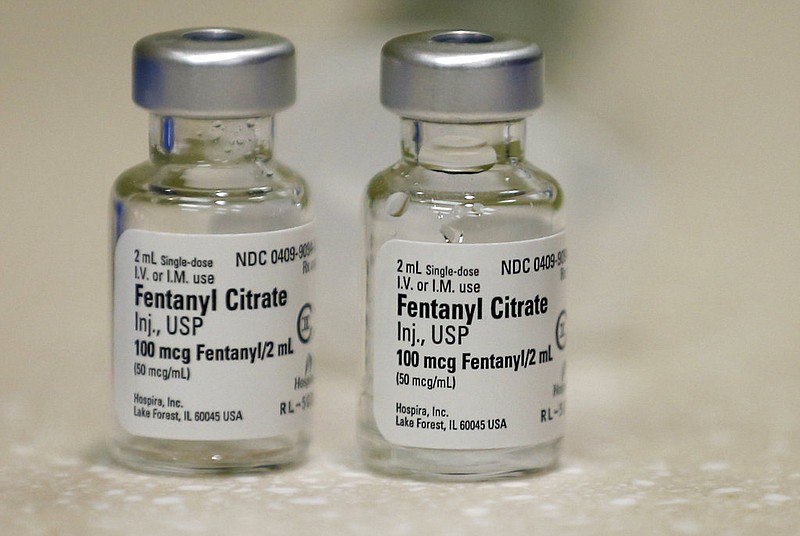 Overdose deaths in Arkansas are estimated to have increased by more than 40%, or 152 deaths, in 2020 according to data released this week by the Centers for Disease Control and Prevention National Center for Health Statistics.

Arkansas Drug Director Kirk Lane said officials knew the overdoses were going to be higher in 2020 because of the covid-19 pandemic.

"People with depression, isolation, all of those factors that go into a perfect storm, but also we had a great influx of illicit fentanyl in the state," Lane said. "We are seeing that in all sorts of substances, whether pressing it into a counterfeit pill, meth, cocaine and even marijuana."

Fentanyl became the deadliest drug in Arkansas in 2020 for the first time, passing methamphetamine, Lane said.

In 2019, Arkansas was one of five states that reduced overdose deaths by double digits, Lane said. He said that partly came through opening access to recovery programs throughout the state, expanding Narcan programs and increasing education.

Lane said everyone knew the overdose numbers would be high for 2020 but the CDC numbers still came as a shock.

It is hard to know the true numbers, Lane said. Partly because there is under-reporting from coroner's offices. A database has been provided to coroners, but about 40% are not using it, he said.

"We don't want to wait six months to find out what happened last year," Lane said. "We really need coroners to be a part of that conversation on the front end."

Chris Dickie works on the front lines of addiction treatment as the CEO of the Natural State Recovery Centers. He said the past year has been hard.

"Addiction thrives in isolation," he said. "Having all the resources available to our patient population is a critical piece of the puzzle."

Dickie said he's thankful, as a recovered addict, that he survived but he knows some who didn't.

"We had a person come through our program and successfully graduate," Dickie said. "He had big plans for his future. I helped him on a resume, and when the pandemic hit, he was in isolation a little too long and ended up losing his life after a relapse."

The death caused a lot of pain in the community, Dickie said.

It wasn't only the people already battling addiction who suffered through covid, Dickie said.

"I serve on the Alcohol and Drug Abuse Coordinating Council," Dickie said. "We see a report every month about new admits and their demographic. There was a lot of new people who had never struggled before this year. Lots of people who had never reached out for help or ever sought treatment before were all of a sudden in the pool, and that might be a part of the desperation that the pandemic caused."

Dickie said his program, which includes detox, residential and outpatient services, was able to continue operating with hybrid models during the shutdown.

Organizations throughout the state also started coming together to create programs to address addiction when it became apparent there was a growing problem, he said.

"When people need help, they don't need to be put on a list," Kirk said. "They need treatment right then."