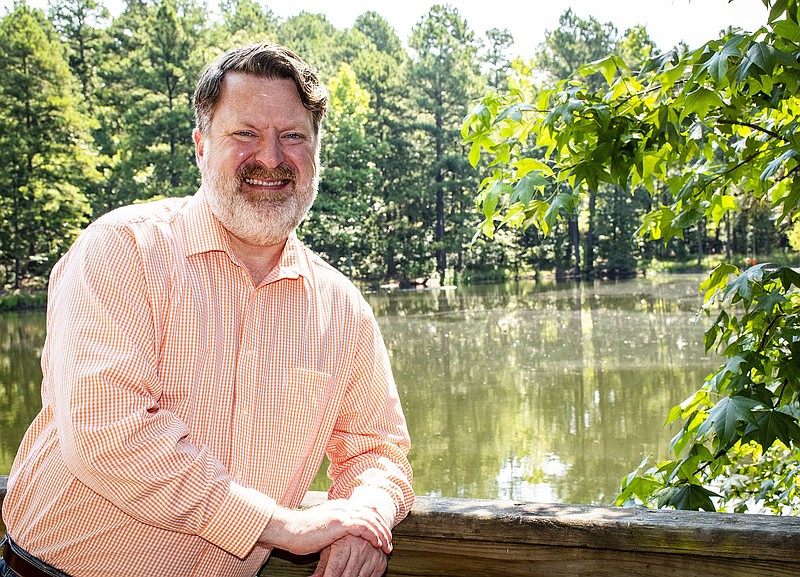 Matt Buie is chairman of the Little Rock City Parks Conservancy. Growing up in Rison, Buie developed an affinity for municipal parks. Now he is dedicated to preserving and maintaining all the capital city’s parks. (Arkansas Democrat-Gazette/Cary Jenkins)

With 63 parks in its system, the Little Rock Division of Parks and Recreation has its hands full trying to keep them maintained and updated.

Enter Matt Buie. Buie spent his childhood playing in parks in and around Rison. And during his term as president of Rotary Club Afterhours, Buie and club members cleaned up Two Rivers Park and Kanis Park. The interest in parks led the solutions architect at Vestcom to search for ways to help maintain them.

"Obviously, there are major challenges in keeping up with everyday maintenance and funding for all of the parks we have in our system," Buie says. "It's a challenge to keep them up to date. For me, the one thing that really struck me the most was understanding the need in the playground areas. We've got lots of playgrounds all over town, and there is a rather significant need for maintenance and upgrades."

After learning about the inactive City Parks Conservancy, Buie met with Stacy Hurst to discuss it further. Hurst formed the conservancy shortly before she became a city director. It was incorporated as a nonprofit organization in 2003, she says. Hurst now heads up of the Arkansas Department of Parks, Heritage and Tourism.

In January 2020, the conservancy was re-established with Buie at its helm.

"A great city should have great parks," Hurst says. "They are gathering places. They contribute to quality of life. They create a sense of place, and they are beneficial for our residents and also visitors. We've got a great network of parks, and we really need to take care of them and protect them and improve them."

Hurst says she is still passionate about the city's parks but found herself too busy with other city matters to continue steering the conservancy.

"I am just so pleased that Matt has taken the reins because it is solid again," Hurst says. "It's available for people who want to partner with the city and the parks system. It is a great vehicle for doing great work."

But not long after the conservancy was reactivated, the covid-19 pandemic shut down everything. The organization recently regrouped and is working on long-term plans. Buie hopes to be able to announce at least one project, maybe, in August.

Buie said the parks under the city's domain comprise about twice the amount typical for a city the size of Little Rock.

"That, in and of itself, can explain the challenges from a maintenance perspective," Buie says. "We have a lot of parks for a city our size."

Eckart says the mission of the conservancy is important at this time.

The city has about 120 employees who oversee parks. On a good day -- weather permitting -- the city can handle general maintenance. But it is not enough.

"Parks haven't necessarily garnered the attention that they have in the past but we hope that is changing with more enthusiasm that we've seen over the past year with covid," Buie says. "Obviously parks have been a huge refuge for people who want to get out and about and have that open space and do so in a way where they can be physically distant."

The conservancy is planning to reach out to neighborhood and local sports organizations like soccer leagues and pickleball enthusiasts who might be interested in supporting and helping upgrade the park system.

He and Jennifer Owens married in December 2019, and they do not have children. But that does not stop the couple from enjoying the parks Little Rock has to offer.

One of the key focuses of the conservancy is making sure it addresses all parks in the city -- not just the well known parks like War Memorial, Rebsamen and Hindman.

"There are parks that are neglected for various reasons that we would want to support and raise money for so we can see some upkeep in those areas," Buie says.

More information is available at cityparksconservancy.org. 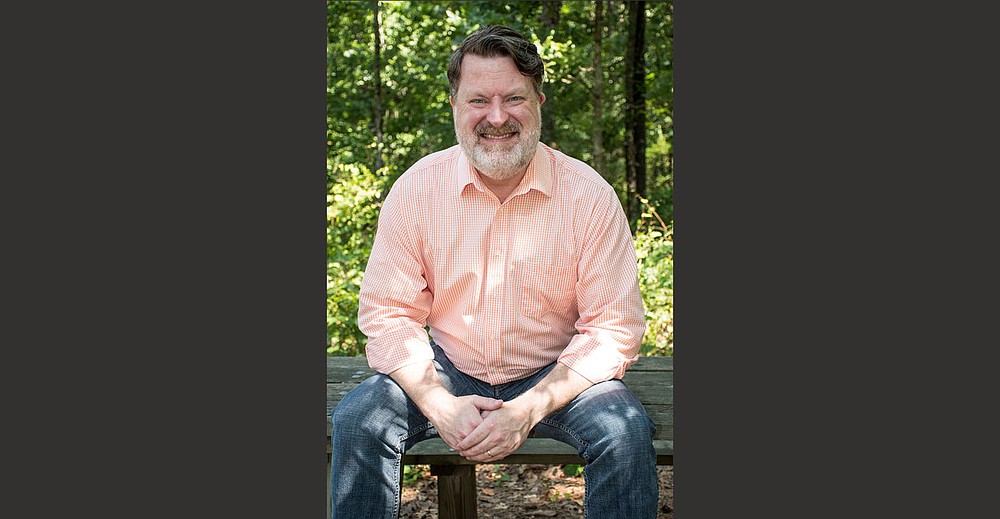 With 63 parks in its domain, Little Rock is trying to maintain and improve each and every one of them. Matt Buie — a park enthusiast — is doing his part by trying to raise money to improve them — especially their playgrounds. (Arkansas Democrat-Gazette/Cary Jenkins)