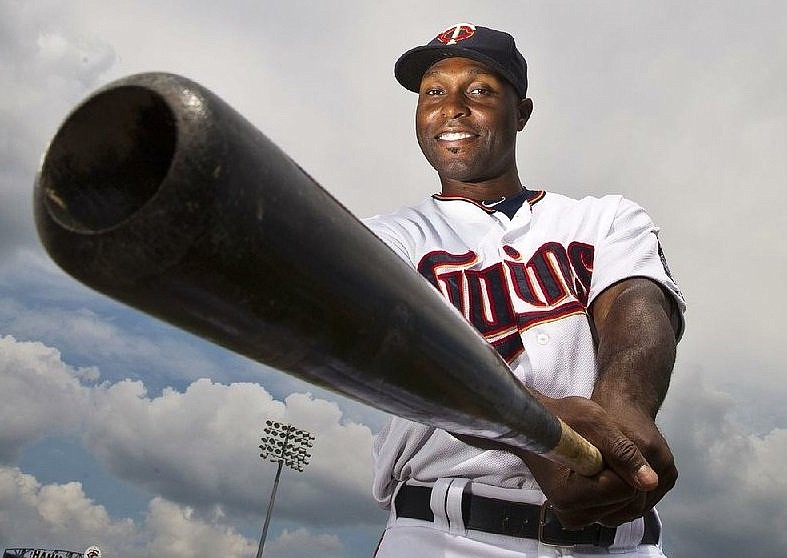 During his 19-year career, Pine Bluff native Torii Hunter was considered one of Major League Baseball's biggest stars. His 353 career home runs and 1,391 runs batted in are the most for an Arkansan.

Torii Hunter is in the spotlight this week on ExplorePineBluff.com.

What's it like to grow up in Pine Bluff and make it to the big leagues? Hunter knows. Hunter was an elite center fielder who played for the Minnesota Twins, Los Angeles Angels of Anaheim and Detroit Tigers from 1997 through 2015.

Hunter's story begins in 1975 when he was born at Pine Bluff. He began playing baseball at 8-years-old. By the time he reached Pine Bluff High School, he was already a standout player in baseball, football, basketball and track.

At age 13, he flew to New Mexico to play in a Little League tournament. After he hit a walk-off home run (one that ends the game), he was interviewed by reporters. From then on, he considered baseball the more sophisticated, preferable route to the kind of professional athletic life he had in mind for himself.

There was no stopping for this gifted athlete. Hunter continued to excel, receiving All-State honors for his junior and senior seasons. According to the head coach of the team, Hunter once hit a ball 550 feet for a home run. In 1992, Hunter made the U.S. Junior Olympic team, and when he struggled to pay the $500 fee for the team, Hunter wrote then-governor of Arkansas Bill Clinton a letter asking for help, which Clinton accepted.

Instead of attending college at the University of Arkansas to play baseball, Hunter decided to go pro. He was the Minnesota Twins' first pick in the 1993 draft, but it wasn't until 1997 that he actually made an appearance in a big-league game (as a pinch-runner), and 1999 before he was a starter.

He was perhaps the best hitter in the Twins' 2002 run to the American League Championship Series, leading the team in home runs, RBIs, slugging percentage and finishing third in hits.

Hunter made a good living as a professional baseball player. After playing for the Twins, he was offered a five-year, almost $90 million contract from the Anaheim Angels. The Detroit Tigers offered Hunter a two-year, $26 million contract, as a right fielder. At the end of 2014, Hunter agreed to a one-year deal worth $10.5 million to return to the Minnesota Twins.

On Oct. 26, 2015, Hunter announced his retirement from baseball. When you look back at his career, the statistics are impressive. He won nine consecutive Gold Glove awards, was a five-time All-Star selection and won two Silver Slugger awards as the best offensive player at his position. He also recorded the most home runs by an Arkansan in major league history (353).

After his retirement from Major League Baseball, Hunter transitioned to a front office role with the Minnesota Twins as the team's special assistant, baseball operations. He was involved in the draft process and minor league scouting while also serving as analyst for Twins' television broadcasts.

Outside the baseball world, Hunter continued his involvement with several charities, including the "Torii Hunter Project Education Initiative," which provides college scholarships to students in Arkansas and other states. He made a significant contribution to the baseball field and complex that now bears his name on the campus of the University of Arkansas at Pine Bluff (UAPB). He is still active in Pine Bluff and is generous with his time and talent.

Earlier this year, Hunter was nominated for the 2021 Major League Baseball Hall of Fame. Though he didn't receive enough votes to enter the Hall of Fame this time around, Hunter won enough support to stay on the ballot for at least one more year. We believe that it's only a matter of time before this Pine Bluff-bred legend takes his rightful place in baseball's pantheon of stars.

This article is among features at ExplorePineBluff.com, a program of the Pine Bluff Advertising and Promotion Commission. Sources: Encyclopedia of Arkansas, Wikipedia, Arkansas Online, Deltaplex News. Image Credit: Deltaplex News.