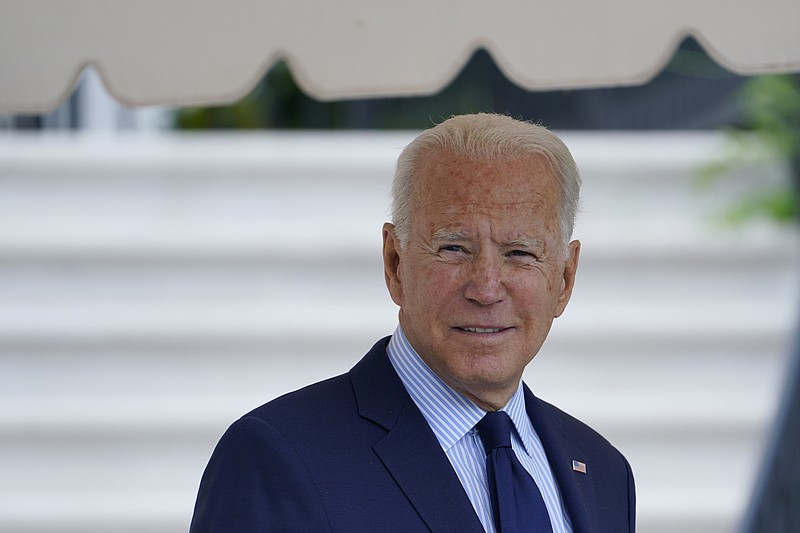 President Joe Biden walks to Marine One on the South Lawn of the White House in Washington, Friday, July 16, 2021, to spend the weekend at Camp David. (AP Photo/Susan Walsh)

WASHINGTON -- The Biden administration took a step Monday toward its goal of shutting down the Guantanamo Bay detention center for terror suspects, releasing into the custody of his home country a Moroccan who'd been held without charge almost since the U.S. opened the facility 19 years ago.

The transfer of Abdullatif Nasser was the first by the Biden administration, reviving an Obama administration effort that had been stymied by conservative opposition and the difficulty of resolving the remaining few dozen cases, including finding secure sites to send some of the detainees.

[Video not showing up above? Click here to watch » https://www.youtube.com/watch?v=e4BTW30RJD8]

Rights groups have called the detentions and detention camp, opened under President George W. Bush after the Sept. 11, 2001 al-Qaida attacks, a historic wrong by the United States.

There were allegations of torture in early questioning and challenges to the lawfulness of military tribunals there. The Bush administration and supporters called the camp, on a U.S. naval base in Cuba, essential to safely managing international terror suspects.

In July 2016, a review board had recommended repatriation for Nasser, who is in his mid-50s, but he had remained at Guantanamo under President Donald Trump, who opposed closing the site.

In announcing Nasser's transfer, the Pentagon cited the board's determination that his detention was no longer necessary to protect U.S. national security. Nasser, also known as Abdul Latif Nasser, arrived in Morocco on Monday.

Police took him into custody and said they would investigate him on suspicion of committing terrorist acts -- though he was never charged while in Guantanamo.

Nasser's attorney in Morocco, Khalil Idrissi, said the years Nasser spent in Guantanamo "were unjustified and outside the law, and what he suffered remains a stain of disgrace on the forehead of the American system."

The State Department announced President Joe Biden's administration would continue "a deliberate and thorough process" aimed at reducing the detainee population at Guantanamo "while also safeguarding the security of the United States and its allies."

White House press secretary Jen Psaki said the administration was considering all available options for safely transferring out the last detainees and shutting down Guantanamo.

That would mean succeeding where President Barack Obama failed. Shortly after he took office in 2009, Obama pledged to close the detention camp within a year. Psaki declined to set any timeline.

Almost 800 detainees have passed through Guantanamo. Of the 39 remaining, 10 are eligible to be transferred out, 17 are eligible to go through the review process for possible transfer, another 10 are involved in the military commission process used to prosecute detainees and two have been convicted, a senior administration official said.

Most of those still at the site are being held without charges. The administration didn't address how it would handle the ongoing effort to prosecute five men held at Guantanamo in the Sept. 11 attacks.

Further complicating the effort to close the camp, the chief prosecutor of the alleged 9/11 conspirators this month announced his retirement, raising questions about how the government would handle future trials.

It also has to deal with detainees that the Obama administration particularly struggled with, either because their home countries were not considered secure enough or because they were refused by third-party countries. About a third of the remaining prisoners are from the impoverished, warring country of Yemen.

The detention center opened in 2002. Bush's administration transformed what had been a quiet Navy outpost on Cuba's southeastern tip into a place to interrogate and imprison people suspected of links to al-Qaida and the Taliban.

The Obama administration, seeking to allay concerns that some of those released had "returned to the fight," set up a process to ensure those repatriated or resettled in third countries no longer posed a threat.

It also planned to try some of the men in federal court, but the closure effort was thwarted when Congress barred the transfer of prisoners from Guantanamo to the U.S., including for prosecution or medical care.

The prisoner transfer process stalled under Trump, who said even before taking office there should be no further releases. Under Trump, only one prisoner, a Saudi, was transferred to his home country to serve the remainder of his sentence after he agreed to a plea bargain.

Information for this article was contributed by Tarik El-Barakah and Robert Burns of The Associated Press. 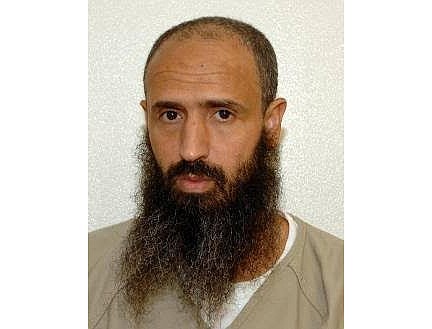 This undated photo released by lawyer Shelby Sullivan-Bennis on Dec. 11, 2017 shows his client Abdullatif Nasser at the Guantanamo Bay detention center in Guantanamo Bay, Cuba. The Biden administration on Monday, July 19, 2021, transferred a detainee out of the Guantánamo Bay detention facility for the first time, sending the Moroccan man back home years after he was recommended for discharge. Nasser, who's in his mid-50s, was cleared for repatriation by a review board in July 2016 but remained at Guantanamo for the duration of the Trump presidency. (Shelby Sullivan-Bennis via AP) 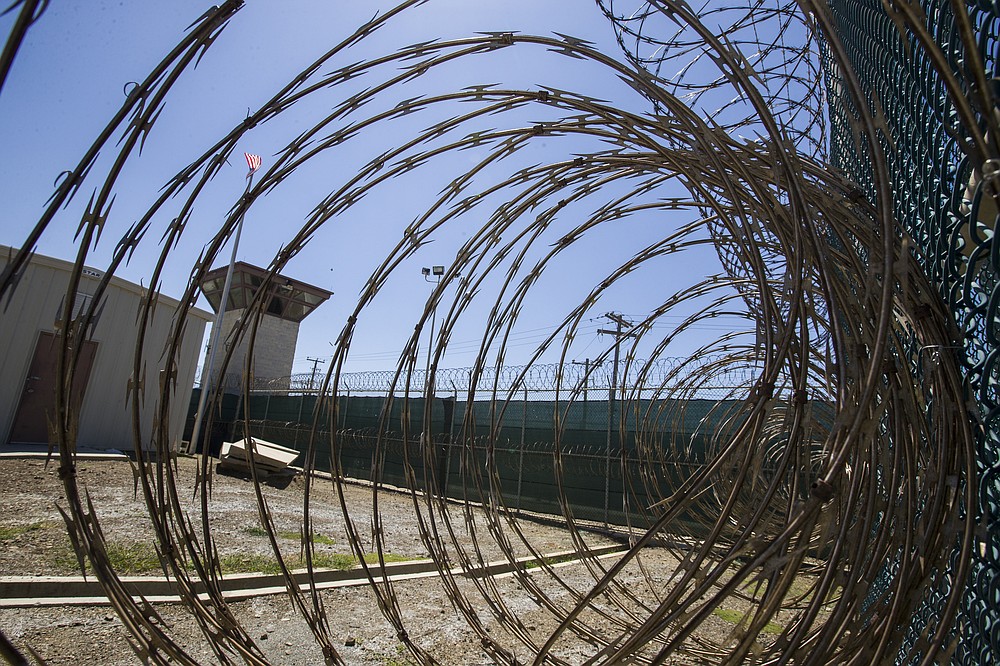 FILE - In this Wednesday, April 17, 2019 file photo reviewed by U.S. military officials, the control tower is seen through the razor wire inside the Camp VI detention facility in Guantanamo Bay Naval Base, Cuba. The Biden administration has transferred a detainee out of the Guantánamo Bay detention facility for the first time, sending a Moroccan man back home years after he was recommended for discharge. (AP Photo/Alex Brandon, File)