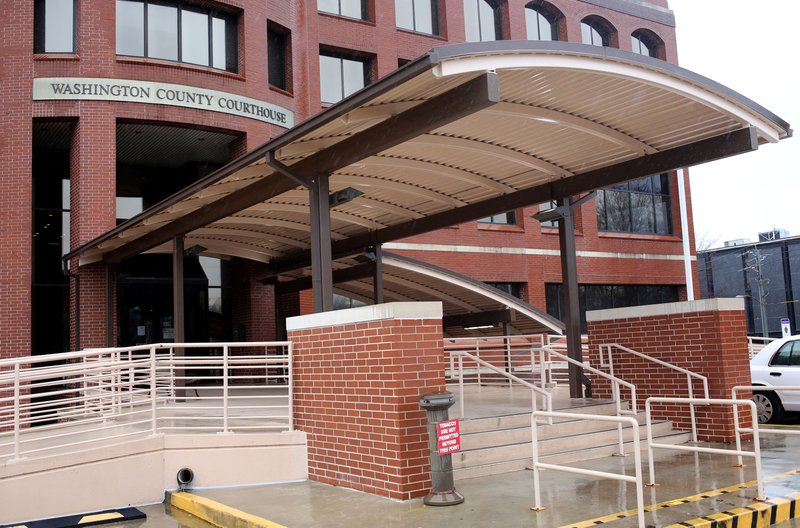 FAYETTEVILLE -- A local activist is claiming in federal court Washington County officials violated his civil rights when they removed him from two public meetings.

Lester, Deakins and Wilson each said Tuesday they hadn't seen the lawsuit and couldn't comment on the allegations. Duncan didn't respond to three messages left on his voicemail Tuesday afternoon seeking comment.

Schnekloth claims he was removed from county government meetings June 28 and July 15 and was deprived of his "guaranteed rights of speech and participation in democratic government." His removal from the meetings violates his rights under the First and Fourteenth Amendments to the U.S. Constitution, the Equal Protection Clause and the Civil Rights Act of 1964, his lawsuit claims.

The agendas for the meetings included a resolution declaring Washington County to be a "pro-life" county. Other topics included discussion of how the county could spend covid-19 relief money, the status of the county's Crisis Stabilization Unit, recycling programs in the county, a pay raise for Lester and raises for countywide elected officials.

According to the complaint, Duncan ordered a Washington County Sheriff's Office deputy to remove Schnekloth from the June 28 meeting "for no apparent reason and without any good cause." The complaint claims Lester facilitated Schnekloth's removal while he presided over the Quorum Court meeting.

Deakins ordered a deputy to remove Schnekloth from the meeting room before the beginning of the July 15 meeting, according to the lawsuit.

Schnekloth claims the county has no policy governing the removal of people from a public meeting.

"The result is an official custom, policy or practice of violating constituents' civil rights, awkward local government meetings, anxious interactions with deputy sheriffs who appear frustrated they are ordered to remove people without due process or good cause and a chilling effect on protected speech," the suit claims.

Schnekloth seeks to have the Quorum Court ordered to write an enforceable policy protecting all community members' First Amendment Rights, preventing discrimination that violates the Equal Protection Clause and Civil Rights Act of 1964 and clarifying the process for removing a person from a public meeting or censoring a person's speech.

He is asking for a jury trial.