Despite spring run, UAPB football ranked near the bottom of division 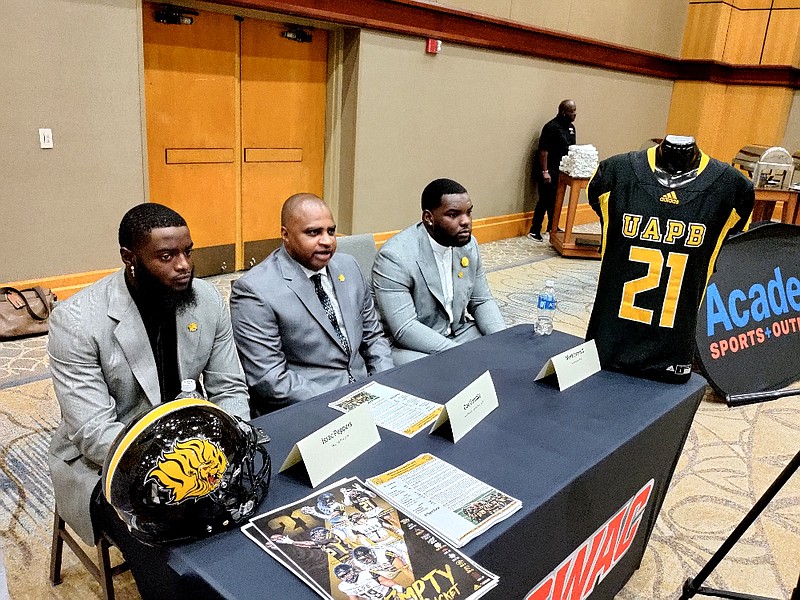 Editor's note: This is the first of a five-part series previewing the football season for the University of Arkansas at Pine Bluff and the Southwestern Athletic Conference.

BIRMINGHAM, Ala. -- Not even the Southwestern Athletic Conference Western Division title was enough for voters to predict that the University of Arkansas at Pine Bluff would at least contend this year.

"That's something we can't control, and we're not worried about it," second-year Coach Doc Gamble said. "Sometimes, it's an old way of thinking. People don't like change or like to see change. It doesn't matter to us. We're going to play anybody anytime, anywhere."

Bethune-Cookman and Florida A&M officially joined the conference this month after years in the Mid-Eastern Athletic Conference.

UAPB finished 4-1 during the spring, with the lone loss coming in the May 1 SWAC final. That has been the biggest motivating factor for the more traditional 11-game fall season, Gamble said.

"We're starting to get the nasty taste out of our mouths about the way it ended," Gamble said. "That's motivating. It seems like it's been forever since the last time we played. So we want to get back at it."

Senior linebacker Isaac Peppers and senior left tackle Mark Evans II looked back at the video from the game in Jackson, Miss., and have seen what must be shored up to prove the critics within their own league wrong.

"When we go and look back at the SWAC championship game, we didn't really lose that battle defensive-wise," said Peppers, who had 33 tackles, 7.5 sacks and a SWAC-leading three forced fumbles in the spring. "We beat ourselves because your worst opponent is yourself."

Evans said the Lions will have to close out games better and protect senior quarterback Skyler Perry to improve from the spring. Gamble revealed Tuesday that Perry played down the stretch in the title game with a bruised leg after being hit during a scramble.

"We're just going to come back this season and work even harder, work on our run game and try to get more improved, more yards per carry, more yards in a game, stuff like that," Evans said. "We're trying to get those stats up this season so we can be the best offensive line in the SWAC."

The Lions gained plenty of confidence from winning their first four games and building a five-game winning streak dating back to the finale of the 2019 season, Peppers said.

"Not just from being 4-0, but from the losing season we'd partaken in prior to being 4-0," Peppers said. UAPB actually finished 6-5 under Cedric Thomas in 2019, with Gamble promoted as head coach the following April.

"But before that, [we were] 2-9 because you're going to get back up harder, so it's just making men out of us," Peppers said.

Players returned to UAPB's campus Monday after the 2½-month break in play. Gamble gave them the time off for added rest coming off five games (not counting the weather-shortened Alabama State contest).

"It was great to get back to doing managerial stuff, even though I was on the road, but I was wearing my cellphone out, checking to see who made it back and who's there, who's in and who's still on the way, getting those guys checked into the dorms," Gamble said.

Ralph and eight other Lions who were listed as seniors in the spring returned under the NCAA's covid-19 eligibility waiver, which offers athletes an extra season of eligibility because most sports seasons since the start of the pandemic in March 2020 were either shortened or canceled. Ralph was a second-team Football Championship Subdivision All-American during the spring, and his return from totaling 892 all-purpose yards and two touchdowns in the five counted games could prove crucial to the Lions' success in the fall.

Gamble reached down into Louisiana to find his new quarterbacks coach.

Gamble said he is still involved in coaching that position as well.

Former Auburn University defensive back Aairon Savage has joined Gamble's staff as the safeties coach. Savage, who won a national championship with Heisman Trophy-winning quarterback Cam Newton in the 2010 season, most recently coached at Georgia State University and has been an assistant at Arkansas Tech University, Georgia Tech and Army.

"Spencer was a GA when I was an assistant at Kent State," Gamble said, with his latest hire strengthening the Ohio-to-UAPB football pipeline. "When I got to UAPB, I tried to get Spencer on board with us. Being able to hire him has been a great gift for us. When you have success, people start calling, and I did call."

"That's not Mark Evans II. That's L.C. Greenwood," Walker said, referring to the late UAPB defensive end who was known for wearing gold-colored shoes during his career with the Pittsburgh Steelers (1969-81), in which he won four Super Bowls.

Walker asked if Evans knew who Greenwood was, and Evans said he didn't.

Coming up: SWAC commissioner talks covid-19 protocols; Where is the UAPB-Valley rivalry?; the Florida boys have come; previewing other teams. 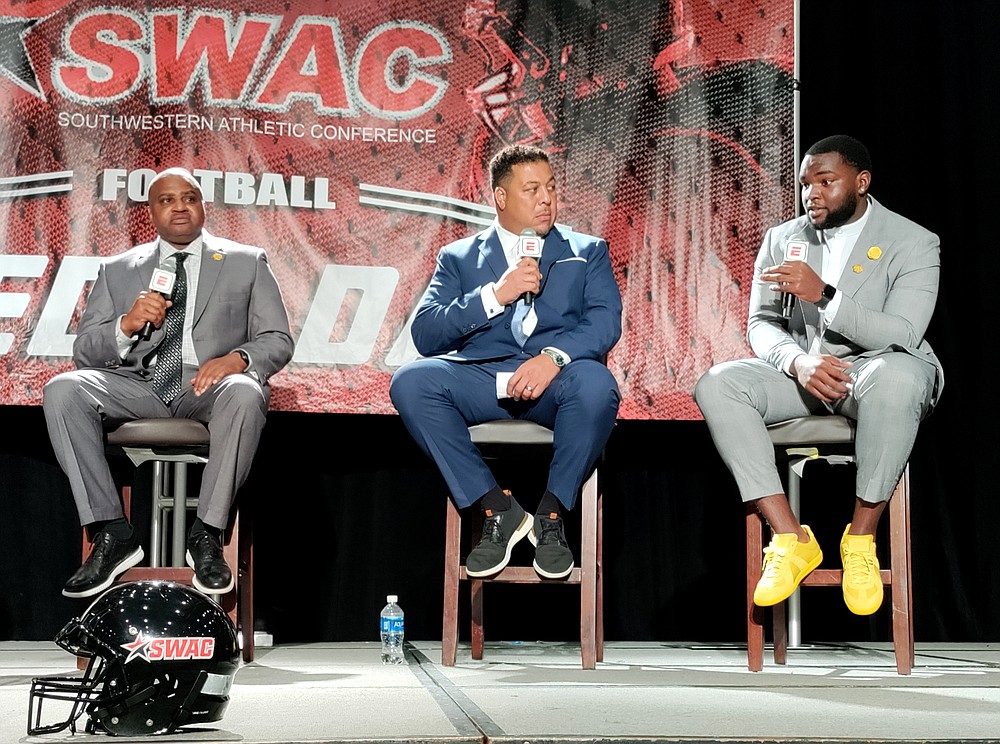 Print Headline: Despite spring run, UAPB football ranked near the bottom of division