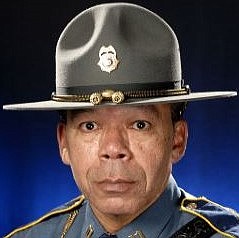 The move put an end to the possibility that Robert Jones, a police chief in Kingsland, Ga., would become the city's next chief. Jones, who was the lone finalist in a nationwide search to fill the top officer position for Pine Bluff, had requested more money -- $115,000 -- than the approximately $90,000 the position paid.

Washington said that when the council did not pass a resolution to increase the chief position's pay on Monday, she knew it was time to end discussions with Jones, adding that she had prepared Jones for that possibility.

"I called him and told him the outcome would be determined by the action taken at last night's meeting," Washington said Tuesday afternoon. "He said he was getting offers from other communities but that he had fallen in love with Pine Bluff. I really liked him."

Washington said she talked to Jones on Tuesday morning and told him the council had not approved the increase she had asked for.

"I just told him to move on," Washington said. "He said he would still like to come if things changed, but I just don't see that happening anytime soon. The council has been debating this subject for far too long. It was past time to move on."

Washington said that at this point, she will wait until January to start a second search for a police chief. She said that will give the council enough time to decide on a salary figure for the job. Once that's been settled, Washington said, she will start advertising the job again.

"We'll have to know that before we start looking again for a chief," Washington said, "because it takes awhile to find a chief."

At least one council member was unhappy with the way Washington announced Franklin's appointment.

"I feel like that was a Donald Trump move," said Council Member Ivan Whitfield, adding that Washington could have made the announcement at the meeting.

Whitfield said he had no problem with Franklin being tapped for the position.

"I've known him for 30 years," Whitfield said. "I look forward to working with him. It was just the way she did it.

There was no reason to send out an email at 11 o'clock at night."

Washington had high praise for her pick of Franklin as interim chief.

"I wanted him in that position to make sure we maintain the integrity and stability of the department," she said. "He will also strive to maintain morale in the department. Some people don't think that's a problem, but I consider it a problem."

Franklin, 69, brings more than three decades of law enforcement experience to the post, all of which he gained at the Arkansas State Police.

Franklin earned his Bachelor of Arts degree in business administration from the University of Arkansas at Pine Bluff. He began his law enforcement career at the state police in 1979 as a corporal and then moved up the ranks.

In 2000, Franklin was appointed state fire marshal, where he was responsible for overseeing and enforcing the Arkansas Fire Prevention Code. Later, he gained certification as a fraud examiner. Franklin's background includes training in firearms, drug enforcement, homicide investigation and human resource management.

"During my service as Colonel for the Arkansas State Police, Captain Franklin was an integral part of my command staff, overseeing Troop E. We worked closely together for over 20 years. I grew to trust and admire him both professionally and personally. He will serve Pine Bluff well."

Washington has experience working with Franklin, having appointed him to the Pine Bluff Urban Renewal Agency.

"Lloyd Franklin brings a wealth of knowledge and experience to the position. He is well respected by his colleagues, old and young. He has demonstrated a long-standing commitment to service and law enforcement and I welcome his leadership to the department," Washington said in her news release.

Franklin thanked the mayor for offering him the job.

"I appreciate the mayor's confidence in my ability to lead the department through its transition and search for a permanent police chief. My goal is to ensure the department keeps its focus on providing the citizens of Pine Bluff with superior public safety services that will allow for a great quality of life," Franklin said.

He is married to Evelyn Franklin and is a father and grandfather. He and his family attend New Jerusalem Baptist, where he serves on the board of trustees.

Information for this article was contributed by Eplunus Colvin of the Pine Bluff Commercial.