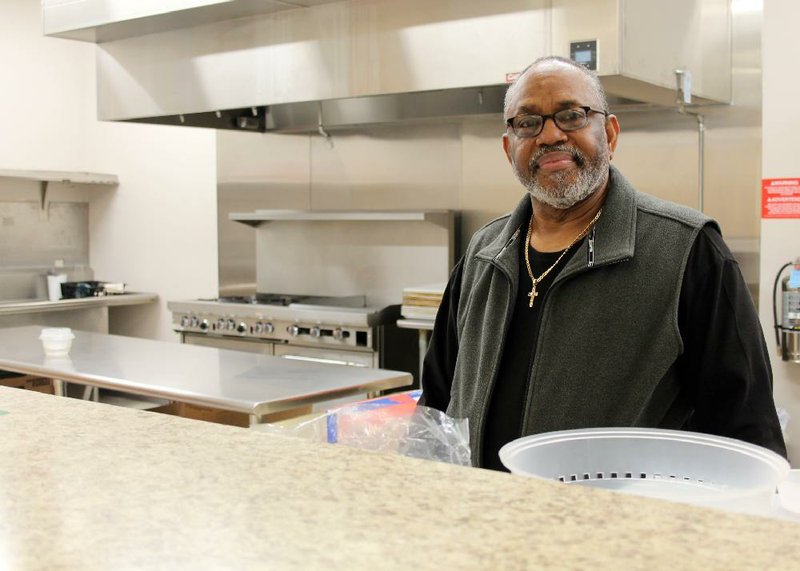 FILE — Ronald Wilkerson stands in the kitchen at Bridge 2 Success, the after-school and summer program he founded in 2011. (Arkansas Democrat-Gazette/Sean Clancy)

Members of the Little Rock Board of Directors on Tuesday approved a resolution authorizing a one-year contract with a local youth-oriented nonprofit for up to $200,000.

The contract authorization was adopted as part of the consent agenda during the meeting.

The money for the contract with Bridge 2 Success/Ministry of Intercession will come from the Prevention, Intervention and Treatment funds overseen by the city's Department of Community Programs.

Officials will have the option to extend the contract on an annual basis two more times.

Bridge 2 Success, a nonprofit founded in 2011 by Ronald Wilkerson, won out among five other applicants for the contract based on scoring criteria, according to the text of the resolution.

The city's Commission on Children, Youth and Families increased the time frame and amount of the contract, and added the extension option when the panel met earlier this month, the resolution stated.

The full amount of the city contract would represent a significant boost to the nonprofit's budget, if a tax statement for 2019 is any indication of current revenue.

Wilkerson told the Democrat-Gazette in 2020 that the nonprofit received a $75,000 annual grant from the city.

The timing of the board vote coincided with a statement from Little Rock Mayor Frank Scott Jr. in which the mayor responded to violent incidents that occurred over the weekend.

In the statement released Monday, Scott said he would seek to use $1 million in American Rescue Plan Act funds made available to the city for community violence intervention.

He did not elaborate on what the effort might look like aside from creation of "a comprehensive team of independent community specialists that will work to combat youth violence."

Little Rock is expected to receive more than $37 million as a result of the federal covid-19 aid package signed by President Joe Biden in March. The federal government has already disbursed half of the sum to the city.

City Director Ken Richardson of Ward 2 voted no during the voice vote on adoption of the consent agenda and raised questions about the contract with Bridge 2 Success moments after the vote occurred.

He said he was "puzzled" by a program model represented as addressing the target age range of 13-30, as laid out in the resolution. Additionally, Richardson said the request for proposals was the most expensive for a single set of programming he had seen since he joined the city board.

The director of the Department of Community Programs, Dana Dossett, told board members that the 13-30 age range was the group that the city determined needs to be targeted.

In the past, the city targeted ages 13-19 and then employed a different project for the older age ranges, she acknowledged.

Dossett suggested that the enhanced amount of $200,000 would enable efforts to address different ages.

Part of the request for proposals was "to make sure that the activities that are happening with the different age groups are age-appropriate," she said. "But we also felt that it needed to be comprehensive, because stopping a program at 19 wasn't helping that transition period."

Additionally, Dossett said the city will push the request for proposals back out, hopefully by Friday, to allow groups another opportunity to apply.

She explained that the request was advertised for two contractors.

"It's just that one was successful this time around," she said.

At one point, Richardson, who appeared at the meeting via teleconference, said he was familiar with the vendor and his organization, but suggested that it was not necessary for Wilkerson to approach the podium. Richardson explained that he did not think there was going to be anything Wilkerson could say to change his concerns.

"As somebody who's done this work before, I don't think it's plausible that we can do it in this fashion," Richardson said. He added that the proposal seemed conceptually different from what Scott was proposing.