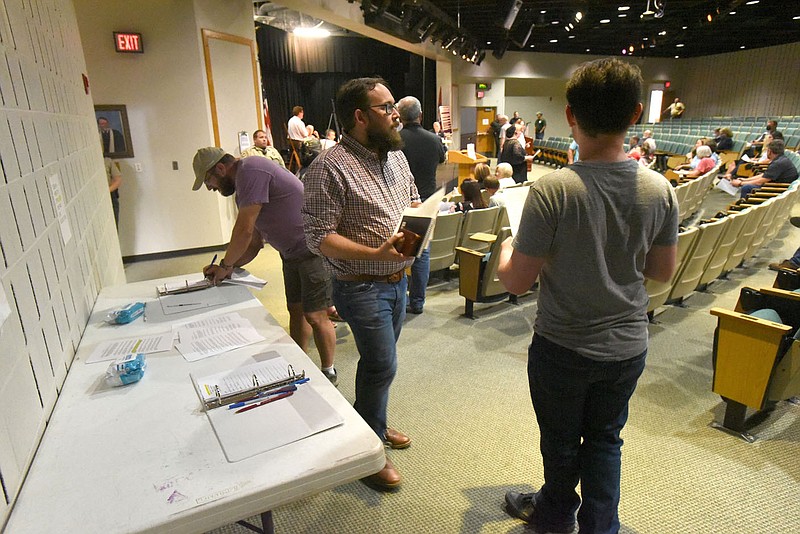 BENTONVILLE -- The Benton County Committee of the Whole voted unanimously Tuesday night to pass a "pro-life" resolution along to the Quorum Court.

The meeting was held at Northwest Arkansas Community College's 300-seat White Auditorium in anticipation of a large crowd, but there were open seats.

Participants were asked to sign in at either the "for" or "against" podium. Seating behind each podium was reserved for individuals supporting the viewpoint of the podium in front of them.

Sheriff's office deputies lined the auditorium walls, but the crowd remained respectful as people on both sides stated their views.

Justices of the peace Joseph Bollinger of Bella Vista and Richard McKeehan of Rogers each had a resolution with a slight difference in wording, but they made the same intent -- to declare Benton County a "pro-life" county.

Bollinger and McKeehan agreed to co-sponsor a combined resolution before the meeting, and that was what was read into the record.

Bollinger said he had heard many rumors and falsehoods about the resolution.

"Benton County is in essence a pro-life county," he said.

Public comment lasted about one hour and 45 minutes. The majority of residents who spoke were in support of the resolution.

Bruce Gillispie of Rogers said he was a 36-year resident of Benton County, and he's never felt the need to address the Quorum Court. There are more pressing issues to address, he said.

"Do your job," Gillispie said. "Decide how to spend tax money."

Shauna Douglas of Rogers was in favor of the resolution. Every American has a God-given right to life, she said.

"I'm here because we must speak up for those that can't speak for themselves," she said. Douglas said she is the mother of four -- two of whom were adopted. "Every child has the right to life. Every child deserves to be cared for and loved."

Sheila Pursell of Bella Vista said she supported the resolution. She said 3,000 unborn children were killed in the state last year and she didn't want that number to increase.

Cody Little of Rogers told the committee having a "pro-life "resolution promotes one side of an issue that's best decided by a patient and her doctor. The resolution could have a negative impact on families wanting to locate to the area, he said.

Nicholas Graves of Rogers spoke in favor of the resolution. The justices of the peace were making a statement for the speechless by passing it, he said.

The resolution notes, "Arkansas Act 392 allows municipalities to express their desire to become a 'Pro-life City.'"

Act 392 says cities can use the "pro-life" designation in advertising and promotional materials, place the "pro-life" slogans on city vehicles and in municipal utility bills and other material used to communicate with residents and declare "pro-life" observances.

While the legislation addresses cities, counties have the authority to adopt resolutions.

Article two of the resolution states, "Benton County, being a Pro Life County, will urge municipalities within the county to join Benton County in our expression of being Pro Life and to implement Act 392."

Article three states the county "will collaborate with Benton County municipalities with promotion of Act 392 to form a uniform statement that our community respects our unalienable right to life."

Article five of the resolution states, "It is the policy of Benton County, Arkansas, to promote and protect the dignity and humanity of all persons at all stages of life from conception until natural death."

Justice of the Peace Tom Allen of Rogers said during discussion after public comment that he would sponsor sending McKeehan's original resolution to the Quorum Court as well.

Chris Villines, executive director of the Association of Arkansas Counties, previously said as a resolution, and not an ordinance, "it is merely a statement of support or of opposition to an issue from the quorum court without the effect of enforcement." 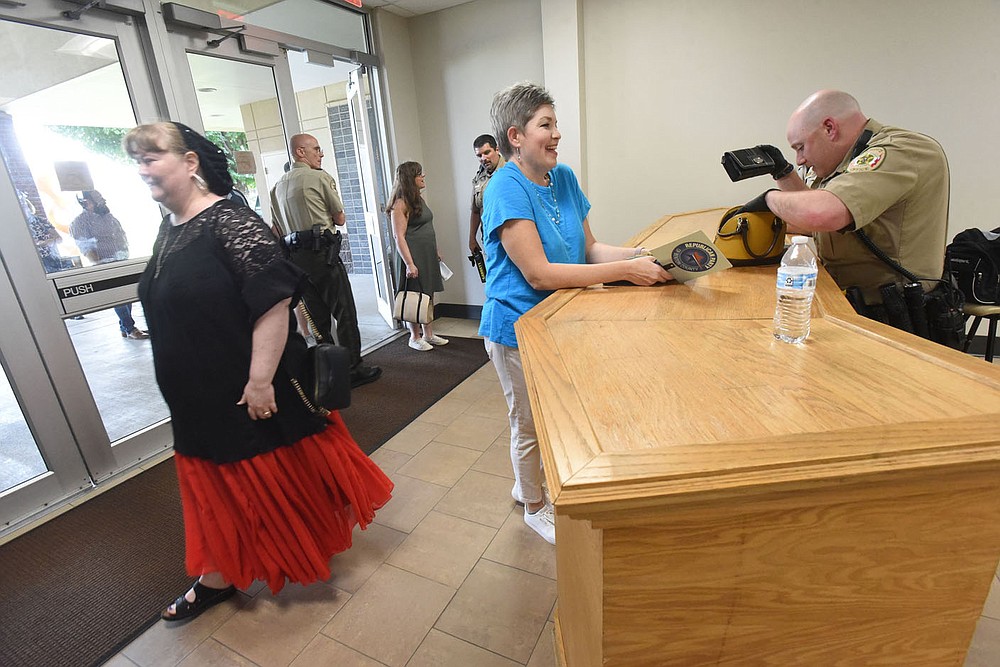 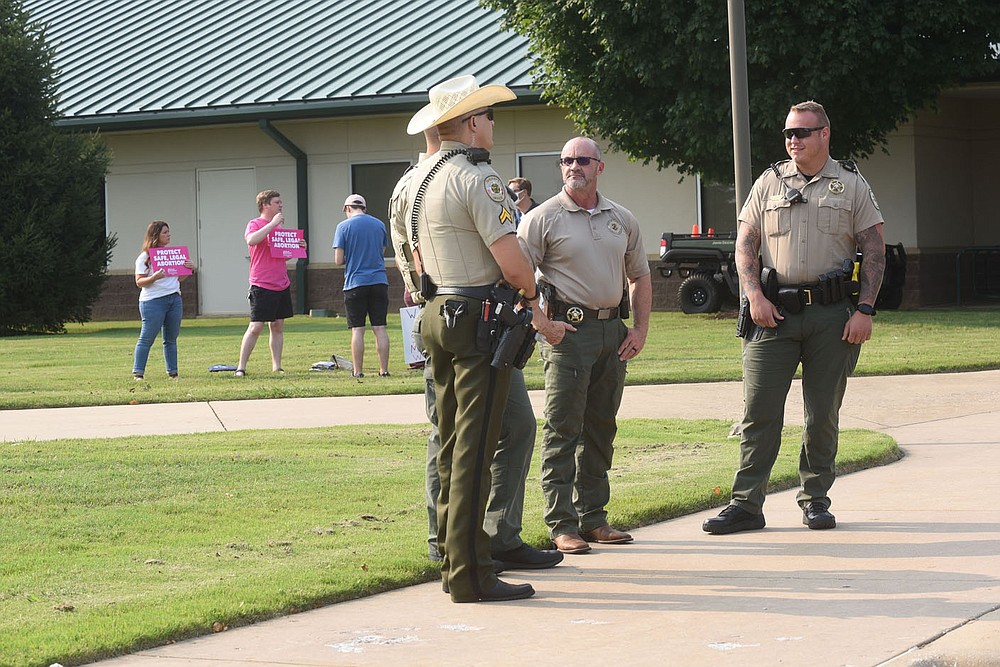 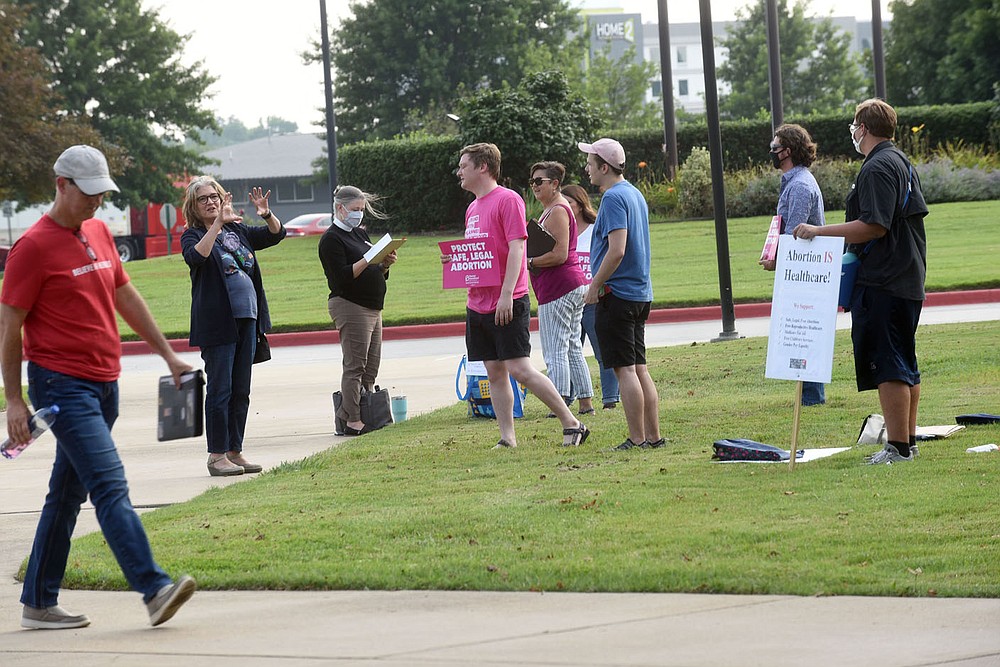 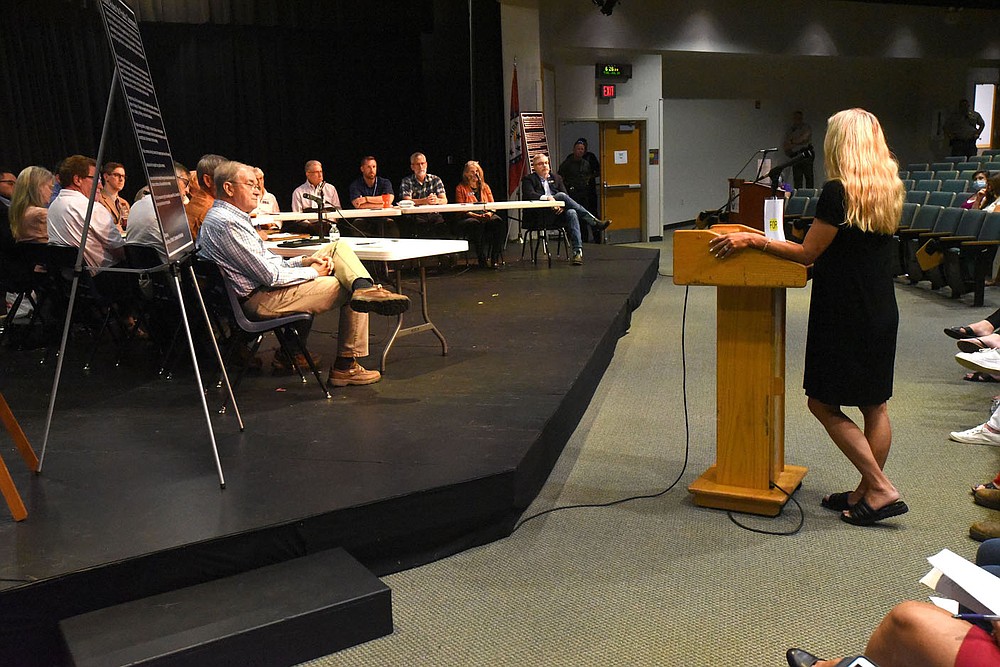 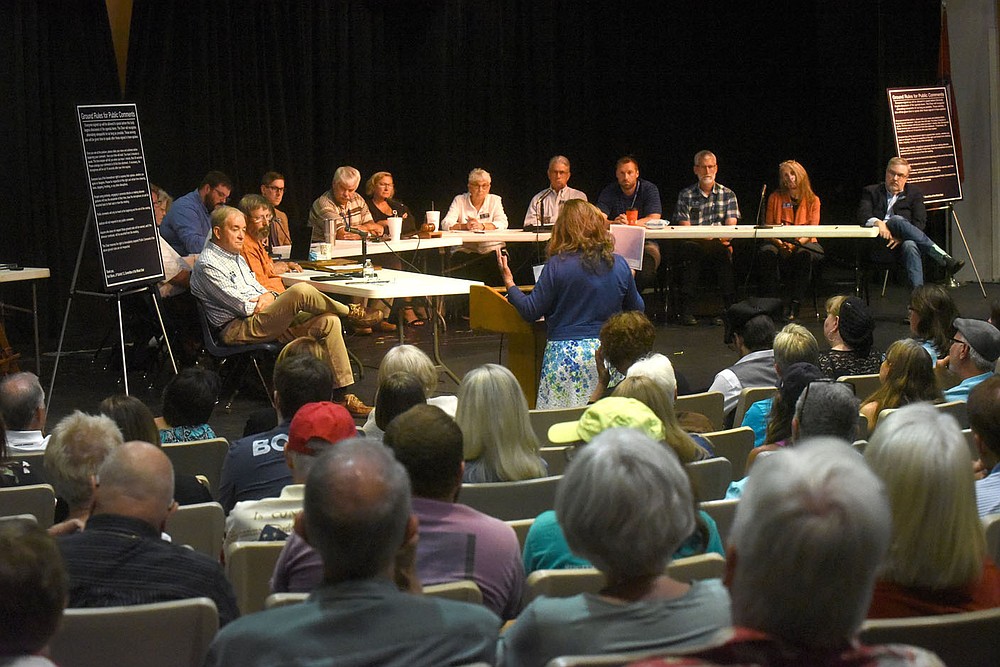