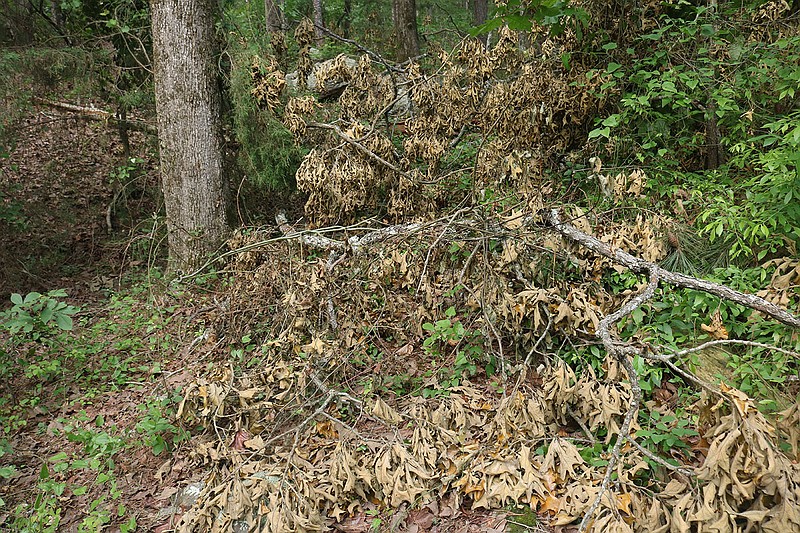 A man accused of causing over $100,000 worth of damage to forestry on Central Arkansas Water land will surrender today on a warrant of arrest issued by the Pulaski County District Court.

The warrant issued on Wednesday for Dennis Rainey, a Christian author, podcast host and co-founder of FamilyLife, charges him with felony first-degree criminal mischief regarding an tree-cutting incident.

On May 12, Roland resident Rhonda Patton discovered the tops of some trees cut and others completely chopped down while walking along the Ouachita trail running alongside Lake Maumelle. When she asked those cutting down the trees, they told her they were working for Rainey, 73.

"I was mad. My husband was shocked," Patton told the Democrat-Gazette in May.

After surveying the area, Central Arkansas Water initially determined between 75 and 100 trees were cut without knowing how many were completely chopped down.

The warrant states Central Arkansas Water contact Raven Lawson, who also spoke to the Arkansas Democrat-Gazette, told investigators 111 trees were cut, with an approximate value of $109,899 and $12,000 being the cost for cleanup.

Lawson said in an interview after the incident that many of the trees, which have taken years to grow to 20 foot heights, could die.

"There's a good chance that a portion of them could die," Lawson said. "Some of them may regrow, but they're going to be permanently stunted."

According to Lawson, the hardwood trees have a chance of surviving, but the pines that have been topped would likely all die with any harsh weather. The cut trees also, Lawson said, deprive Lake Maumelle of a natural filter of the drinking source in that area.

Patton initially suggested Rainey cut the trees to get a better view of Lake Maumelle and Pinnacle Mountain. Rainey would later confirm this suspicion at a Central Arkansas Water Board of Commissioners meeting on May 27.

He said he was told by representatives of Little Rock Water, the predecessor to Central Arkansas Water, that he could cut the pine trees and top the oak trees and that he would not make the same actions after finding out what damage it caused.

"We did not willingly disregard regulations regarding this property," Rainey said at the meeting.

During an investigation by the water utilities company, the former Little Rock Water representative said he remembered explicitly telling Rainey he could not cut the trees down.

The warrant states the Pulaski County sheriff's office investigation came to the same conclusion as the Central Arkansas Water investigation.