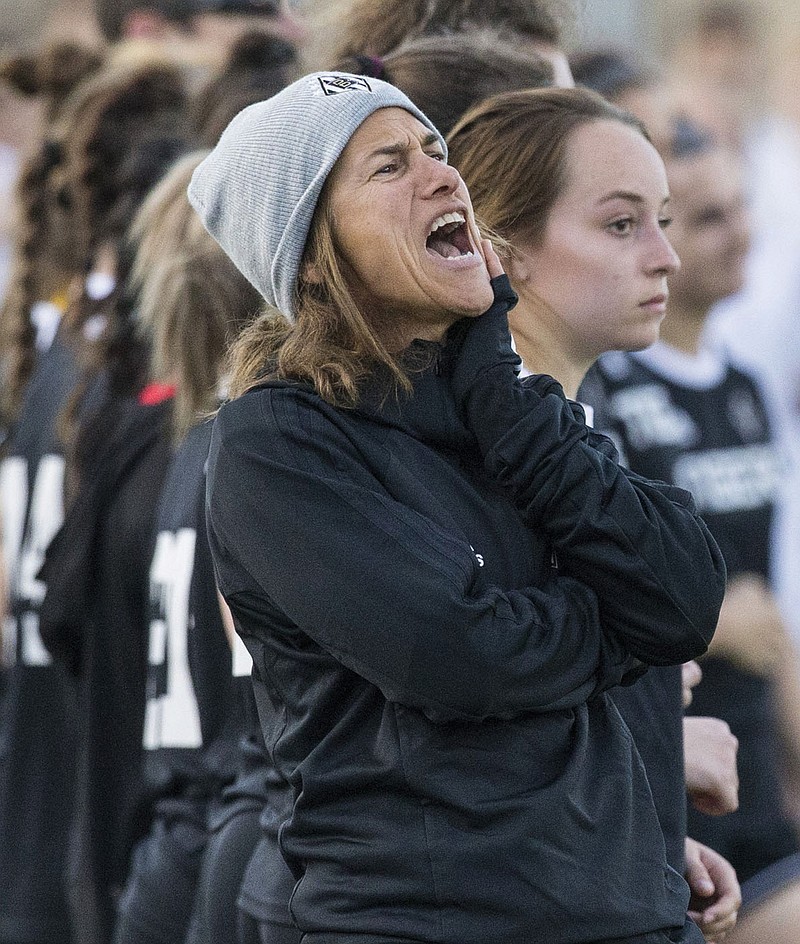 NWA Democrat-Gazette/BEN GOFF @NWABENGOFF Kristina Henry, who coached Bentonville's girls soccer team for 22 years before retiring last year, is among seven people to be named to the Bentonville High School Athletic Hall of Honor. Henry was a volunteer coach for two years before taking over as head coach and led the Lady Tigers to 12 conference championships and seven state titles.

BENTONVILLE -- Two former state championship coaches, two current coaches and an all-time great in high school soccer are among the second group of inductees to the Bentonville High School Athletic Hall of Honor.

"It seemed like it was smoother this year about how the committee would discuss the candidates and went through the process from the nomination to the final vote," Bentonville athletic director Chris Hutchens said. "The second time you do something is always better than the first, and I'm sure the next time will be even better.

"Probably the thing that helped the most was the public and the community knowing about the Hall of Honor now. It gets people's attention when they are inducted into something. We had lots of great nominations this year and they started flooding in."

• Bailey, a 1975 graduate, won the hustle award in basketball and the Fred Douglas Award in football, but he was better known for his track talent. His school record in the 110-meter hurdles he set during his senior year still stands, although it was tied in 2019.

He went on to Central Arkansas, where he was an all-Arkansas Intercollegiate Conference athlete in 1979. He was selected to the USA All-star track team in 1979 and competed in the Pan Am Games, where he was a gold medal in the mile relay, a silver in the 400 hurdles and a bronze in the 110 hurdles.

• Danenhauer, a 2002 graduate, was an all-state center when Bentonville won its first state football championship in 2001. He went on to Tulsa, where he was named to the Rimington Award watch list in 2006.

He returned to Bentonville as an assistant football coach in 2008 and is currently the Tigers' offensive coordinator and offensive line coach.

• Estrada, a 2013 graduate, remains the only person to be named the Gatorade girls soccer player of the year in Arkansas for three years. She was a four-year all-state player and finished her high school career with 20 goals and 24 assists while leading the Lady Tigers to a 16-3-1 record and a Class 7A state championship.

She then went on to Kansas, where she started 80 matches over four years and was a second-team all-Big 12 selection her senior year.

• Gum, a 1987 graduate, recently retired as head baseball coach at UCA, where he notched 310 victories over 11 years -- including a school-record 42 games in 2013 -- and finished as the Bears' winningest coach. He led UCA to eight straight Southland Conference tournaments from 2012-19, and the Bears reached the championship game four times.

After graduation from Bentonville, Gum played two years at Crowder Community College in Neosho, Mo., where he is a member of its college baseball hall of fame, then went on to Southern Arkansas and helped the Muleriders win back-to-back AIC titles. He coached at Sheridan and Batesville before he returned to SAU as a coach and compiled a 226-68 record in five seasons.

• Henry retired as Bentonville's girls soccer coach in 2020, capping a 22-year tenure with the Lady Tigers. She spent two years as a volunteer coach, then spent 20 years as the head coach and led Bentonville to seven state championships and 12 conference titles.

Under Henry's tutelage, the Lady Tigers had four Gatorade players of the year in Arkansas and eight All-Americans. Before coaching soccer at Bentonville, she was a four-year starter at San Diego State and was named to the all-conference team three times.

• Lunney resigned as Bentonville's football coach shortly after the Tigers won the 2014 Class 7A football championship with a last-minute 24-21 win over Fayetteville. During his time at Bentonville, Lunney compiled a 97-25 record with four state championships (2008, 2010, 2013, 2014) and led the Tigers to their first undefeated season in 2010.

• Sparks, a 2003 graduate, held numerous swimming records and eventually earned a scholarship at Alabama. She was inducted into the Arkansas Swimming Hall of Fame in 2020 and will be recognized this year since last year's banquet was called off because of the coronavirus pandemic.

"Something that is important to the board of directors and the Bentonville Tiger community is keeping this diverse," Hutchens said. "Bentonville isn't just a football town or a cross country town or a swimming town. We're successful and have been successful because we win in a number of sports."

The inductees will be honored during a Hall of Fame banquet in their honor before Bentonville's homecoming football game on Oct. 8, and they will be recognized during halftime of the Tigers' football game that evening against Rogers Heritage. 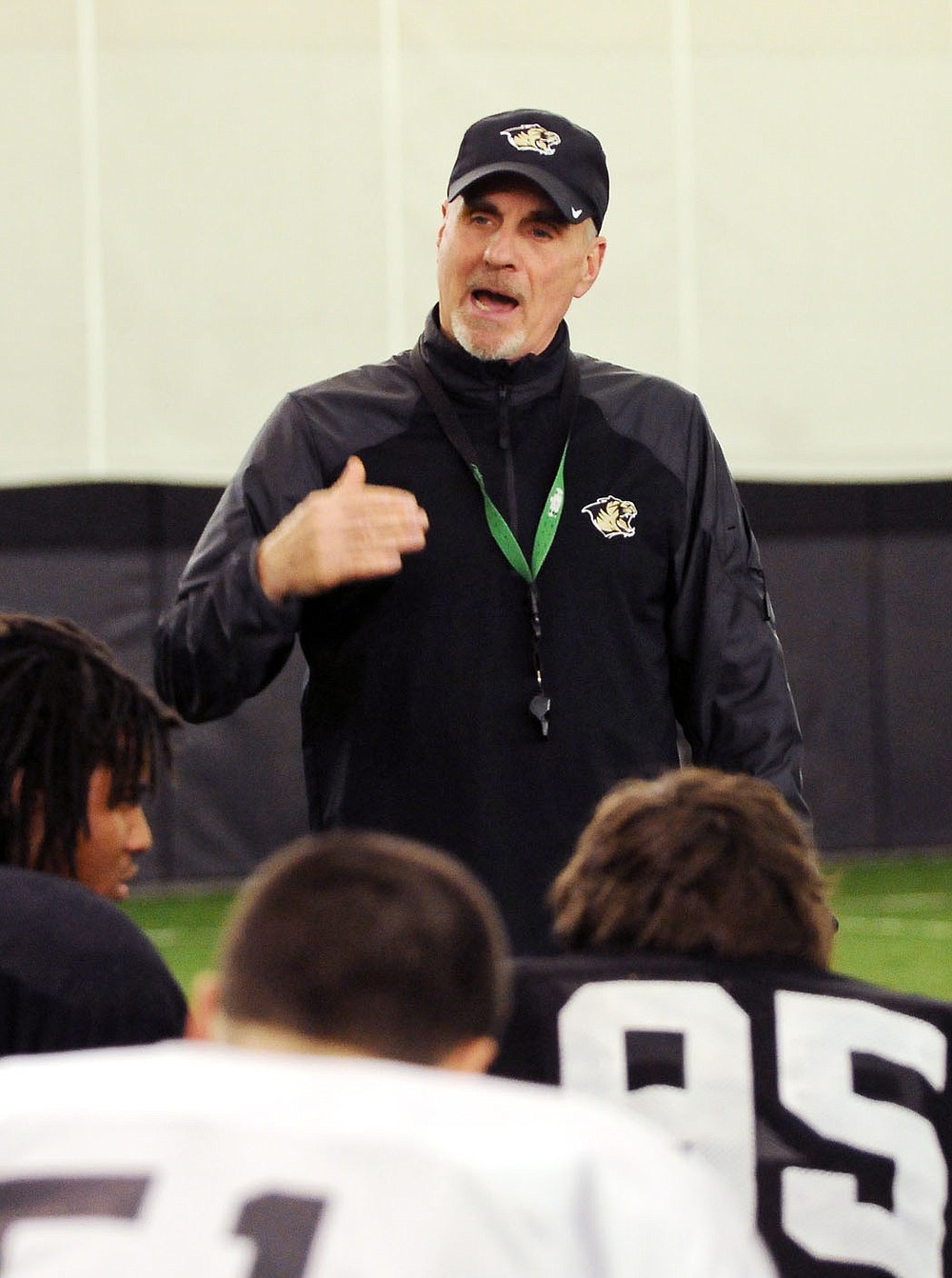 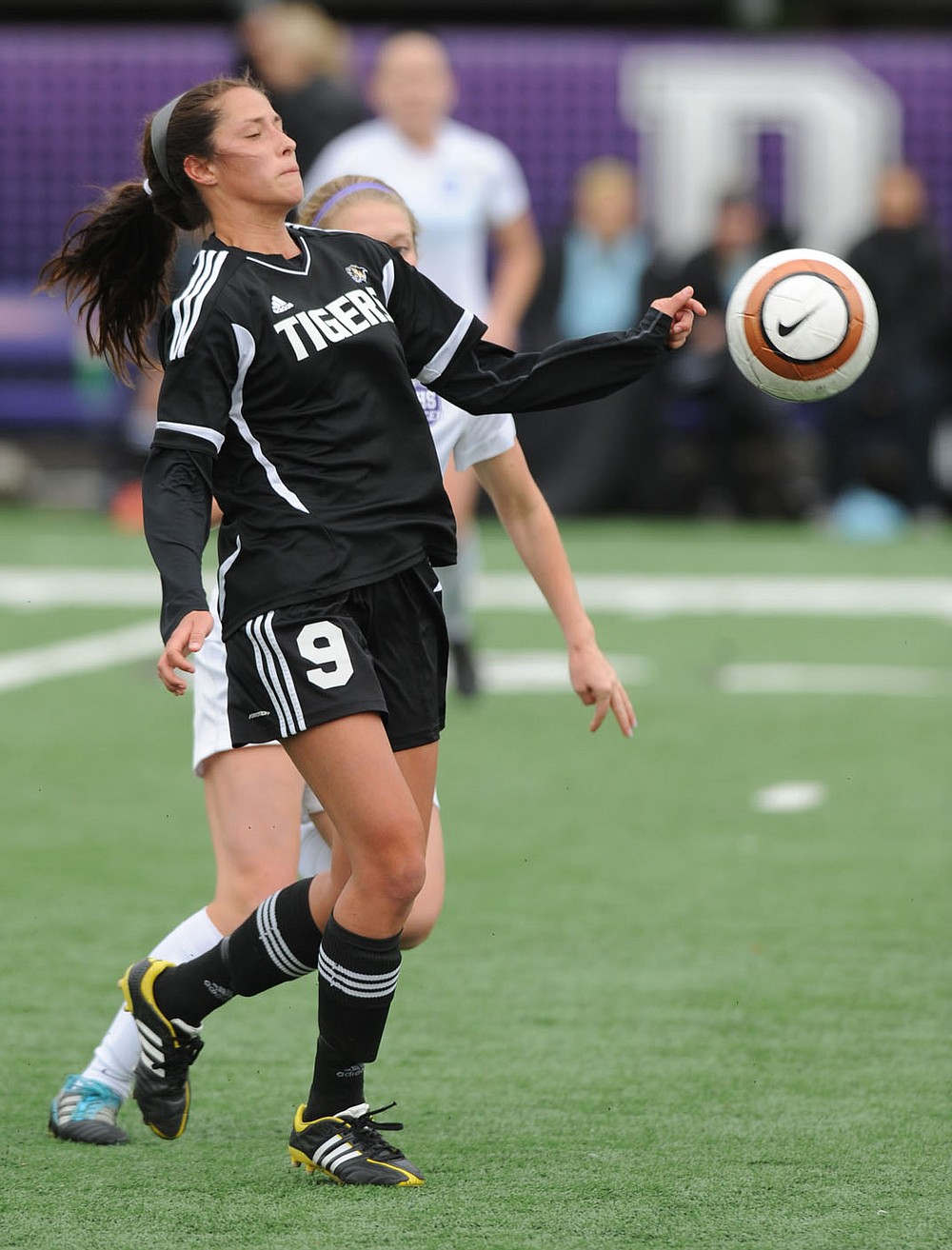 STAFF PHOTO ANDY SHUPE Tayler Estrada, the only person to be named the Gatorade girls soccer player of the year in Arkansas for three years, will be among seven to be inducted to the Bentonville High School Athletic Hall of Honor in October. Estrada was a four-year all-state player at Bentonville and helped the Lady Tigers win the 2014 state championship.