Man admits to felonies, given term of 18 years 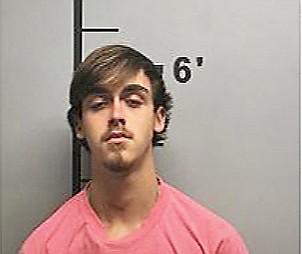 BENTONVILLE -- A Siloam Springs man was sentenced to 18 years in prison after admitting his role in a shooting and other felonies.

Travis Harris, 20, entered a negotiated plea Thursday to battery with an enhancement for engaging in violent criminal group activity, two counts of terroristic threatening and two counts of aggravated assault. The plea was under an agreement that Kristin Pawlik, Harris' attorney, reached with Tyler Hawkins, deputy prosecutor.

Harris was arrested in the shooting of Chance Cooper on June 12, 2018, near the Remington Park Apartments, according to a probable cause affidavit. Cooper was shot in the abdomen and left hand, the affidavit states.

On Nov. 4, 2019, Harris was apprehended again and charged with terroristic threatening and aggravated assault. A woman told police that Harris pointed a black handgun at her from a car and threatened to shoot her house.

Harris was later arrested in a shooting in Siloam Springs.

He told Benton County Circuit Judge Robin Green that his actions were caused by his use of Xanax. Green accepted the plea agreement and Harris' guilty plea.

Harris will have to abide by a suspended sentence agreement for 12 years after his release from prison. He must pay $2,215 in court costs and $8,500 in restitution related to Cooper's shooting.

Print Headline: Man admits to felonies, given term of 18 years