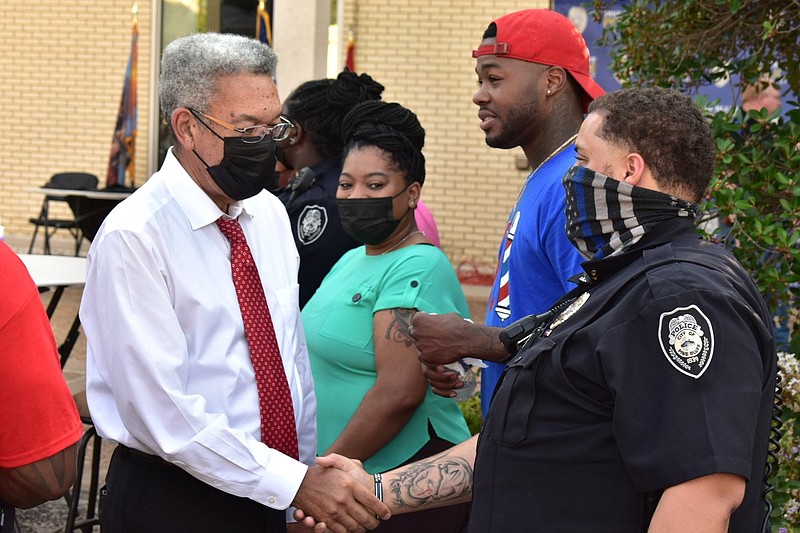 Pine Bluff's interim police chief reiterated his position on why he took the job, nearly a decade into his retirement from the Arkansas State Police.

Lloyd Franklin Sr. told a group of fellow officers, other members of law enforcement, public officials and other well-wishers at the Pine Bluff Civic Center on Friday that he loves the city.

"I don't need the money," Franklin said after being publicly sworn in. "I don't need the work. I really don't. I'm actually making a sacrifice. I'm not here for the pay. I'm not going to get involved in the politics that are involved with the job. But the one thing that I ask the citizens to do is to support your officers. You need to help them and help me and help them recruit strongly within Jefferson [County] and Pine Bluff."

A small group heard live music from singer Ashley Williams and dug into barbecued ribs, mac 'n' cheese and other sides before hearing from Franklin for almost 10 minutes about his vision for the Police Department, which hasn't had a permanent chief since Kelvin Sergeant retired July 1. Franklin was officially sworn in and began his duties Tuesday.

"Not knowing how long it would be before we appointed that official permanently, we saw we needed to bring in an interim," Mayor Shirley Washington said. "So, I had to do the search. Who should that interim be? That interim should be an official who possesses a high degree of integrity, and we thought about that person, and we think we found him."

Franklin pleaded with citizens to allow Washington "to be the mayor" and do her job while he serves in the interim. 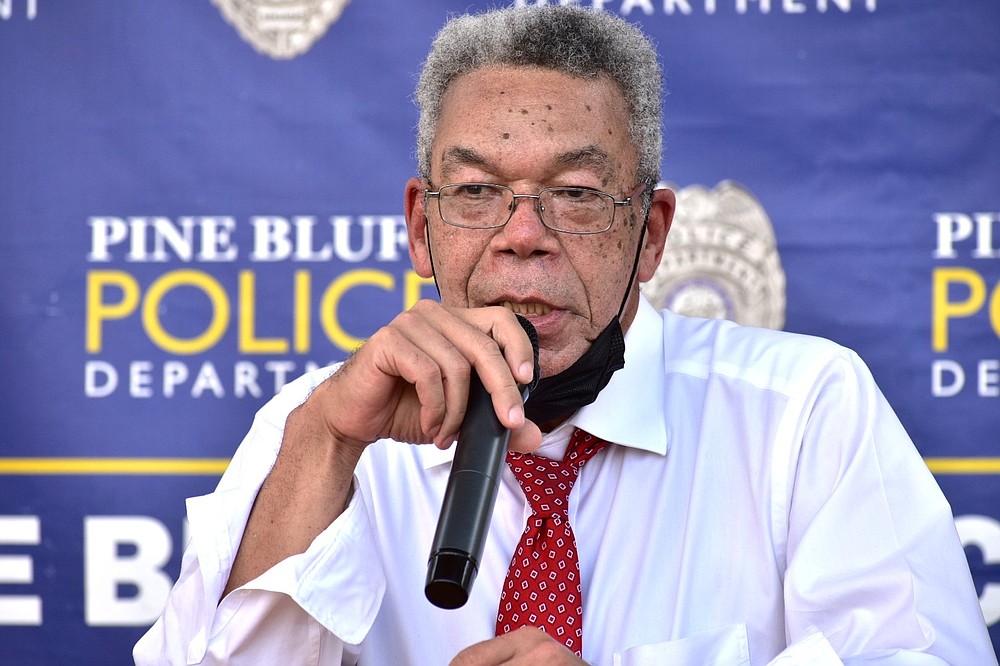