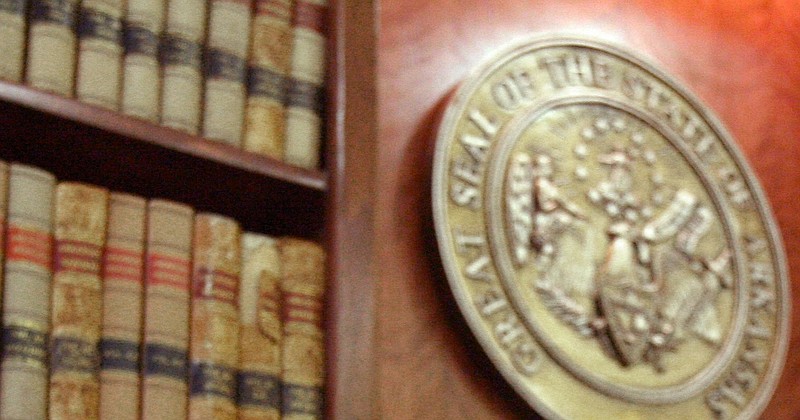 Books of law are shown in a legal office in downtown Rogers in this July 2006 file photo. (NWA Democrat-Gazette file photo)

The number of bills filed and laws enacted in this year's regular legislative session inched up over totals from the 2019 regular session.

In 2019's session, the totals were the lowest since the 1989 regular session.

So far, this year's regular session has lasted 108 days, but it's not officially over yet. Legislative leaders expect to reconvene lawmakers this fall -- at a time yet to be determined -- to redraw the boundaries of the state's congressional districts.

In the 2019 regular session, the Legislature axed the deadline for filing regular bills, or those that don't involve appropriations. That led to a big drop in the number of measures filed, some officials said two years ago.

Legislative leaders had hoped that eliminating the filing deadline would stop the need for "shell" bills, which have minimal details and are intended to be fleshed out later. Leaders thought the change would lead to more efficient use of the legislative staff.

The chambers didn't have a deadline for filing regular bills in the 2021 regular session either.

Arkansas has had one of the highest percentages of enacted bills compared with other states, based on information from the National Conference of State Legislatures.