Tourists from Arkansas as well as surrounding states are driving in droves to vacation at the hospitable Hot Springs getaway. by Rex Nelson | July 25, 2021 at 1:57 a.m. 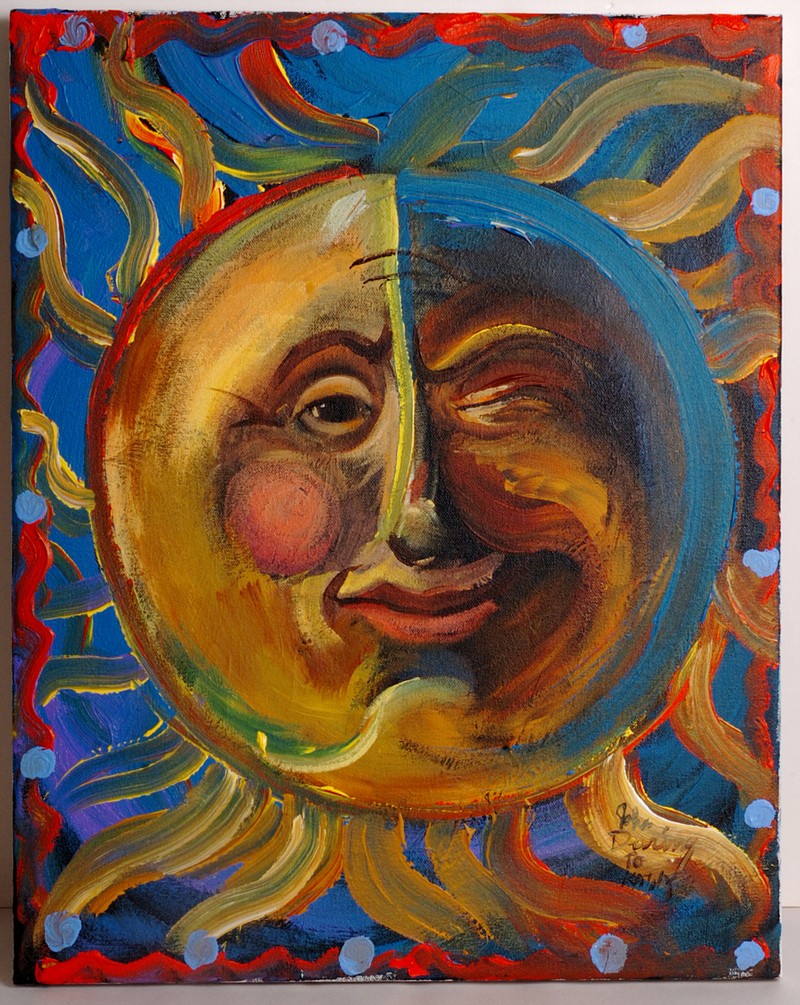 Bill Barnes is sitting in his office on a cloudy Monday, accompanied by dogs who go by the names of Port and Starboard. On the walls of the office at Mountain Harbor Resort & Spa on Lake Ouachita are reminders of the legendary status Barnes has achieved in the state's tourism industry: induction into the Arkansas Tourism Hall of Fame, induction into the Arkansas Outdoor Hall of Fame, and photos of him with a who's who of the state's business and civic leaders.

Since 1971, Barnes has worked at Mountain Harbor, which is among the best-known lakeside getaways in the South. He now oversees one of the largest inland marinas in the country and a resort that has everything from three swimming pools to a spa to the only Subway sandwich franchise that floats on the water.

During lunch in the restaurant adjacent to Barnes' office, I saw a couple come in and say they were ready to eat the walleye their fishing guide had cleaned that morning and dropped off at the kitchen. It's the kind of service Mountain Harbor has provided since Barnes' father Hal founded what was then a small fishing camp in 1955.

"We're on our fifth generation of customers," Barnes says. "I'll walk into that restaurant and see two or three generations sitting together at the same table. It's hard to believe that I'm in my 51st full year of working here."

In the spring of 2020, Barnes wondered if the family-owned business would survive as the pandemic took hold. It didn't take him long to get his answer.

Mountain Harbor had a banner year as people decided to get away to the rural area. Some stayed in condos they own for months at a time.

"I saw so many families together who wouldn't have been together otherwise," says Barnes, 73. "This was their place to get away during the pandemic."

With pent-up energy and money from government stimulus checks to spend, people are flocking to the old resorts along the south shore of Lake Ouachita again this summer. Barnes says tourists are driving in from surrounding states such as Texas and Oklahoma rather than flying to vacations as they might have done before the pandemic. He believes they'll return.

"We need to make sure we welcome people to our state with tremendous warmth and hospitality," Barnes says. "We offer the quality of life that so many of them are looking for. They had time during the pandemic to think about what's important. I've always said if they come here to visit five times, they'll start thinking about moving here."

Construction of Lake Ouachita was authorized by Congress in the Flood Control Act of 1944. The authorized purposes of the lake were flood control and hydroelectric power. The act later was amended to include public recreation as a priority, and that's the thing Lake Ouachita is best known for these days.

Following the Louisiana Purchase of 1803, President Thomas Jefferson commissioned the Hunter-Dunbar expedition to explore the Ouachita River. It soon became an important highway for transportation and commerce in Arkansas and Louisiana.

From its headwaters near the base of Rich Mountain in west Arkansas to Arkadelphia (a distance of about 85 miles if you're driving), the elevation of the river drops by 228 feet. From Arkadelphia to Camden (a 49-mile drive), the river falls just 82 feet. It then moves through level terrain into Louisiana.

Water would flow out of the Ouachita Mountains following heavy rains and cause significant flooding in the lowlands. Prosperous farmers downstream pushed for members of Congress to do something.

According to the Central Arkansas Library System's Encyclopedia of Arkansas: "In 1870, Congress authorized a survey of the Ouachita River to investigate improving its navigability and preventing floods along its course. However, nothing was done until the 1920s when Harvey Couch and his company, Arkansas Power & Light Co., began searching for sites for hydroelectric dams. AP&L built Remmel Dam and Carpenter Dam, which were in place by the early 1930s.

"Plans for a third-larger dam were announced in 1938 for the Blakely Mountain area. It was to be a joint project of AP&L and the federal government. AP&L would fund $6 million and the federal government would fund $2 million. The following year, AP&L sought federal permission to delay the dam's construction, but the Federal Power Commission terminated the utility's permit and proceeded by itself."

Preliminary core drilling was conducted by the U.S. Army Corps of Engineers. It wasn't until 1946 that Congress appropriated any funds, and that appropriation was only $1 million.

"Residents of the area that was slated to be inundated had been leaving since the 1930s, and the exodus accelerated as work began," the Encyclopedia of Arkansas notes. "The town of Buckville in Garland County was relocated to high ground, though little remains of it today. The relocation of graves was completed in 1952, and the clearing of the area for the reservoir took place in 1951-52. By 1952, the dam portion of the project was complete and already serving flood-control purposes. Construction of an electric power plant began.

"The power plant went online, generating its first electric power on July 17, 1955. In April of the following year, electric power was sold under contract to AP&L. The official dedication of Blakely Mountain Dam took place on July 4, 1956, with U.S. Sen. John L. McClellan and U.S. Rep. William F. Norrell, the latter of whom sponsored the project, in attendance."

At more than 40,000 acres, Lake Ouachita is the largest lake entirely in Arkansas. Bull Shoals Lake is larger, but it's partially in Missouri.

Hal Barnes went fishing on the new lake for the first time in 1954 with a friend from Malvern named Caldwell Watson. The two men put a boat in at a landing known as Brady Mountain.

The elder Barnes hailed from Miami, Okla., and his wife was from Malvern. Hal Barnes, who obtained a law degree from the University of Arkansas, had met his wife in Fayetteville. After serving in the armed services during World War II, he lived in Casper, Wyo., and later Denver, handling mineral leases.

Bill Barnes was born in Wyoming.

"During that fishing trip, my dad learned that the Corps was still doing leases with people who wanted to do business along the lake," Bill Barnes says. "He obtained a loan from the Small Business Administration to start this place, and that loan required him to live here. So on the day I finished the second grade, we left Denver and moved to Arkansas."

The original business consisted of a tackle shop, one gas pump, four boat stalls and a fish-cleaning station.

"He had 100 boats to rent," Bill Barnes says of his father. "By 4 a.m., cars were backed up the road. They were filled with people wanting to rent boats because they had heard how good the fishing was. He rented artificial lures in addition to selling live bait. Some of the first Rebel brand lures, in fact, were first tested in the swimming pool at Mountain Harbor."

A motel with 12 rooms was constructed with an adjacent studio apartment for the manager. It opened in 1959. The first swimming pool was built in 1966, and the first cottages were constructed the following year.

Hal Barnes died in 1987, having lived long enough to see Mountain Harbor become a major resort. The original lease was for 40 acres adjacent to a Corps campground. Mountain Harbor now consists of 950 acres.

The marina has grown from those four stalls to 1,200. Counting the boats stored on land, there are more than 1,500 on the property. Individual docks are named after longtime customers.

Bill Barnes lives in a house adjacent to the lodge. It's walking distance from his office. Before the house was built, Barnes lived in a mobile home on the property. A trailer park was allowed in the original lease and still exists with 102 mobile homes. Some have been owned by the same families for decades.

A drive around the property with Barnes provides a sense of how the resort has grown.

We pass the Joplin Fire Department, which serves a rural area east of Mount Ida. Barnes has been the fire chief since 1979 and has used his extensive connections at all levels of government to obtain a large fire boat and an impressive collection of emergency vehicles. The department's five tankers can haul 11,000 gallons of water to supplement water already on the fire trucks.

About 20 years ago, Barnes began collecting military equipment: vehicles, anti-tank guns and much more. He has organized his collection into a military museum and often hosts groups of students and others. His goal is to make the museum even more accessible to the public in the years ahead.

We visit the East Cove Conference Center and an area known as Sunset Beach, popular for everything from corporate retreats to weddings.

"In 1979, we purchased 66 acres of timberland from Weyerhaeuser for an expansion," Barnes says. "East Cove was a restaurant and club from 1983-88, when we turned it into a conference center. During the 1980s and 1990s, we built 188 condos known as the Harbor East Condominiums. They're now individually owned.

"The spa opened in the same area in the late 1990s. We developed Sunset Beach and added a 2,800-square-foot outdoor pavilion. We average 30 weddings a year."

A 330-acre tract that was to have been clear-cut by Weyerhaeuser was purchased in the 1980s and became a residential area known as Harbor South. The land was divided into 237 lots that now have 160 homes with eight more under construction. About two decades ago, another 19 condos were constructed in what's called Harbor North.

In addition to condos and residential lots that have been sold, Mountain Harbor has more than 90 units for rent. They range from rooms at the lodge to a 3,700-square-foot four-bedroom house with an aviation theme on the water at Harbor North.

The architect for the house was Frank Barksdale, who has Mountain Harbor roots going back 60 years. Mountain Harbor construction manager Vernon Arnett oversaw construction of the structure, which is filled with handcrafted creations of local furniture artist Jason Brown.

In recent years, Mountain Harbor has begun hosting an increasing number of hikers and cyclists taking advantage of the ever-expanding trail system in this part of Arkansas. Mountain Harbor operates the Joplin Store and Joplin Inn on nearby U.S. 270 to cater to those using trails such as the Lake Ouachita Vista Trail.

When he was inducted into the Arkansas Tourism Hall of Fame in January 2019, Barnes said: "God blessed me because he built me to love serving people and put me in a wonderful state and wonderful business where I get to serve. ... I've been blessed to have so many friends, customers and mentors. It isn't me who's being honored. The family who has supported me, the customers who have supported me, the staff that at every juncture stood shoulder to shoulder with me as we built our business--they're the ones who are being inducted."

Barnes and the Arkansas tourism industry have grown up together.

"When I was a kid, tourism was such a minuscule part of the Arkansas economy," Barnes says. "No one paid attention to it back then. The industry grew with us."