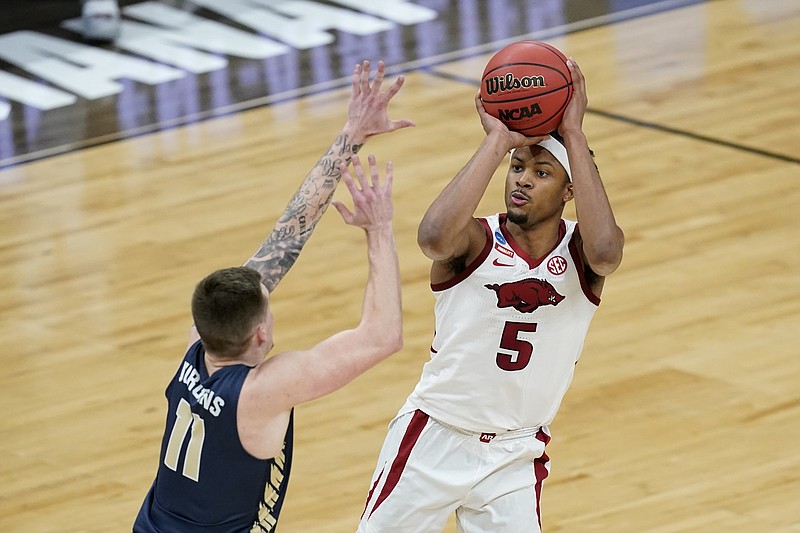 FILE - in this March 27, 2021, file photo, Arkansas guard Moses Moody (5) shoots over Oral Roberts guard Carlos Jurgens (11) during the second half of a Sweet 16 game in the NCAA men's college basketball tournament at Bankers Life Fieldhouse in Indianapolis. Moody played one season at Arkansas and is one of the top shooting guards in the NBA draft. (AP Photo/Darron Cummings, File)

Jalen Green bypassed college to get the jump on his professional career. The next step comes in Thursday's NBA Draft.

Green is among the top shooting guards in this year's draft and looks set to be a first-four pick. He leads a position that includes a pair of prospects in Tennessee's Jaden Springer and Keon Johnson, as well as Connecticut's James Bouknight. Moses Moody from the University of Arkansas also could be a high selection.

Here's a look at the top prospects:

The 19-year-old Green went from high school to the G League and put up strong numbers.

STRENGTHS The 6-6 Green is a scorer. He averaged 17.9 points on 46% shooting in 15 games with G League Ignite, which offers an alternative for elite prospects who want to bypass college basketball. He has explosive athleticism, leading to high-flying dunks and a willingness to attack the rim. His shooting touch also looked solid on three-pointers (36.5%) and at the line (82.9%), offering a glimpse of his expanding potential to become an elite scorer.

CONCERNS Like many youngsters in this draft, he'll need to add some bulk to a 178-pound frame to be strong enough to handle physical play on the perimeter. He'll also need to cut down on mistakes that led him to have nearly as many turnovers (40) as assists (42).

The Volunteers' five-star recruits are one-and-done first-round prospects, with Johnson looking likely to land in the lottery.

STRENGTHS The 6-4, 205-pound Springer led Tennessee at 12.5 points per game, while the 6-4, 184-pound Johnson was second at 11.3. Springer offers a bigger frame and could see work at the point in the NBA with his ability to get loose in the open floor and connect with teammates (2.9 assists per game). Johnson brings enough athleticism to set an NBA combine record with a 48-inch vertical leap while ranking tied for third in the three-quarter sprint (3.0 seconds). They elevated their games later in the year, going from accounting for about 24% of the team's scoring in the first nine games of SEC play to nearly 43% in the last eight. And both offer strong defensive potential.

CONCERNS Outside shooting is a bit of a question. Springer shot 43.5% from three-point range but attempted just 1.8 per game, so it wasn't a primary weapon for him. Johnson also didn't take many and shot just 27% on his 48 attempts, while he could also help himself by adding some bulk to handle physical play.

The Connecticut sophomore brings enough scoring to likely land him in the top half of the first round.

STRENGTHS The 6-5 Bouknight averaged 18.7 points while shooting nearly 45%, including a 40-point game against Creighton in December. Bouknight can create his own shot by attacking the rim or pulling up off the dribble, and has athleticism to finish at the rim -- such as his high-flying putback dunk against Providence in February. He is also a willing rebounder (5.7), including a pair of 10-board efforts in Big East play.

CONCERNS He shot just 29% from three-point range this year, including just 11 of 41 (26.8%) in his final nine games after returning from midseason elbow surgery, and had 29 more turnovers than assists over two seasons. He also has a lean frame (190 pounds) that might have trouble handling stronger defenders without some added bulk.

• MOSES MOODY The one-and-done guard averaged 16.8 points to help Arkansas push to within a win of the Final Four. The 6-5, 211-pounder has a nearly 7-1 wingspan and could go in the second half of the lottery picks. Moody, 19, was selected to the All-SEC first team, the SEC All-Freshman Team and was the SEC Freshman of the Year. He also averaged 5.8 rebounds, 1.6 assists and knocked down 42.7% of his shots. The Little Rock native led North Little Rock High School to a state title his sophomore season, averaging 18.6 points, 7.2 rebounds, 3.1 assists and 2.1 steals a game. He transferred to Montverde Academy in Montverde, Fla., leading that team to a 25-0 regular season record during his senior season.

• CAMERON THOMAS The 6-4, 210-pound freshman from LSU is a first-round prospect after leading the SEC in scoring at 23 points per game.

• CHRIS DUARTE The 6-6 guard has gone from two seasons of junior college to two years at Oregon and now stands as a first-round prospect. Now 24, Duarte won last year's Jerry West Award as the nation's top shooting guard after averaging 17 points while shooting 53% for a team that reached the NCAA Sweet 16.

• QUENTIN GRIMES The 6-5 junior was the top scorer (17.8 points) for a defensive-minded Houston team that reached the program's first Final Four since 1984. He's likely a second-round prospect who would offer size, scoring and defense to the right roster fit. 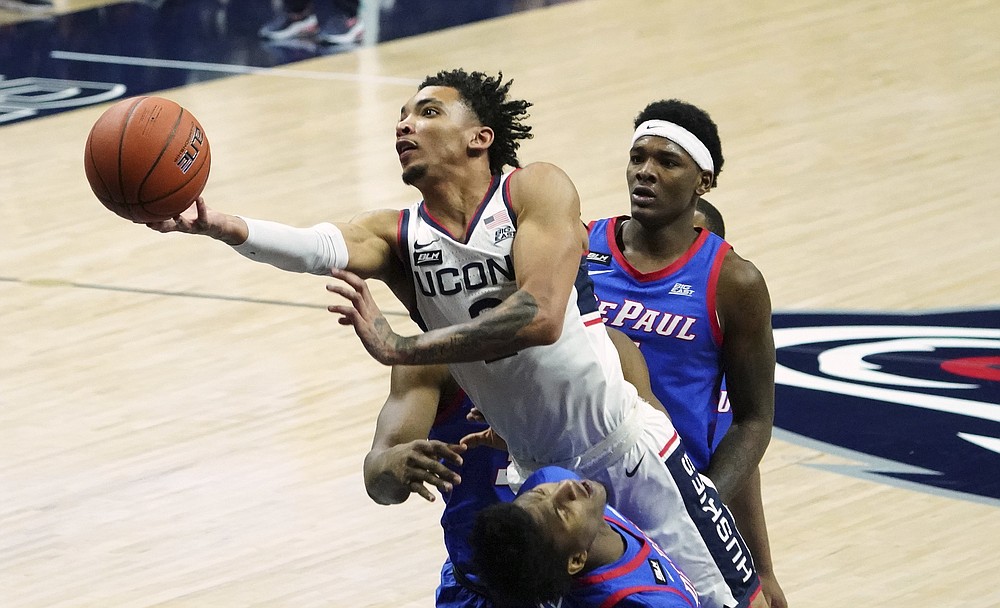 FILE - In this Dec. 30, 2020, file photo, Connecticut guard James Bouknight (2) shoots against DePaul during the first half of an NCAA college basketball game in Storrs, Conn. (David Butler II/Pool Photo via AP, File) 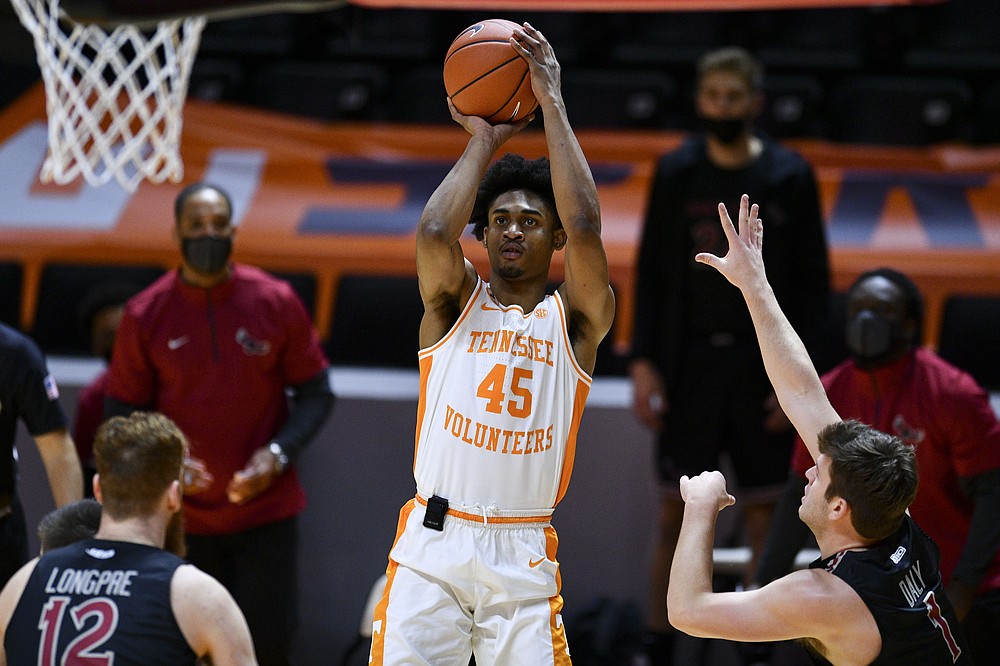 FILE - In this Dec. 21, 2020, file photo, Tennessee's Keon Johnson (45) shoots as St. Joseph's Ryan Daly, right, defends during an NCAA college basketball game in Knoxville, Tenn. Johnson played one season with the Volunteers and is one of the top shooting guards in the NBA draft. (Saul Young/Knoxville News Sentinel via AP, Pool, File) 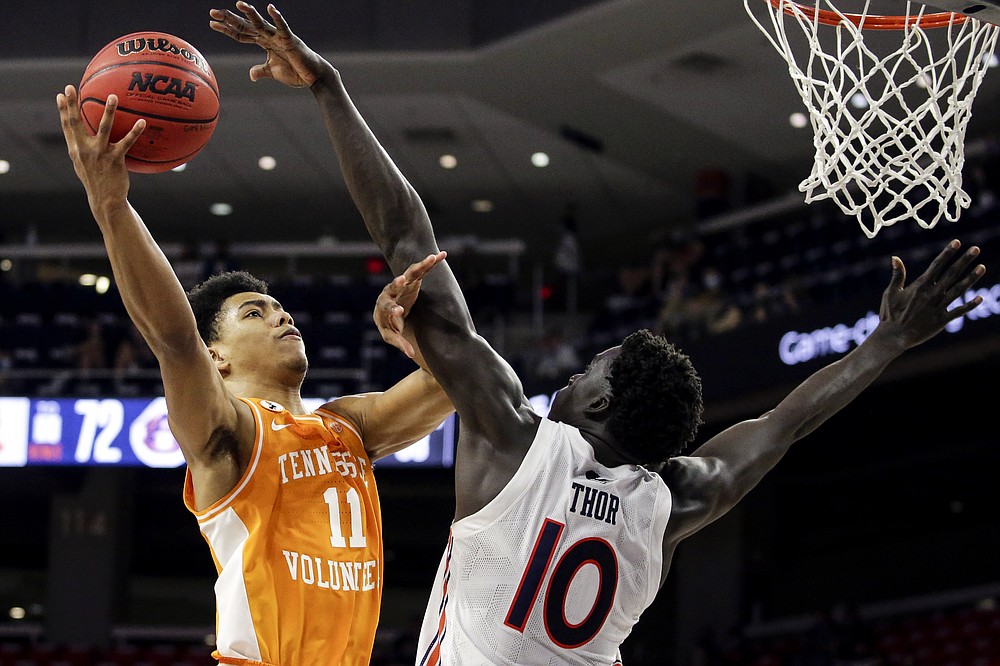 FILE - In this Feb. 27, 2021, file photo, Tennessee guard Jaden Springer (11) puts up a shot over Auburn forward JT Thor (10) during the second half of an NCAA basketball game in Auburn, Ala. Springer played one season with the Volunteers and is one of the top shooting guards in the NBA draft. (AP Photo/Butch Dill, File) 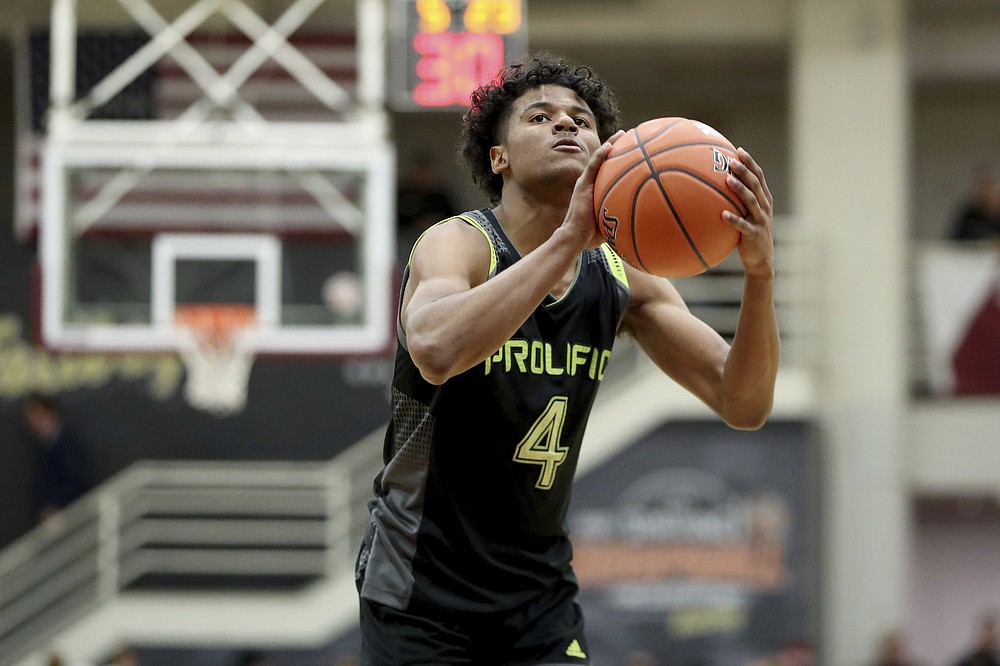 FILE - In this Jan. 19, 2020, file photo, Prolific Prep's Jalen Green (4) shoots a free throw against La Lumiere during a high school basketball game at the Hoophall Classic in Springfield, Mass. Green bypassed college basketball to play in the G League and is a top shooting guard in the NBA draft. (AP Photo/Gregory Payan, File)