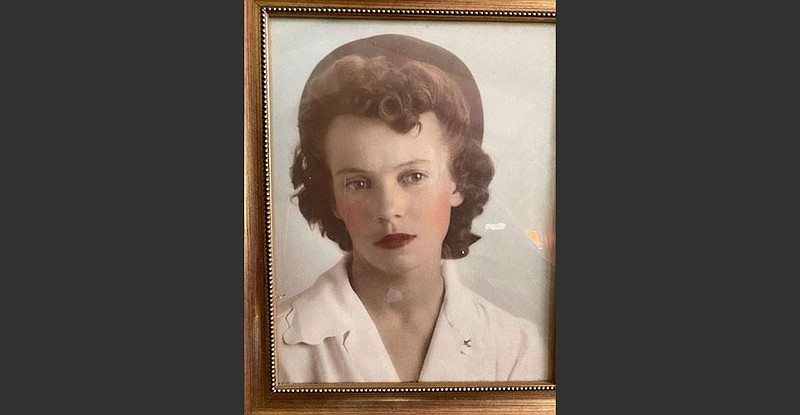 Melba Barrick was a Rosie the Riveter. She made small parts for Douglas Aircraft’s C-47 Skytrains, military transport carriers, during World War II. “I did work in the plant close to the end and we could see that airplane when it rolled off the assembly line,” she says. “I knew that I played a small part but I knew these small parts all went into something big.” (Special to the Democrat-Gazette)

Melba Barrick saw a banner featuring Rosie the Riveter in personal protective equipment when she visited the Arkansas Heart Hospital last year, and she left word that a real-life Rosie the Riveter had visited.

"I did rivet. I learned to do that," Barrick says.

Barrick, just one day shy of 98, grew up in Waveland, near Danville. Her parents were cotton, corn and cattle farmers.

"I was just a poor little country girl," she says. "I wanted to do something, but I didn't really know what I would do."

She was 19, a recent high school graduate, when a cousin invited her and another cousin to visit family in Oklahoma City.

While they were there, they got jobs with Douglas Aircraft Co., making small parts that were used to build C-47 Skytrains, military transport planes that the company sent to help the fight in World War II. They filled positions that might otherwise have been filled by men, had most of them not been off fighting in the war.

"We built planes to take our boys to the distant lands and they dropped paratroopers on Normandy," she says. "One of my classmates was one of them. He lived through it and he came home and lived to be about 96 or 97."

She and her cousin stayed with their relatives until they could get an apartment, she says. They interviewed separately hoping they could work together.

"We didn't get to work together and we didn't get the same shift," she says as she and her cousin were trying to read each other's mind on what shift they would pick. "She got days and I got nights. We had a choice when we went out to the plant and I chose days so I could be with her and she chose nights so she could be with me."

Barrick liked learning to use tools to do her work.

She was not sure where the parts she was making went at any given time but took her work seriously and felt valued for her role in the production process.

"I did work in the plant close to the end and we could see that airplane when it rolled off the assembly line," she says. "I knew that I played a small part but I knew these small parts all went into something big."

She once worked a six-month stretch without a day off. During that time, her parents came to visit and she asked her boss if she could take a Sunday off to spend time with them.

"He didn't say yes and he didn't say no. He just looked at me and he said, 'The boys on the front line don't take off.' So I didn't take off either," she says.

After the war, she returned to Arkansas. Barrick's grandmother lived with them, and their large family gathered around her at their home often.

Two of her cousins served at Pearl Harbor when the Japanese bombed it.

The job at Douglas, thus, was personal for her.

"I don't know how many of my cousins were in service, but it was a lot," she says.

Her mother spent much of her time in the kitchen.

"She was a good cook and we always had company," Barrick says. "She fed many, many people. She could fry potatoes the best of anybody. We raised our vegetables and we canned them."

She met her late husband, Doyle, in a cafe in Belleville, where she was eating with a young cousin and his family.

"As they got up to leave, my husband walked in the door," Barrick says. "He thought I was cute and he wanted to know who I was. So, he came over to my table and he said, 'Are you married?'" she says. "I said, no, and he said, 'Well, let's get married.' He was a big tease."

They raised five children -- four daughters and a son.

Barrick also has nine grandchildren, 10 great-grandchildren and she is awaiting the birth of her first great-great grandchild.

"We always have Thanksgiving at my home. I cook the turkey and the dressing, and the rest of them are good cooks and they fill in," she says. "They won't let me get out of making the dressing." 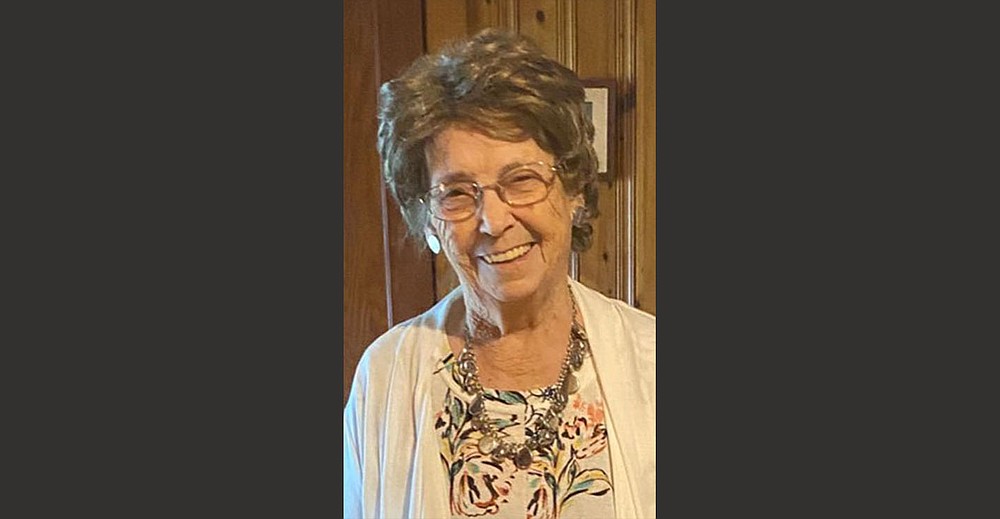 Melba Barrick, almost 98, has five children, nine grandchildren, 10 great-grandchildren and she is awaiting the birth of her first great-great grandchild. Her first job was for Douglas Aircraft in Oklahoma City. She was a receptionist for a funeral home before retiring. “It was a sad place, but also happy [in] that people can get together when they couldn’t any other time,” she says, “and I love meeting people.” (Special to the Democrat-Gazette)