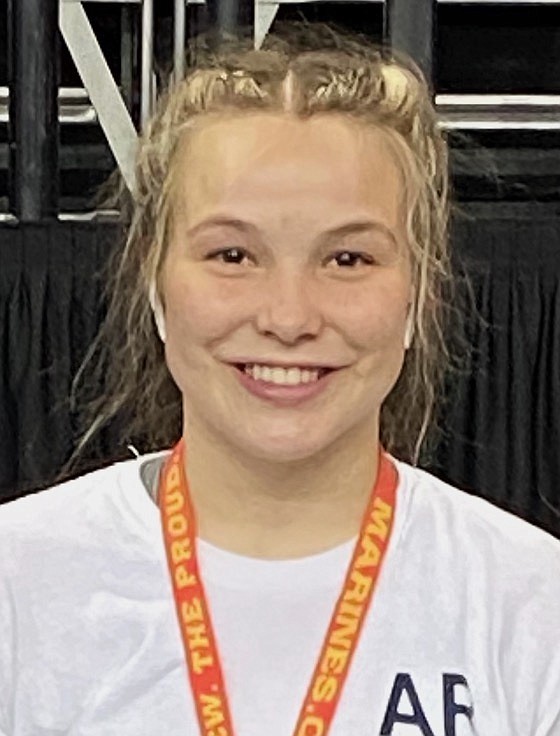 Skylur Lewis and Archer Jones both made their first appearance at the United States Marine Corps/USA Wrestling Junior and Cadet National Championships in Fargo, N.D., a memorable one.

Both Northwest Arkansas residents reached the podium to earn All-American honors in their respective weight classes.

They became just the fourth and fifth females, respectively, from Arkansas to earn All-American honors and the youngest to do so, Har-Ber coach Nika West said.

West, who also serves as a coach for the Arkansas national team, was impressed with the composure both wrestlers showed on the national stage.

"When you take a loss here, you might be on the mat again 20 minutes later," said West, who is also part of the coaching staff for the Arkansas girls' national team. "It can get quick. It's not like in high school where you get 45 minutes.

"Especially in a big tournament, you take a loss, it drains you mentally."

West pointed out Lewis lost her opening match of the tournament, but collected herself to win three in a row and reach the podium.

"It's a lot of hard work on the back side," West said. "Her coming back after losing her first one speaks volumes about her maturity."

West said the pair will serve as a great example to young girls in Arkansas, who might have thoughts of wrestling.

"It lets them know that wrestling is an option and a thing here," West said. "Having these two become All Americans their first year at Fargo is huge for growing the women's side of things in our state."

Girls wrestling has only had two high sanctioned state tournaments in Arkansas, so the sport is still young. A total of 157 girls from 33 schools competed in that tournament last spring. Arkansas took its first female wrestler to Fargo in 2012, but there was a gap before several started competing regularly around 2016, West said. This year the tournament had representatives from 47 states.

Both wrestlers acknowledged there were nerves in the beginning. But they went away when the whistle blew.

"It was overwhelming at first," Jones said. "But it was really exciting and nice to represent Arkansas."

Lewis got into wrestling because of her brother, Zayne, who also won a high school state title last season. Jones credited her father for getting her into grappling and mixed martial arts at an early age when they lived in New Mexico.

Lewis said having her brother as a practice partner has only made her better.

They learned plenty from the experience at Fargo, but will continue to work to get better. 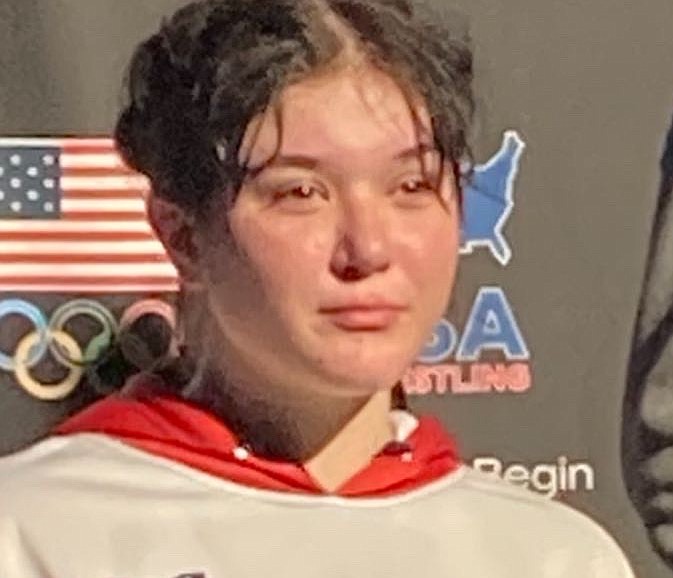