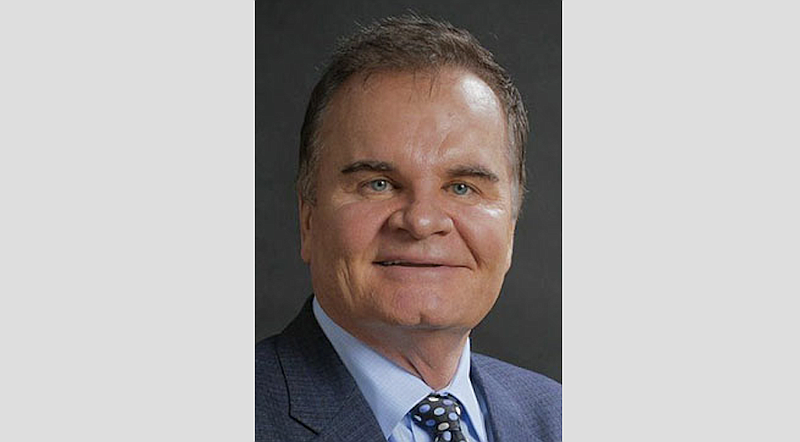 The bribery trial of former lawmaker Gilbert Baker of Conway entered its second full day of testimony Tuesday as jurors heard from the nursing home magnate at the center of the case and an Arkansas Supreme Court justice.

Baker, 64, a former political fundraiser and past chairman of the state Republican Party, is accused of serving as a middleman in an effort to bribe then-Circuit Judge Mike Maggio -- a friend and political ally -- to get Maggio to reduce a $5.2 million judgment that a jury returned in May 2013 against Greenbrier Nursing and Rehabilitation Center in a wrongful death lawsuit.

In addition to the bribery charge, Baker is facing one count of conspiracy and seven counts of honest services wire fraud.

Michael Morton of Fort Smith, the owner of Greenbrier Nursing and Rehabilitation Center, testified Tuesday in federal court that he discussed with Baker political contributions to Maggio, Arkansas Supreme Court Justice Rhonda Wood and others.

Wood also testified about her recollections regarding her dealings with Baker in the matter, telling jurors that neither Baker nor Maggio, with whom she served as a circuit judge, had ever discussed the case with her.

Morton, 70, owns 37 nursing homes in Arkansas and Oklahoma, each one incorporated as a separate entity, he testified Tuesday. Although he could not recall the details, Morton said some of his other nursing homes have been sued in the past but the $5.2 million awarded by a Faulkner County jury in 2013 was the largest judgment ever awarded against one of his properties.

Wood, 51, was elected to the state Supreme Court in 2014, having served two years on the Arkansas Court of Appeals and six years as a trial judge on the 20th Judicial District Circuit Court in Faulkner County.

Assistant U.S. Attorney Julie Peters said during opening statements Monday that the government would prove that Baker funneled bribes to Maggio to reduce an award in the wrongful death lawsuit in 2013. Maggio was running for a seat on the Arkansas Court of Appeals at the time.

Maggio lowered the $5.2 million jury verdict against the nursing home to $1 million on July 10, 2013, the day after 10 $3,000 checks written by Morton for Maggio's campaign arrived at Baker's home via FedEx. The checks were made out to political action committees started by Baker that were helping Maggio's campaign.

Morton testified Tuesday morning before Chief U.S. District Judge D. Price Marshall that Baker had talked to him in 2013 about donating to 10 political action committees that Baker was setting up.

"I wasn't going to be able to remember them all, so I said send me a fax," Morton said. After the checks were sent, Morton said the faxed list of PACs was discarded.

Morton said that his understanding was the $30,000 sent to the political action committees was to be contributed to Maggio's Court of Appeals campaign, although not all of the money made it to Maggio.

Pressing Morton on the timing of the donations, Assistant U.S. Attorney Patrick Harris noted that the 10 PAC donations intended for Maggio, as well as the $48,000 to Wood, $50,000 for Arkansans for Lawsuit Reform and $100,000 to the University of Central Arkansas Foundation, were discussed after Greenbrier Nursing Home had been hit with the $5.2 million verdict in the death of 76-year-old Martha Bull.

"This is a month after you got a $5.2 million judgment," Harris remarked. "You must have a lot of money."

Morton said he already intended to donate to Wood's campaign but said he had never donated to Maggio before.

Under cross-examination by defense attorney Blake Hendrix, Morton testified that in all of his dealings with Baker, the two had never discussed a bribe to Maggio or anyone else.

"When you wrote those checks on July 8, 2013, did you even know your lawyers were having a hearing in front of Maggio?" Hendrix asked.

"You did not even know there was a hearing?" Hendrix asked.

"No," Morton repeated, also saying that as far as he knew, Baker didn't know the hearing was that day either.

Under questioning, Morton said the way the Greenbrier facility was structured financially, it's assets only amounted to around $500,000 in accounts receivable, meaning the $5.2 million award would have bankrupted the facility but would not have cost Morton a significant amount. But when the award was cut to $1 million, he said he had to pay that amount out of his own pocket.

"Because Judge Maggio reduced that award to $1 million," asked Hendrix, "that actually hurt you, didn't it?"

"It certainly did," Morton replied.

After he got word of the judgment, Morton said, he made several phone calls, including to Baker who he said had not heard the news.

As Morton recounted the phone call that he described as "animated," Hendrix asked, "some cuss words were used?"

"I was venting," Morton recalled. "Never in my wildest dreams would I have thought $5.2 million."

That conversation, Morton said, centered primarily on tort reform and the topic never came up then or at any other time regarding bribery.

"We never had a conversation about it," he said.

Wood testified that her friendship with Baker goes back about 25 years and that he had assisted her on a number of campaigns. She said she served for several years with Maggio as a circuit judge, the two of them occasionally filling in for one each other because their offices and courtrooms were next to each other in the Faulkner County Courthouse Annex.

Wood testified that in November 2013, Baker began helping on her Supreme Court race. At the same time, Maggio was running for a seat on the Arkansas Court of Appeals, a race he abandoned in early 2014 over controversial online comments he had made on a university website.

Wood said although she was peripherally aware of the nursing home lawsuit in Maggio's court she never had any detailed knowledge of it.

"I don't have any particular recollection of that standing out to me," she said. "I do recall there was a jury trial going on."

Wood said she was not well-acquainted with Morton although he did host a fundraiser for her in 2009, which she said came as something of a surprise to her because the two had only talked once before.

"When I was on the trial bench we had an unpleasant conversation," she said. "I believe I hung up on him."

As Harris pulled up phone records showing a flurry of activity on July 9, 2013, the day the FedEx package arrived from Morton containing $228,000 -- including the $48,000 destined for Wood -- and asked about text messages that day between her and Baker.

"I don't know," Wood said. "Unfortunately, nobody ever asked me about that until five years or so later."

"There hadn't been a text since the 27th of June, about two weeks before," Harris said. "This was on the day he got all that money for you. Do you think the text could have been, 'hey, I got some money?'"

"Certainly it was not," Wood said. "I would have sent a text back saying return the money."

Because judicial candidates cannot accept donations more than 180 days before the election, Wood explained, she could not have legally accepted the money before mid-November 2013, which was six months before the May judicial election.

"And then he texted you," Harris said. "Do you have any idea what any of those calls or texts were about?"

"I certainly do not," Wood replied, her tone icy. "I sort of resent any implication that I would have any part of that."

"I was just asking if you remember the texts," Harris said.

Wood is to return to the witness stand when testimony resumes this morning at 8:30.