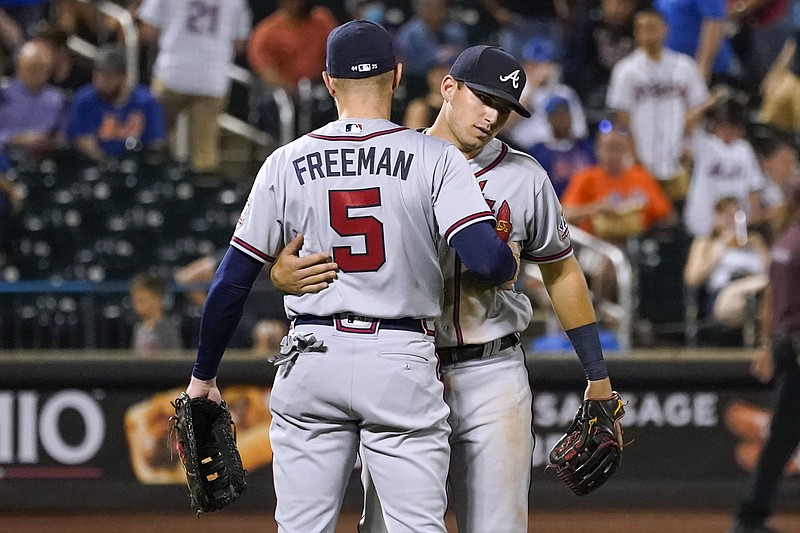 DeJong's two-out, two-run drive in the seventh inning off Bryan Shaw (3-5) put St. Louis in front 3-2. Harrison Bader also homered, doubled twice and stole a base as the Cardinals moved back over .500 at 51-50.

"Shaw has been around the league for a while, so I know what he has," DeJong said. "I just tried to simplify things and was hoping the ball would go out."

Wainwright (8-6) went seven innings and earned his 175th career victory, extending his franchise record to 33 stadiums pitched in during the regular season. Seattle reliever Joe Smith is the active leader with 37.

The 39-year-old Wainwright gave up four hits, including a two-run home run to Jose Ramirez. He struck out eight and walked two.

"I walked down to the batting tunnel instead of the bullpen because I've never pitched here before," Wainwright said, chuckling. "I do remember the clubhouse, I think, but Cleveland is not somewhere we've been to a lot in my career."

St. Louis tacked on an insurance run in the ninth when reliever Phil Maton walked Dylan Carlson with the bases loaded. Alex Reyes picked up his 24th save in 25 opportunities.

Bader has multiple hits in six of the last eight games and is batting .384 (28 for 73) since returning from a fractured rib on July 1.

Ramirez put Cleveland ahead 2-1 in the fourth with his 21st home run. The Indians have lost 16 of 23 to sink into seventh place in the AL wild-card race, possibly making them a seller heading into the trade deadline Friday.

BRAVES 12, METS 5 Austin Riley hit a grand slam and a two-run home run to set a career high with six RBI, powering the Atlanta Braves to a rout of the New York Mets. Ozzie Albies and Abraham Almonte also had two-run home runs for the Braves, who have won two of the first three in a five-game series as they chase the first-place Mets in the NL East.

NATIONALS 6, PHILLIES 4 Trea Turner singled in the first inning and scored on Josh Bell's three-run home run that put the Washington Nationals ahead to stay, but their shortstop was then pulled from the game because of a positive covid-19 test and never played defense in a victory over Philadelphia. Juan Soto hit another three-run home run for the Nationals in the second.

WHITE SOX 5, ROYALS 3 Eloy Jimenez logged his first big hit of the season, launching a go-ahead, three-run home run in the eighth inning that sent the Chicago White Sox over the Kansas City Royals. The 24-year-old slugger, who was the 2019 AL Rookie of the Year and then kept up his power surge during the pandemic-shortened season, tore a pectoral muscle in spring training. He hadn't played in the majors until going 0 for 4 Monday night.