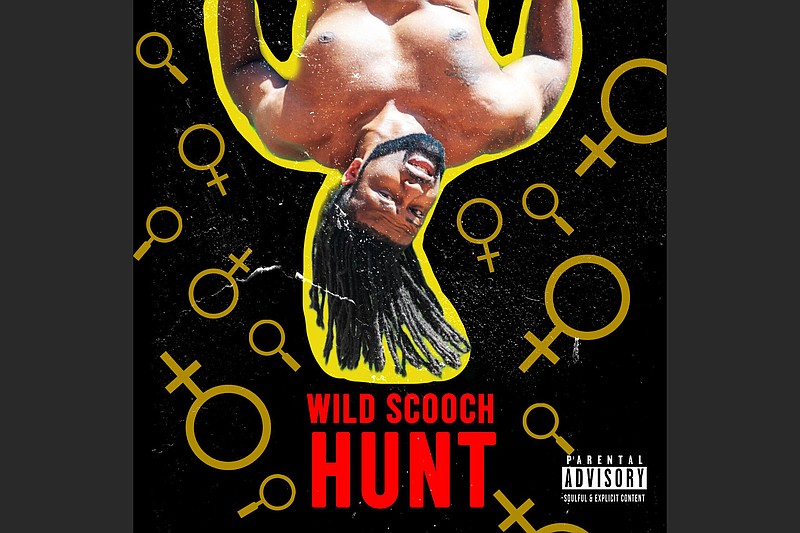 Recorded at his Soul Lounge Studio, the album is a sexy, sometimes funny, hook-filled excursion into Leni's world with traces of R&B, '80s electro-pop and soul all wrapped around his strong falsetto.

We chatted with the 29-year-old about the album's inspiration, backing off his usual prolific pace and how he came up with that title.

This conversation has been edited for clarity and length.

You're known for cranking out work at a pretty fast clip. Did you slow down and take more time with this LP?

Yeah. I was taking my time. I had, like, 25 songs and I had to pick the best ones. I was still creating, but I wasn't releasing anything. I wanted to make sure that this one was a little more cohesive. I took this one a little more seriously.

What was the process of whittling down that many tracks to get to the nine on the album?

That's probably why it's getting released in July as opposed to May or April. It was tough. At first, the project was like an hour and 30 minutes. It took me two months to cut it down and get it in order.

I was curious about the order and the way the tracks are arranged. It seems like there's a story there, starting at track one, "Chance" and ending on the upbeat "Sunset Margarita."

The thing about 'Wild Scooch Hunt' is that is about my journey and dealings with women. It starts off with the bad and ends with the good. I've had a few relationships that were really hectic with a lot of turbulence, and as the album progresses, I meet the woman I'm currently dating and it's really nice.

Did you go into it with that mentality — that you were going to document your romantic life — or is that just how it developed?

It was definitely planned. All I do is take notes on observations and experiences. It hit me like, whoa, you've got something here.

I wanted to run through a few tracks, like "Kill, Kill." It sounds like a relationship coming to an end.

Jordan Craighead made that beat and I had the song written, but we never recorded it. I probably wrote that just a little after I wrote "Chance." It was about a previous [relationship] and a bunch of questionable stuff going on.

"Strum ya Body" is really sexy, and you've got Timothy Bloom on it. How did y'all get together?

I've been following him for about 12 years. I reached out and asked if he would do a track with me. When he told me his price, I went to the bank immediately because this man has won two Grammys [for Ne-Yo's "Say It" and Chris Brown's "All Back"]. We released it in 2019, but I took it down and redid the beat around his vocals.

"Wo Girl" might be my favorite on this record. It's right in the middle, is that where the story starts to change?

It is, and it's funny because that's the last song I wrote for the album. That was a personal song, directly to [my girlfriend].

Is it easier for you to communicate your emotions through music than, say, regular conversation?

Man, it's a tie. Music is my passion, so I can do that, but I've also got a way with words. I don't always need music, but music makes it more fun.

You've got to tell me where the title came from.

I'm a huge "King of the Hill" fan, right? There was an episode where Cotton, Hank Hill's dad, takes Hank all the way to Japan to apologize for his actions there during the war. But he wasn't going to apologize, he was going to meet up with a lady. When Hank found out he was mad and said, 'He dragged us halfway around the world so he could go on a wild scooch hunt' [laughs]. I'd never heard that in my life.