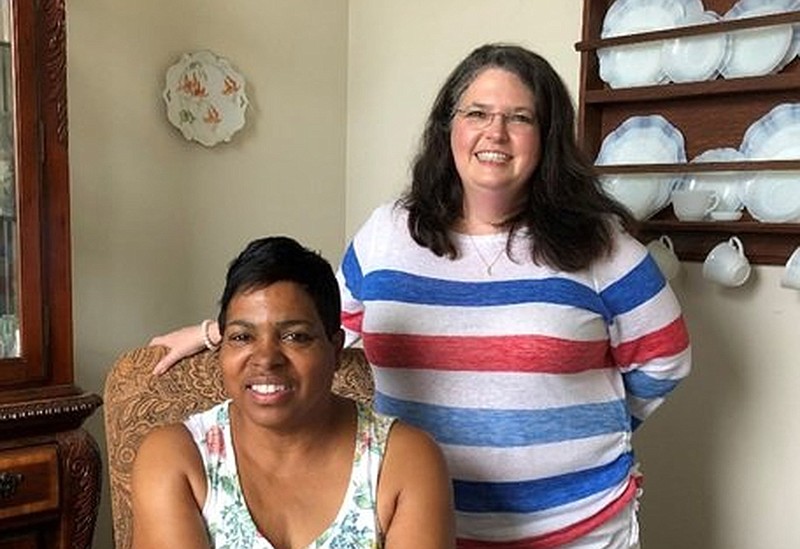 Dot Hart (seated) presents a program while President Sabrina Self-Gwin presides at the meeting July 12. (Special to The Commercial)

A presentation was made by Nicole Bates, director of education for the University of Arkansas for Medical Sciences South Central Center on Aging, according to UAMS' website.

Bates gave each member a summer pasta salad recipe with all ingredients needed for preparation as part of the Healthy Eating and Tasting food distribution program. Each member was asked to prepare the salad and complete provided surveys for the Central Center on Aging.

Dot Hart presented the program on True Colors -- Understanding Personalities. She gave activity sheets to determine what each member's personality category was and how to communicate with other personality categories, according to the release.

To celebrate the third birthday of the New Horizons club, members exchanged gifts and ate cupcakes. New Horizons meets on the second Monday of each month at 5:30 p.m.