All movies become new in due time 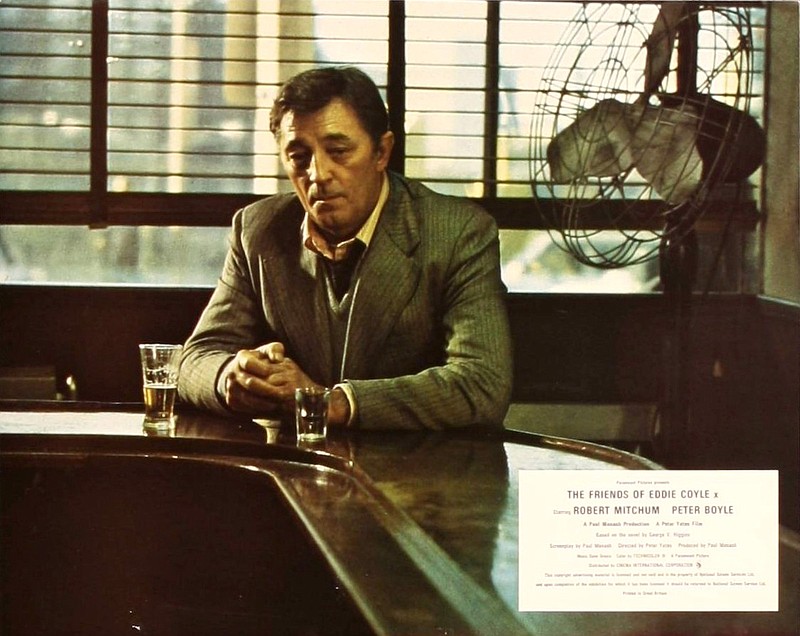 Robert Mitchum plays a conflicted gunrunner who has to decide whether to cooperate with federal prosecutors or be a “stand-up guy” and do his time in a federal penitentiary in Peter Yates’ “The Friends of Eddie Coyle.”

OK, if being Big Shot Movie Man for the past couple of decades has taught me anything, it's that from time to time we have to step back and explain things for people who have tuned in late. We want everyone to get the show.

So here's a primer: There are a couple of reasons this column runs under the rubric "New Movies." The first one is that we used to have a standing feature that listed all the new movies opening in a given week. This column succeeded that one, and stole its hat. The second is an acknowledgment that things have changed. "New Movies" also refers to the movies we consume in ways other than the traditional theatrical experience. New Movies can be about films that are streaming. This column is about the brave new world of movies, not a rundown of what's opening each week.

Though sometimes we do use it to acknowledge certain realities, such as the fact there's no "The Green Knight" review in this week's section because the theater where the screening was held experienced technical difficulties. We'll have the review next week.

In practice, it's really just a new cover for the column that I used to write called "On Film." "On Film" is now a video product, a stream of consciousness rant I record in my home studio and we put up on the internet. At some point, I'd like to professionalize the video, even have guests and show clips and things like that, but right now it's a one-person operation produced by a very busy person. When and if we get technical help, we'll do Zoom calls and the like. But right now, it is a homemade, one-take bit of fun and foolishness. You don't have to watch if if you don't want to; I get pretty far off in the weeds most weeks.

And the grades -- we always have to explain about the grades. The grades are simple and based on Robert Parker's wine rating system. About the highest grade any film gets is 90 (we do give higher grades but we usually reserve them for movies that have been out for a while and have retained a certain potency; I think we have awarded 91s in recent years but in general I'm against that). A grade between 88-90 means the reviewer (not always me) believes it to be one of the best films of the year. 87 and 86 are really good films; an 85 is a solid B minus. Anything above 80 might be worth your time if you're a fan of the genre, director or actors, but anything below 80 is not recommended. Anything below 70 is a crime, not just against art but against humanity.

Not really. I don't take the grades very seriously and neither should you. I'd prefer you read the review. But this is a general interest newspaper, and while a lot of people follow and get the show we put out, others don't. So we bestow grades. It could be worse; it could be dancing boxes of popcorn.

When my little dog Paris used to review films for this newspaper (long story) she used to award from zero to five pink ponies. If I ever get an appropriate film, maybe I'll let Paris review another one -- she's a teenager now. Might be fun.

Oh well, like Rick Nelson said, you can't please everyone, so you got to please yourself.

I've been doing a lot of self care lately; our weekly movie nights have been delving deep into my favorite kinds of movies. Last week we watched Peter Yates' 1973 crime drama "The Friends of Eddie Coyle," about a low-level, mob-connected gunrunner (a wonderfully seedy Robert Mitchum) looking at doing hard time and thinking about ratting out his buddies in exchange for a lighter sentence. And my summer movie class (the last one for this year) just screened Michael Mann's ultra-stylish "Thief" from 1981.

We also knocked out Bill Duke's underrated "Deep Cover" from 1992, an underrated and cynical movie about the futility of the War on Drugs that pairs Laurence (then billed as "Larry") Fishburne with Jeff Goldblum. They should have made six or eight movies together.

We also watched "Don't Look Now," Nicolas Roeg's Gothic suspense (not horror) film from 1973. This week I'm thinking we might watch Alan J. Pakula's "Klute" (1971), the first installment of his so-called "paranoia trilogy," which includes "The Parallax View" (1974) and "All the President's Men" (1976). (I don't know that I need to see the latter film again anytime soon, but I sense a "The Parallax View" screening in our near future.)

Or we might go with John Scheslinger's follow-up to "Midnight Cowboy," "Sunday Bloody Sunday" (1971). Or Bernardo Bertolucci's "The Conformist" (1970).

I've seen all the films before, but none of them in the past 20 years or so. And because we never really see the same film twice -- we always bring a different set of emotions and experiences with us to the theater (or our couch) and remix the movie in our head -- they are all, always, new movies.

Print Headline: All movies become new in due time