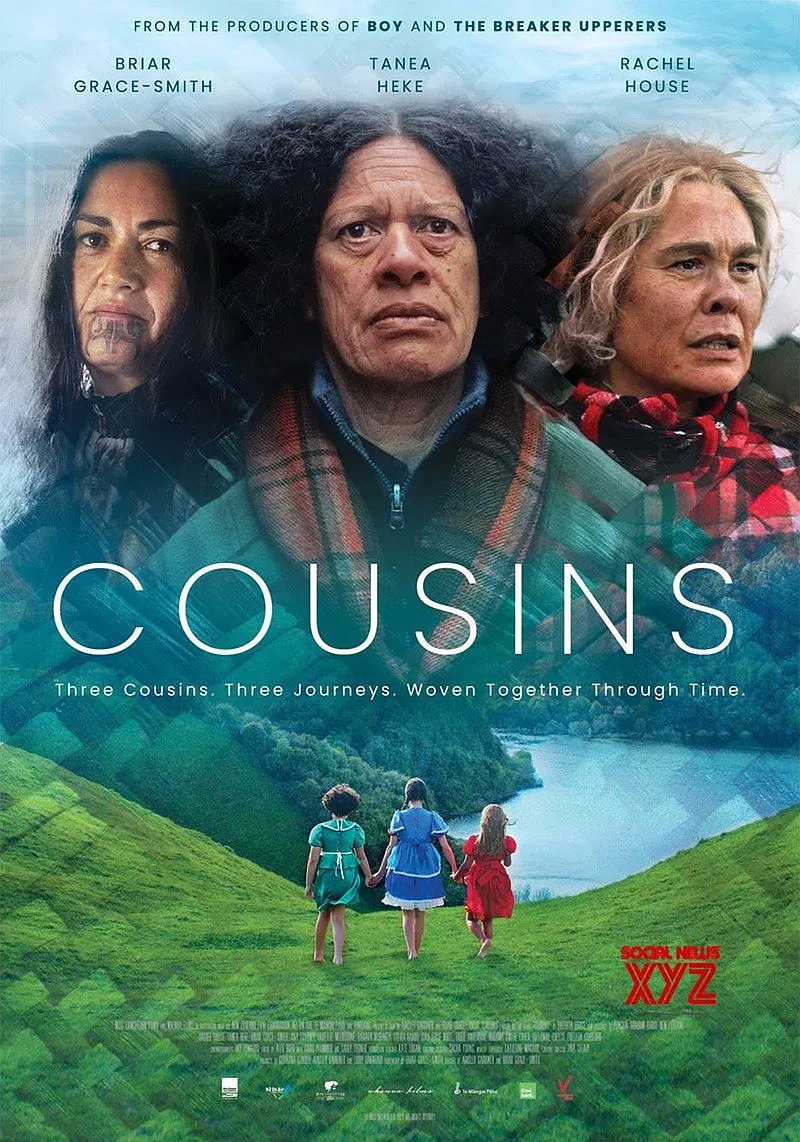 It's a powerful ensemble epic about identity and family that had its world premiere at the Maoriland Film Festival, held in March in Otaki, New Zealand, where it won the 2021 People's Choice for Best Feature Drama and debuted at No. 1 at New Zealand's box office when it was released earlier this year.

At the heart of the story are three Maori cousins. Orphaned Mata believes she has no whanau (family) and lives out her childhood in fear and bewilderment. Educated Makareta flees an arranged marriage to study law and begin the search for her missing cousin Mata, leaving behind dutiful Missy, who takes on Makareta's role of kaitiaki (guardian) of the land. As the years pass, their promise to bring their stolen cousin home seems more unlikely than ever, until a chance encounter changes everything.

"Jakob's Wife" (not rated, 1 hour, 38 minutes, Blu-ray and DVD) A genuine, substantive and often hilarious horror adventure in which the wife of a small-town minister who despairs of the diminished state of her life and marriage gains a sense of power and boldness after a chance encounter with a shadowy creature known as The Master. With Barbara Crampton, Larry Fessenden, Nyisha Bell, Bonnie Aarons; co-written and directed by Travis Stevens. Bonus features include a making-of featurette and deleted scenes.

"Almost Famous" (R, 2 hours, 2 minutes, Blu-ray) Remastered under the supervision of writer/director Cameron Crowe and loaded with bonus content, this 2000 rock 'n' roll crowd-pleaser is the semi-autobiographical tale of 15-year-old William Miller (Patrick Fugit), whose passion for music earns him an assignment for Rolling Stone, interviewing and touring with a band named Stillwater, whose smart, funny groupie Penny Lane (Kate Hudson) serves as his tour guide.

I attended a junket in San Diego for the film in 2000. Here are portions of the review I wrote at the time:

Imagine a 15-year-old who is wild about rock music. That's the easy part. This is harder: Imagine that the kid, who has a talent for writing, gets a freelance assignment from Rolling Stone magazine to write a 3,000-word piece on an up-and-coming band.

It wouldn't happen today. But it happened in the early 1970s to Cameron Crowe, who, at 16, became a rock journalist when rock journalists mattered. Now he's a filmmaker, and has made a movie based on his teen-dream experience.

The result is "Almost Famous," a fond reflection of rock 'n' roll life of 1973 as seen through the awestruck eyes of William Miller (newcomer Patrick Fugit), a gentle, geeky adolescent smitten with the sounds and images of Led Zeppelin, The Who, Bob Dylan, the Beatles, Cream and such.

A persevering lad, William manages to get published in Creem magazine thanks to much pestering of its editor, fellow San Diego native and renowned rock writer Lester Bangs (Philip Seymour Hoffman). The well-crafted Creem clips get noticed by the editors of Rolling Stone -- less slick in those days -- who requisition a cover story on starward-bound band Stillwater from the youngster. They don't know he's 15 when they propose sending him on a national tour with the band.

His age, however, is an issue for his mother Elaine (Frances McDormand), a widowed college professor who, although a thoroughly 1970s freethinker, is protective of her son, especially when it comes to sex, drugs and rock 'n' roll.

But if William didn't go, there would be no story. So, after promising Mom he'll call daily, he jumps on the bus with the Stillwater clique, which includes smoldering lead guitarist Russell Hammond (Billy Crudup), exuberant lead singer Jeff Bebe (Jason Lee) and sparkling "band-aid" (don't call her a groupie) Penny Lane (Kate Hudson).

Like any kid his age, William wants to belong, especially since he doesn't command much peer attention at school. But he feels a journalistic duty to stay aloof, to remain an objective observer. "You cannot make friends with rock stars" and keep a critical edge, Bangs reminds him. Bands are cool; rock journalists aren't, but the bands will try to make you feel cool so you'll write nice things about them, Bangs confides.

William's struggle to be a professional while improving his cool quotient is an intriguing cross-country adventure, especially since it's set to the evocative music of Joni Mitchell, the Raspberries, Simon and Garfunkel, Elton John, David Bowie and Led Zeppelin.

His dream-come-true world is almost too perfect. Although noisy arguments arise between ego-filled band members and there's a drug overdose scene that includes a rather vile stomach pumping, the rest of the film is mostly light rock, a musical fairy tale with attractive, well-meaning people being a little bit mean sometimes, then learning how to treat each other better while they all get what they want.

Still, Crowe provides some surprising forays into a rougher reality along the way, including a plane ride from hell and staged concerts that have the combustible energy of the real thing.

McDormand's gift for taking a goofy role and making it believable is at work here. Crudup shows how subtlety can succeed, even with a character who could easily turn into a center-stage cliche. But the best reason to see "Almost Famous" is Patrick Fugit. His honest portrayal of William as a solid, smart kid who starts with a teen-age daydream and ends up with a center-spread byline in a national magazine has what it takes to make him a No. 1 hit.