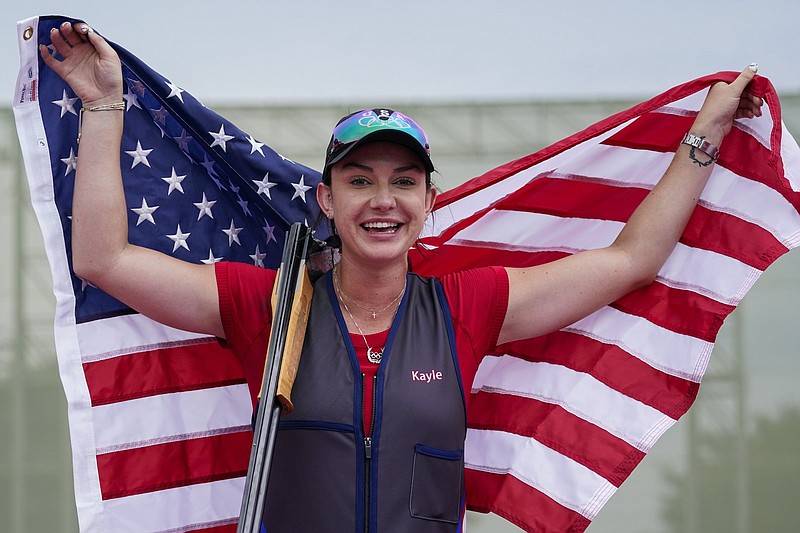 After Greenbrier's Kayle Browning missed two of her 25 shots in the first round of qualifying in women's trap shooting at the Tokyo Olympics, she began to climb out of the middle of the pack.

Her ascent peaked with a silver medal Thursday in the Tokyo Olympics at the Asaka Shooting Range.

"We knew that there was a lot of early pressure," said Kayle's father, Tommy Browning. "I know her game very well and that there were some nerves. But once she settled in, she shot very well.

Slovakia's Rehak Stefecekova won the gold medal with an Olympic record 43 of 50 targets hit in the final round. Browning fell one short at 42.

Browning, 29, entered the second day of qualifying in a tie for ninth place after 71 of 75 successful shots in three rounds Wednesday. Only the top six women would advance to the finals.

Then she posted a 24 in the fourth round, putting her in a four-way tie for the sixth and final qualifying spot with 95.

With 25 targets left to remain in medal contention, Browning didn't miss a one.

She hit 120 of 125 targets through five qualifying rounds to tie for fifth place, sending her to the finals a few hours later.

All six shooters were even to start the final round, with only 25 targets guaranteed before the group began shedding shooters.

Browning missed three of her first four shots. Her response was 19 shattered targets in a row and safely making the cut to five with 20 of 25 makes. That round was second best only to the 21 from Stefecekova, who was a perfect 125 of 125 in the qualification round.

The pressure ratcheted up as one shooter was eliminated after every five targets until there were two.

Browning made four of five as Italy's Silvana Stanco was eliminated in fifth. She hit all five of her targets in the next round, securing a spot on the medal podium when Laetisha Scanlan of Australia bowed out in fourth.

The medalists were determined, but the designations were not with 15 targets to go. Stefecekova led with 30, Browning had 29 and Alessandra Perilli of San Marino trailed with 26.

In the next round of five shots, not only did Browning clinch at least a silver medal by making all five but she also tied Stefecekova for the lead.

Both shooters stood at 34, and Perilli took the bronze with 29. Perilli's medal was San Marino's first in its 61-year Olympic history.

Ten targets would decide the gold medal, but the first set of five swung the event in Stefecekova's favor. Browning missed her first and last target while the Slovakian missed only her last one.

Browning was perfect on her final five shots, but so was Stefecekova for a 43-42 victory.

Stefecekova prevented the United States from winning a gold medal in the event for the third consecutive Olympics.

"We've been very busy and still haven't been to bed," Tommy Browning said Thursday evening of hosting 10-12 family and friends into the wee hours Thursday morning culminating in the viewing of the medal ceremony.

Browning said Kayle, who was born in Conway and graduated from Greenbrier High School before earning a degree in interior design at the University of Central Arkansas, will turn around and compete in the mixed-trap competition today beginning at 7 p.m. Central.

"I was perfectly satisfied her being an Olympian," Browning said. "Being a medalist is a bonus. The silver is just icing on the cake.

"We've only talked to her briefly a couple of times. She was humbled by all the support she's received and truly thinks all of that has helped her through this." 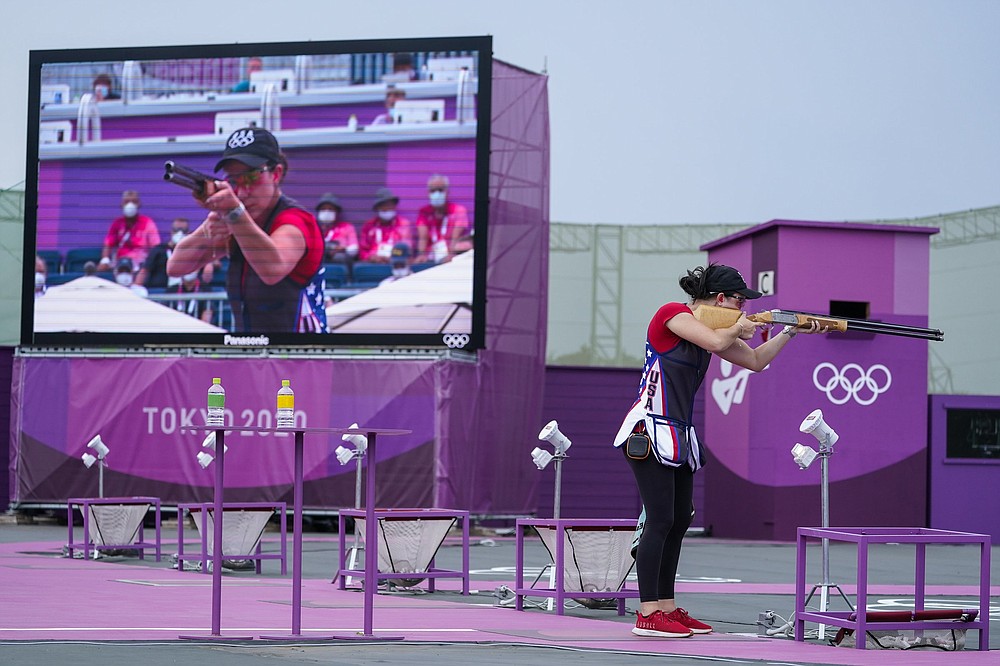 Greenbrier’s Kayle Browning competes in the women’s trap shooting event at the Asaka Shooting Range in Tokyo. Browning won the silver medal after hitting 42 of 50 targets in the final round. (AP/Alex Brandon) 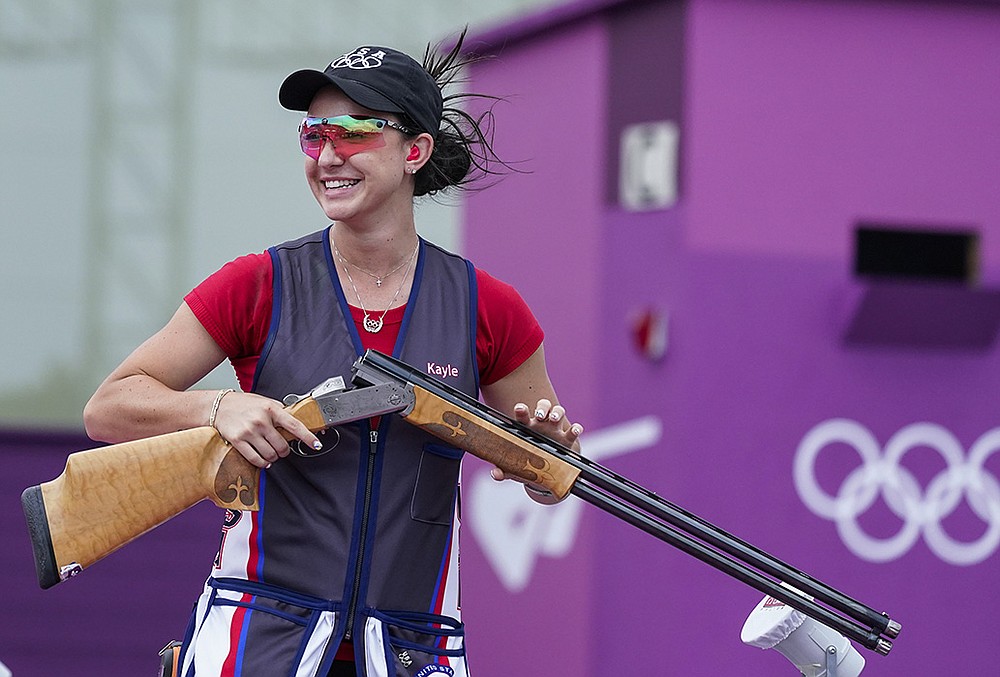 Kayle Browning of Greenbrier competes in the 2020 Summer Olympics women’s trap competition Thursday at the Asaka Shooting Range in Tokyo. Browning took the silver medal in a tight match with gold medalist Rehak Stefecekova of Slovakia. Browning will try for another medal this weekend in the mixed team event with Derrick Scott. (AP/Alex Brandon)