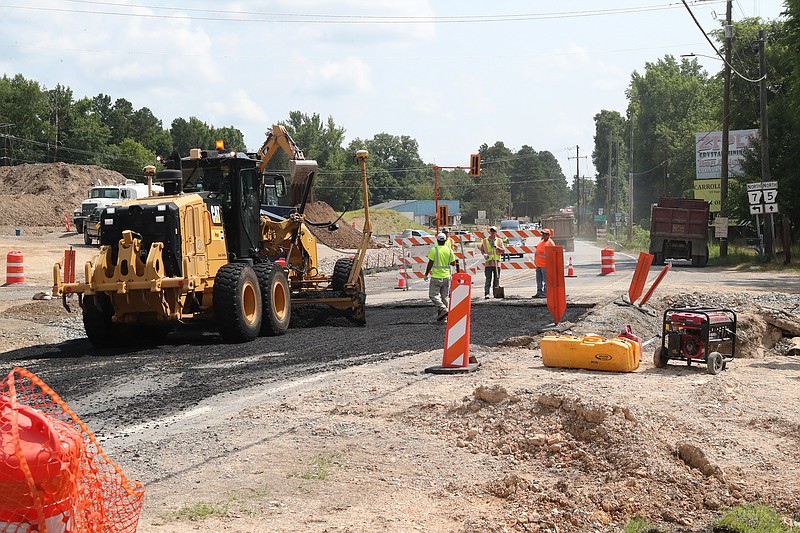 A construction crew works on the roundabout that will connect highways 5 and 7 to the 5.82-mile extension of the King Expressway. - Photo by Richard Rasmussen of The Sentinel-Record

HOT SPRINGS -- Hot Springs will remain a metropolitan area in the eyes of the White House budget agency, allowing local officials to continue deciding how state and federal dollars are spent in Garland County.

The budget office hasn't raised the population threshold since creating MSAs after the 1950 census. Had the office adopted the rule change, Hot Springs would have lost its MSA status and become a micropolitan, or an area with a minimum population of 10,000.

The Hot Springs MSA comprises all of Garland County, which the Office of Management and Budget classifies as a metro area based on the 50,000 people who live in the core-based statistical area in and around Hot Springs. U.S. Rep. Bruce Westerman, R-Ark., said the Hot Springs Metro Partnership, the public-private nonprofit economic development corporation, made him aware of the proposed rule change.

Arkansas "would've probably lost those four MSAs, and there's a lot of structure that goes along with those MSAs and also processes on applying for grants and the way different government program funding is put out. If you looked across the country, I think what would've happened is more urbanization of these government programs, so you would've seen rural America get left out."

Westerman was part of a bipartisan group of about 50 House members who signed a letter urging the White House not to raise the population threshold.

"This affected so many places across the country, so many communities," he said. "I was very glad to see the administration come around and decide not to remove those designations."

The budget office never intended for MSA standards to inform the allocation of federal dollars, but many federal programs use MSA designations to make funding decisions. The reclassification to micropolitan status may have jeopardized the city's entitlement status with the U.S. Department of Housing and Urban Development, which classifies Hot Springs as one of its more than 1,200 entitlement cities eligible for Community Development Block Grant funding.

West Central Arkansas Planning and Development District Executive Director Dwayne Pratt said the micropolitan designation may have affected the Tri-Lakes Metropolitan Planning Organization, the board of local elected officials that recommends area highway projects to the Arkansas Department of Transportation.

The federal Department of Transportation makes funding available for highway construction and planning based on priorities local metropolitan planning organizations set. Without the Tri-Lakes organization, which includes part of Hot Spring County, that prerogative may have shifted to state and regional planners. 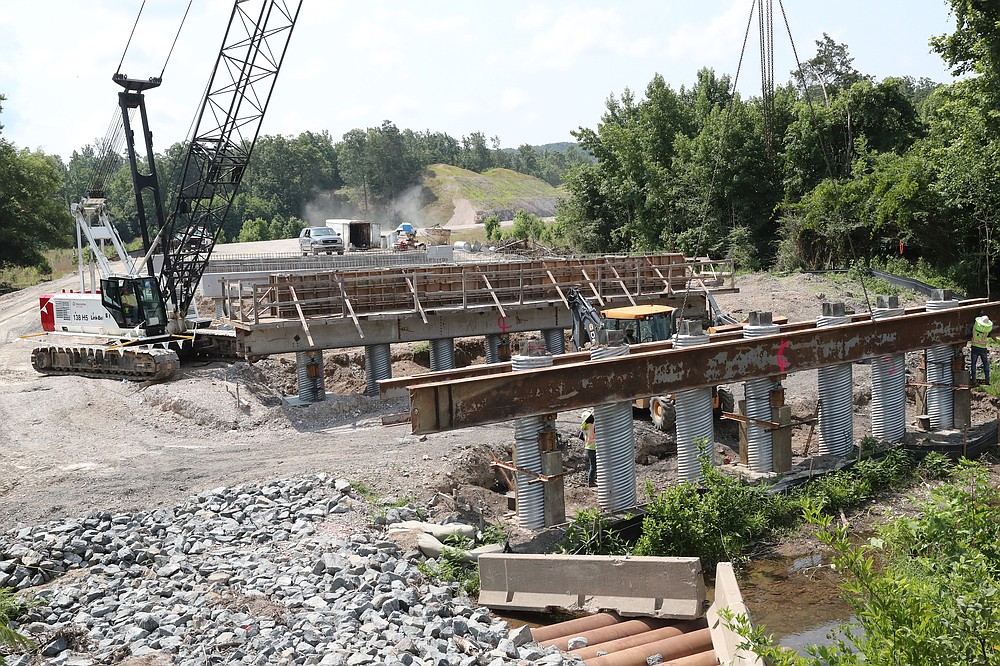 A construction crew works on the roundabout that will connect highways 5 and 7 to the 5.82-mile extension of the King Expressway. The Tri-Lakes Metropolitan Planning Organization recommended the $75.15 million extension for funding to the Arkansas Department of Transportation. - Photo by Richard Rasmussen of The Sentinel-Record