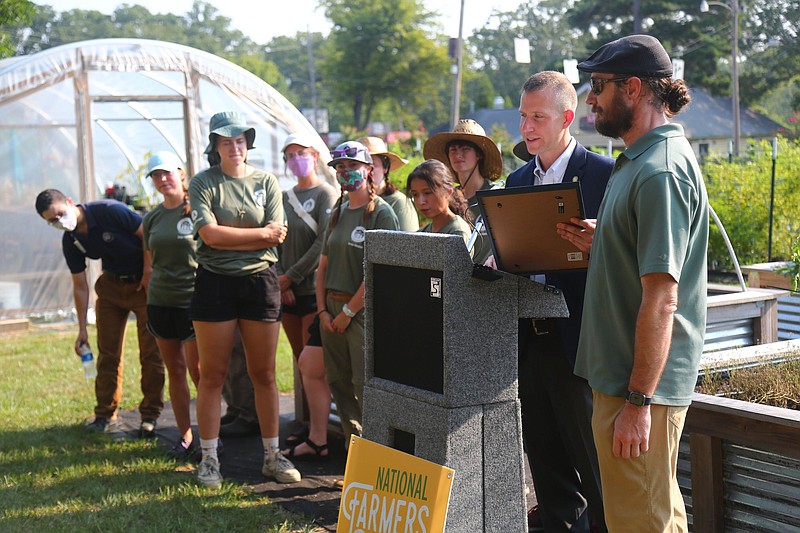 Farmers markets, long thought of as a niche affectation of suburban parking lots or roadside stands, truly came into their own over the past year. As many food retailers struggled to deal with supply chain bottlenecks and indoor capacity restrictions during the covid-19 pandemic, the typically outdoor farmers markets thrived as sources of fresh and local produce and other products.

A 2020 survey, conducted by universities across the United States, found that farmers markets had a 3% increase in first-time consumers -- equating to about 36 million households.

Ron Rainey, extension economist for the University of Arkansas System Division of Agriculture, said farmers markets will likely represent an increasing share of the sources from which most consumers get their food.

"As the survey reveals, farmers markets continue to serve a dedicated and growing segment of consumers," Rainey said.

Rainey has also been instrumental in promoting Arkansas MarketMaker, a free online marketing portal promoting farmers markets and other food producers with searchable maps of local food providers. To use or join the program, visit https://ar.foodmarketmaker.com/.

According to the governor's proclamation, there are more than 112 farmers markets in Arkansas, with more than 80% of the state's 75 counties featuring at least one farmers market.

"Access to healthy foods is a priority of the Healthy Active Arkansas Initiative to reduce obesity rates in the State of Arkansas, and through efforts of initiatives like these, the number of Arkansas Farmers Markets has nearly doubled in the last decade," the proclamation reads in part.

Adams said many markets have seen an increase in the number of vendors selling products and produce under the "Arkansas Grown" and "Arkansas Made" moniker, an Arkansas Department of Agriculture program that promotes locally grown produce and locally made products.

To learn more about farmers markets in Arkansas, visit https://www.uaex.uada.edu/farm-ranch/economics-marketing/experience-arkansas-agriculture/. To learn about extension programs in Arkansas, contact a local Cooperative Extension Service agent or visit www.uaex.uada.edu. Follow the agency on Twitter and Instagram at @AR_Extension.

Ryan McGeeney is with the U of A System Division of Agriculture. 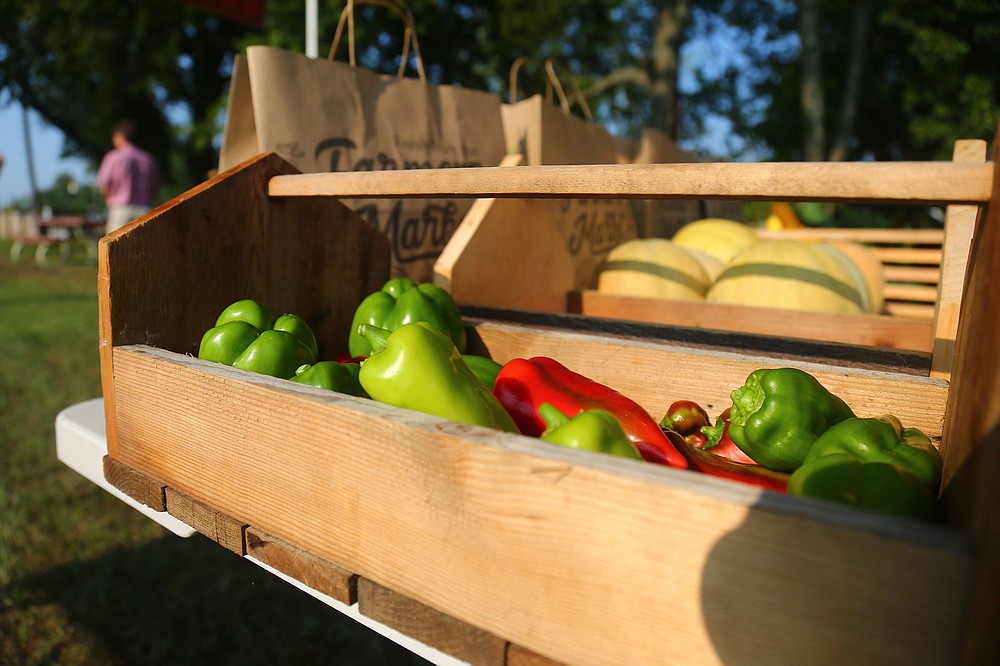 Peppers and melons are among fresh produce available at some farmers markets. As many food retailers struggled to deal with supply chain bottlenecks and indoor capacity restrictions during the covid-19 pandemic, the farmers markets thrived. (Special to The Commercial/University of Arkansas System Division of Agriculture/l/Ryan McGeeney)